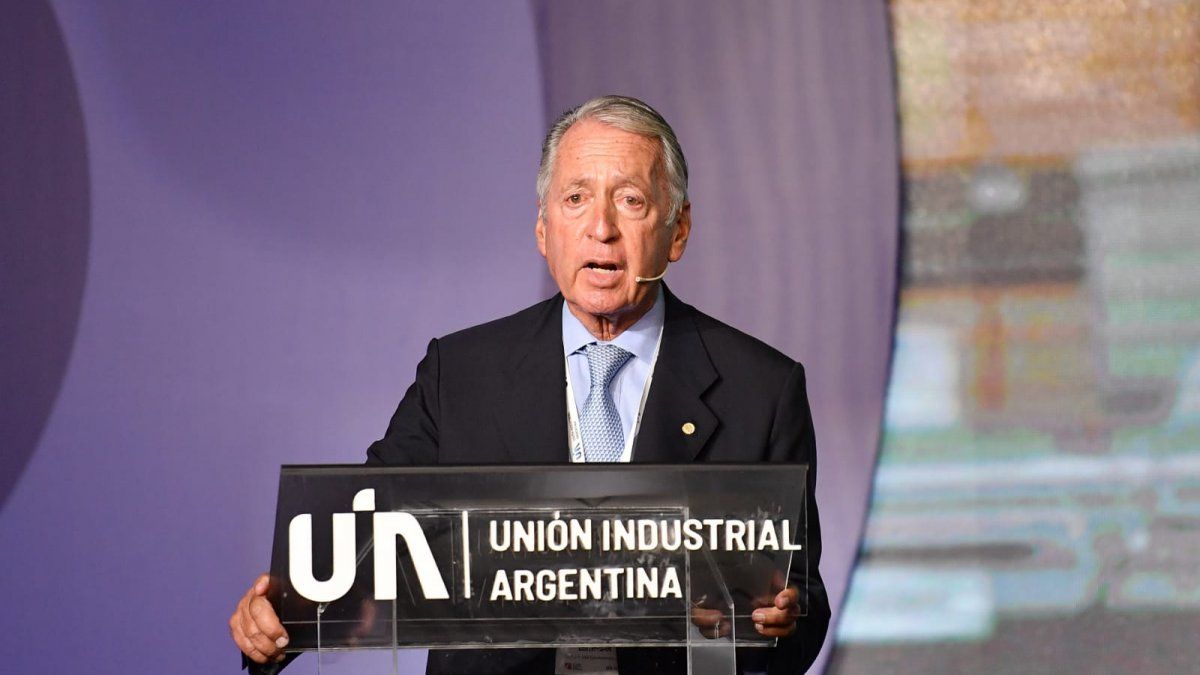 In that sense, he assured that the country is presented “opportunities in mining, energy and food” and postulated that “in the new global scenario, Argentina can and must define its long-term strategy to value all its assets.”

“For that, consensus and continuity over time are needed,” said Drajer, who reiterated the call for dialogue by stating that “Challenges make the logic of the crack obsolete. We are facing the opportunity to build shared challenges. You have to add ideas to multiply opportunities. Political, economic and social leaders are leaders, and they must produce certainty”.

The word of Horacio Rodríguez Larreta

Next, the head of the Buenos Aires government, Horacio Rodríguez Larreta, said that this has to be “the generation that lays the foundations for a 40-year growth in Argentina”, and considered that “that is the challenge”.

“You have to have courage to build agreements with those who think differently. After 100 years, Argentina once again has what the world needs: lithium, energy, Vaca Muerta, food, human resources in technology“Rodriguez Larreta stressed.

He argued that “industry is and will be one of the great engines of Argentine growth,” and considered that “if we (businessmen) free them from the corset and the labyrinth generated by the State, they could produce much more.”

In this regard, he argued that the country must “updating labor legislation and ending the lawsuit industry,” and also proposed “moving toward tax reform and fiscal balance.”

Lastly, he differed from former President Mauricio Macri by arguing that it is necessary to “end the crack.”

“We have been divided for many decades and that makes us lose opportunities as a country. We have to stop generating divisions. I want to work to end and destroy the crack,” said the official.

The word of the entrepreneurs

At the end of the opening panel, the former Minister of Economy, Miguel Peirano; the founder of Grupo Insud, Hugo Sigman; and the honorary president of Aluar, Javier Madanes Quintanilla.

Peirano indicated that “Argentina is an industrial country and has all the conditions to increase its degree of industrialization,” and affirmed that “Vaca Muerta allows the generation of foreign currency to ensure a sustainable macro balance.”

“From 2025 the impact of the energy sector will be fundamental”assured the former minister.

For his part, Sigman pondered “the good moment of the country” and pointed out that “today globalization is being redefined and it is under discussion where the centrality of the global economy will be: in the West or in the East.”

In this sense, he predicted that Latin America will practice an active non-alignment, due to the importance of China in regional trade and due to the historical links of our countries with Europe and the United States.

In addition, he warned about the “very low” investment in the country in terms of innovation and development and asked to focus again there and on education.

Along these lines, Madanes Quintanilla pointed out that “our numbers in educational matters are shameful, and that is where we have to start building a new country model.”

“Our spending on education is above the world average, but the point is how efficient we are in directing those funds,” said the businessman.

On the other hand, the Nation’s Minister of Labor, Raquel Olmos, will participate in the closing of the event “Dialogue and social agreement for productive transformation”, with the presence of the heads of the UIA, Daniel Funes de Rioja, and the Institute of Interreligious Dialogue, Father Guillermo Marcó; and the general secretary of the CGT, Héctor Daer, at the Parque Norte property, Autonomous City of Buenos Aires.