Given the claims, Massa announced changes to facilitate industrial imports 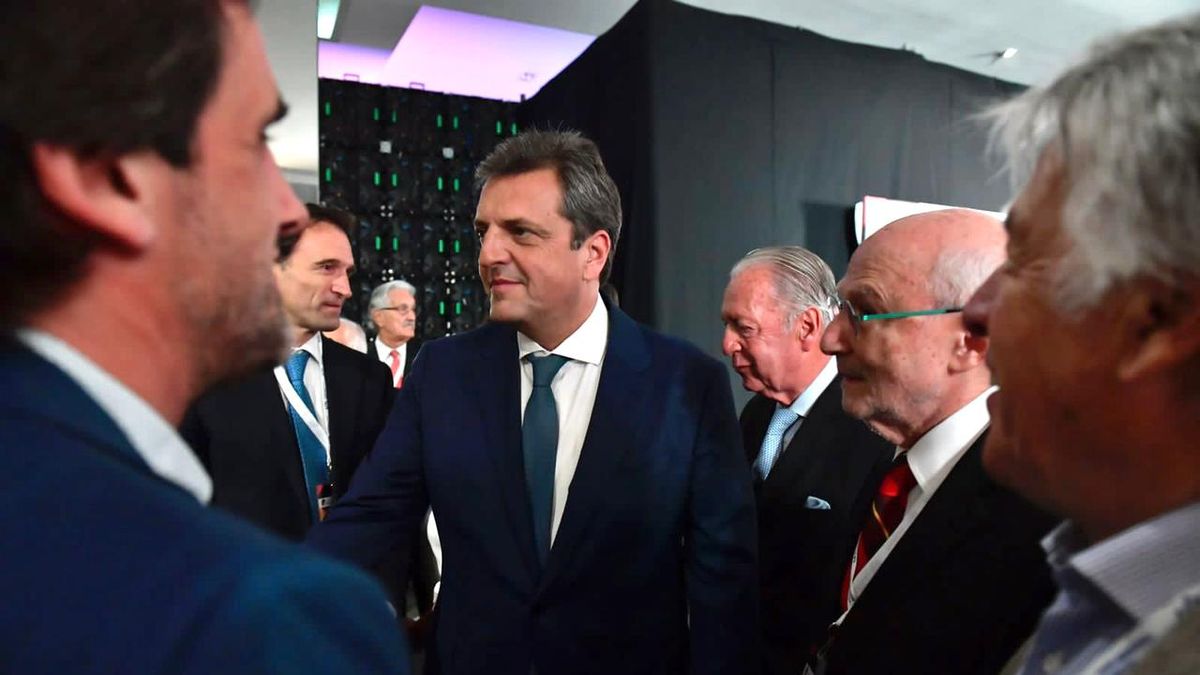 Before the proposal, Massa anticipated three measures that will be applied: they will add credits from Banco Nación to finance purchases abroad, they will change the annual rule to access imports, and they will add a member of the UIA to a government table to discuss critical situations. He reported that if the new SIRA system had not been introduced, by the end of the year there had been import orders for US$39 billion. “Everyone knows that number is not what production needs to work,” he said.

Then, he mentioned the new availability of credits. “I saw Silvina here,” Massa mentioned, referring to Silvina Batakis, president of Banco Nación, who was in the auditorium. In the morning, she had also been at one of the main tables of the Julia Strada auditorium, one of the directors of the Nation. “We are working with Banco Nación to establish a new system. Because most of the Argentine banks abroad are correspondents of Argentine banks. But Banco Nación in New York and Madrid are banks, so we are going to set up a financing mechanism for those who need access to international credit markets,” Massa explained.

In addition, he reported that they are going to fund it with multilateral organizations, which provide a guarantee mechanism for those who need to import from the European market and the United States. As Ámbito was able to find out, Banco Nación will grant financial support for up to 100% of the FOB or CIF value, for capital and durable consumer goods (2-year term) and the rest of the goods, 1-year term. The amortization will be according to the term of granting, as well as interest rates: start at 2.75% plus the cost of the external fund, in 90 days, and go up to 7.25% in more than 24 months.

It is that in the round tables in front of the stage, imports were the main topic of conversation. A heavyweight industrialist in the province of Buenos Aires said that the difficulties of access to financing increase in smaller companies, and those that manage to do so, do so at a rate of up to 12% in dollars. “80% of the factories reduced production or shifts, it is the first thing you talk about when you meet someone here”, said the businessman in dialogue with Ámbito, and preferred not to be mentioned. “They already told us that finished goods will not be the priority, and capital goods are being pushed forward,” said the same source.

Secondly, Massa anticipated that the UIA will have a central place in decision-making. “I met people from the rubber and plastics sector. I understand that they need a mechanism that allows them to solve problems. So we made the decision to incorporate the executive director of the UIA into the weekly work table that analyzes the risk traffic light, so that he coordinates the risk traffic lights with the cameras, sees critical situations and resolves them.

As a joke, Rodríguez from Sinteplast launched before the audience: “We are going to be passing Coatz’s phone”. He was referring precisely to the chief economist of the UIA, Diego Coatz. After Massa’s speech, there was an affectionate hug between the minister and the economist. Thus, Coatz will join a committee made up of Commerce, AFIP, Customs and the BCRA, which will meet Tuesday and Thursday, where cases where there are “divergences” will be resolved, official sources said.

Finally, Massa anticipated that in 2023 they will seek to establish a new “rule” to establish how much a company can import, based on past imports. “It will be a beginning for all those who work with products linked to inputs or intermediate goods. The closing number for this year is +20%, assuming that growth is going to be a little higher than what the budget marks,” assured Massa. “The dollar regime is going to be for the productive sectors, not for the people who make loops or scams from the financial sector on the Central Bank”launched, and received one of the biggest applause of his speech.

Although imports were the main topic of conversation among industrialists, the subject of prices hovered over all the talks, because this Wednesday the Secretary of Commerce disclosed what Fair Prices will be like, a price agreement that will keep 1,400 products frozen for 4 months, and which will be announced this Friday.

Although all the consulted businessmen anticipated that by itself it will not serve to lower inflation, they assured that they will enter with some product. “We are going to make the sacrifice to support the consumer who needs it, the issue is that for that we need to have supplies, because if there are shortages we will not be able to comply,” said Martín Cabrales, vice president of Cabrales.

in the same line, Javier Madanes Quintanilla, president of Aluar and FATE went for more, and anticipated that he is already in negotiations with the Government to reach a price agreement for the supplies distributed, and to form a basket, which includes goods such as packaging. In dialogue with Ámbito, he said: “They are already calling us, but for that we have to have predictability in the exchange rate. If they follow the devaluation guidelines like the current 180 days and there we have to make the sacrifice we are absolutely willing, but if the variables change, it will be difficult”.

To comply with any price agreement, Quintanilla also highlighted the issue of imports: “For now it is going slowly, by exception, due to the good will of officials. We had our problems, because there is also the change of system. Operating by exception is not pleasant, having to bother an official with a situation of distress. It is not productive for the company to have to be thinking about these problems”.

Madanes Quintanilla was one of the most applauded businessmen in the auditorium, after his presentation in a panel on geopolitical reconfiguration. At the end of his presentation, he decided to close by making a reference to profitability. “Private activity is seen as a factor of imbalance in the distribution of wealth,” he assured, adding: “Let’s not be afraid to be profitable, let’s be inefficient.”