Welcome to the American office – journey through five decades 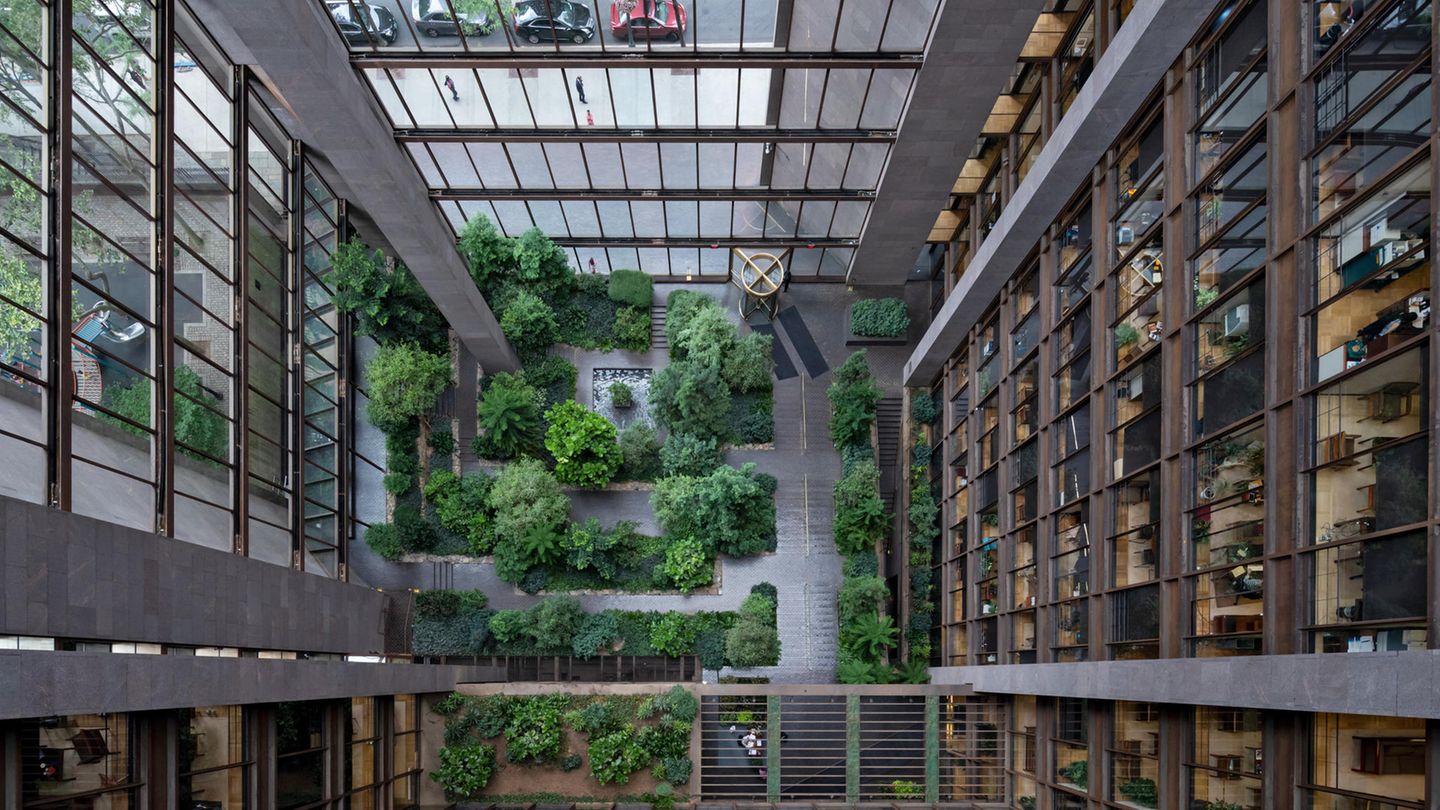 Jane
Jane Stock is a technology author, who has written for 24 Hours World. She writes about the latest in technology news and trends, and is always on the lookout for new and innovative ways to improve his audience’s experience.
- Advertisement -
- Advertisement -

What should it look like, the brave new world of work? The corona pandemic has raised this question with unprecedented force. In fact, architects and entrepreneurs have been looking for ways to merge their high ideas with the reality of working people into an office symbiosis for decades.

In their book “The Office of Good Intentions. Human(s) Work”, Florian Idenburg, LeeAnn Suen and Iwan Baan tracked down the results of this search. In twelve visually rich essays, they examine the spatial typologies and global phenomena that have shaped the office over the past half century – from the abolition of the time clock to the design of playgrounds in the workplace.

From Meta to IBM

Their path leads the authors, among other things, to Meta’s headquarters in Menlo Park, California. It went down in office history as the MPK20. A 7.6 meter high ceiling spans an open-plan office full of exposed cables and art installations. Every wall, every surface should be given the charm of the unfinished.

At the IT and consulting company. IBM, on the other hand, took a completely different approach. The centerpiece of the neighborhood in Boca, Florida is a hexagonal courtyard with a man-made lake in the middle. A geometric pillar construction is the hallmark of the Y-shaped building. This form of ground floor design is the trademark of the architect responsible, Marcel Breuer.

The people behind the work

Florian Idenburg is a New York-based architect and co-founder of SO – IL (with Jing Liu). For years the company has been dedicated to the future of work and in this context has designed a series of workspaces based on the idea of ​​an office without desks.

LeeAnn Suen is a Boston-based architect with a MArch from Harvard University Graduate School of Design. There she contributed to the first volume of Oblique (Journal of Critical Conservation) and served for three years as the editor of Open Letters, a bi-weekly publication that uses letters to address architecture and design issues.

After studying photography at the Royal Academy of Arts in The Hague, Iwan Baan initially worked as a documentary photographer before specializing in photographing people interacting with their built environment. He became famous for his photos of informal settlements such as the Torre David in Caracas – for which he received the Golden Lion for the best installation at the 2012 Architecture Biennale in Venice.