Bodega Gamboa will produce oceanic wines one step away from Pinamar 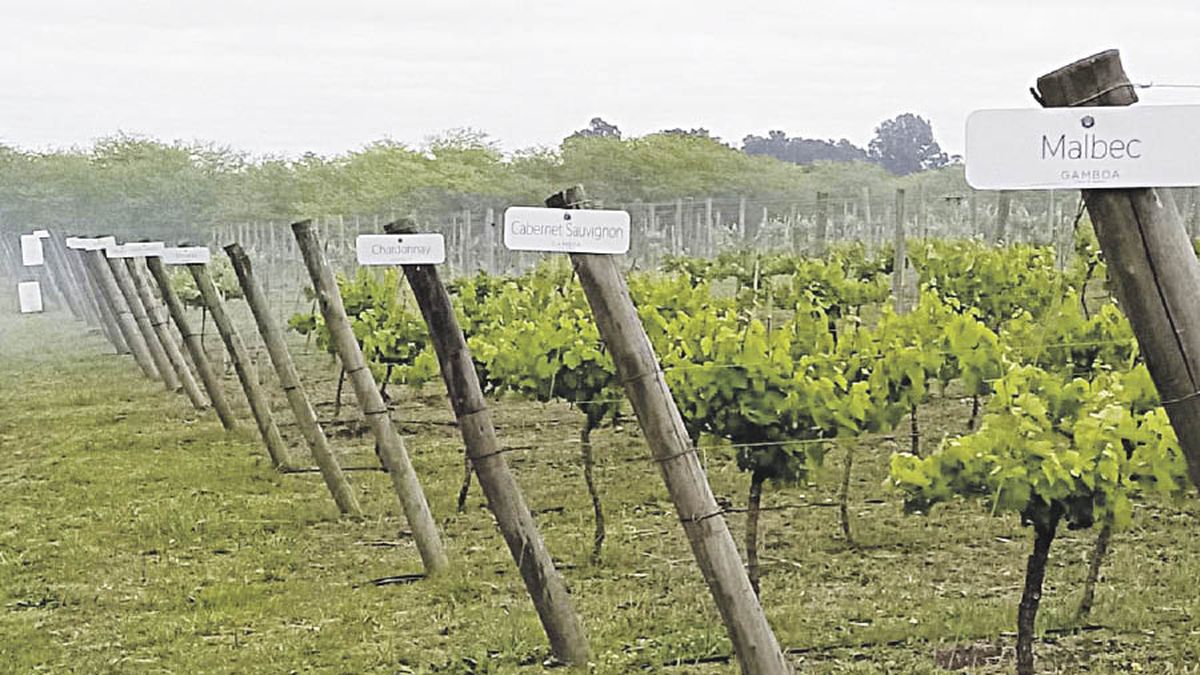 The construction of a winery is planned for 2023 that will allow it to expand production, currently limited to around 300 bottles of each strain. “The project is to build a totally inclusive, modern and ecological winery,” explained Eduardo Tuite, owner of the winery that he named after his mother’s last name.

“In our vineyards we carry out sustainable viticulture with low environmental impact, seeking to obtain a high oenological quality while taking care of the environment,” he added.

Encouraged by the good results and the experience accumulated in Campana, Tuite decided to go for more. And he undertook the project of replicating the Mi Finca experience on the Atlantic Coast. More precisely in General Madariaga, 18 kilometers from Pinamar, where he invested $500,000 to buy a 35-hectare field, where he has already planted 2 hectares of vines.

The investment also involves preparation tasks that will be completed over the next year: cleaning of the property, a lagoon, wiring, electricity installation, purchase of tractors, hiring of architects and landscaping tasks.

The proximity of seaside resorts such as Pinamar, Cariló and the entire coastline up to Villa Gesell, is one of the attractions of the project, which will have services for tourists among its strong points and which will make it the second ocean winery in the country, behind the pioneer Trapiche, from the Peñaflor group, which settled in 2009 in Chapadmalal with its Costa and Pampa line.

The focus on tourism is not detrimental to the development of Gamboa as a winery, nor to the quality of its wines. But it is a matter of deadlines. From the time the first vines are planted to the first harvest to produce, a period of five years is generally required. On the other hand, the wine tourism pole can be assembled in less time and supply it with the wines that come from the Campana vineyard, until it has its own.

To help finance the projects, the winery is open to the entry of individual investors who can join with contributions of between US$7,500 and US$11,000 and own a certain number of plants, receive up to 150 bottles of wine per year and have wine with its own label, among other benefits.

The commitment of Bodegas Gamboa is an emerging growth that wine production has been registering in the province of Buenos Aires, which has grown by 250% in the last ten years, thanks to fifty wineries distributed in various parts of the Buenos Aires map. .

The main winery in the province is Trapiche Costa y Pampa, which produces high-quality wines and sparkling wines in Chapadmalal, just 8 kilometers from the beach.

Their wines are not sold in supermarkets nor in wine bars. They are on the menus of some exclusive restaurants or can be tried by visiting the farm located less than an hour from the center of Mar del Plata.