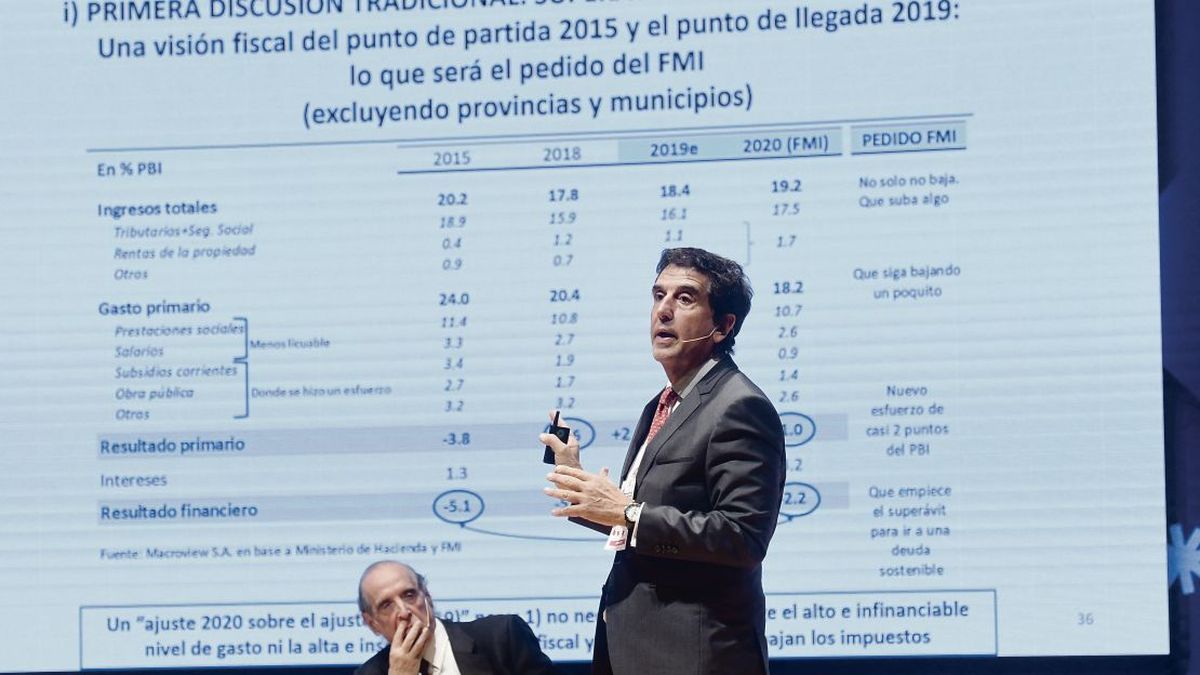 Faced with this forecast, Melconian considered that “the Minister of the Economy is risking himself, and a lot, when he says he wants me to start with 3”.

As a result of this scenario, he warned that “Instead of talking about 100% inflation, the government is going to start talking about the “monthly payment” if it manages to lower it by any point”and insisted that “it does not move from 100% until June of next year.”

Consequently, he assessed that “in order for the agreement with the IMF (inflation guideline) to be fulfilled and that is in the budget, in the second half of 2023 it has to go down to unusual inflation rates, for example to 3% per month “.

Melconian remarked that 100% to June is the projected floor and, therefore, there are risks that it will accelerate, while ruling out the possibility of a “Rodrigazo”. “Any voluntary or involuntary fiscal or monetary easing pushes up the inflation rate,” he added.

Anyway formulated as end-to-end inflation forecast for 2023 of 80%.

Melconian spoke today during a webinar held by MegaQM, a company dedicated to the administration of Mutual Funds.

Regarding the fiscal situation, he made a distinction on how the latest results and the conclusions of professionals and journalists are being presented: “The measurements in real terms seem to be an adjustment but at the cost of bringing inflation from 50 to 100%”he emphasized.

Then he insisted on defining the economic program being carried out by Minister Sergio Massa as “Caruso Plan” for “avoid going downhill”while stating that “there is no plan B”.

Melconian downplayed the effectiveness of the “Fair Prices” program and included it in the intention of showing “that work is being done” to contain prices.

The economist also put the magnifying glass on the issue of reserves and the number of scattered announcements and without detailed explanation about the entry of dollars to the Central Bank.

He mainly pointed to the swap announced with China and the attempts being made with Brazil: “Here you have to tell me if real bills come in.”

Melconian further stated that “in Washington there is no interest in pushing Argentina into the abyss”.