The soybean dollar II and incentives for hydrocarbons are coming 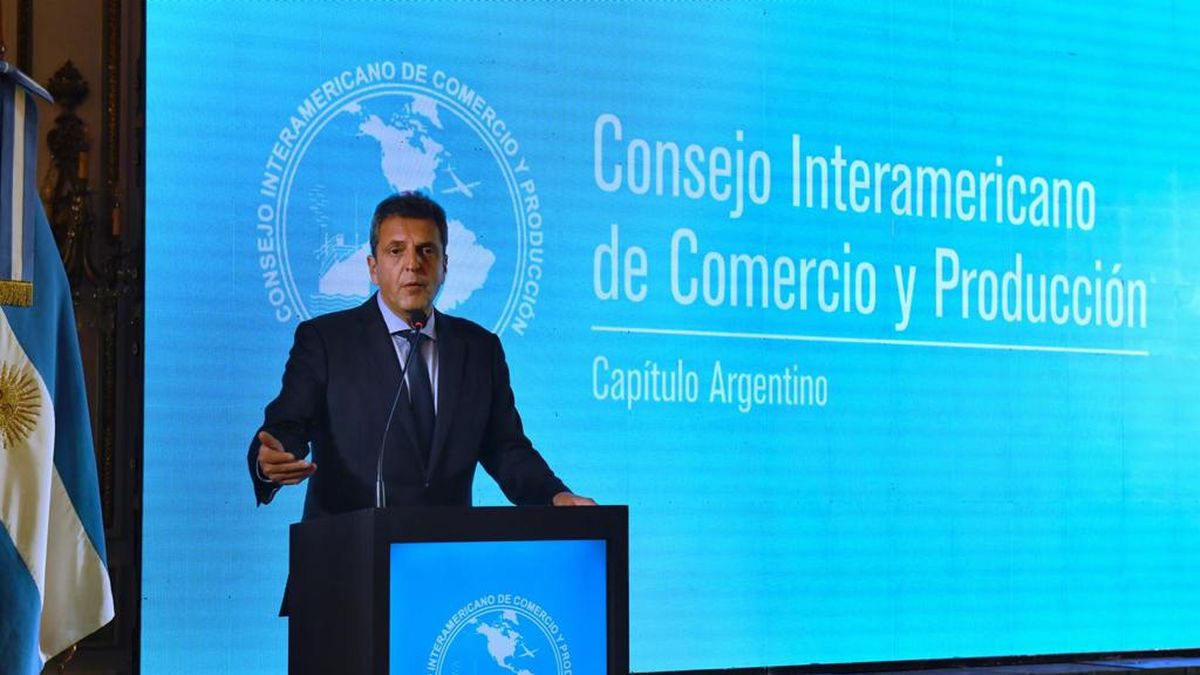 Although, in the Ministry of Economy, they do not confirm it, nor do they deny it. Ámbito was able to learn that the measure has already passed the study stage and that its announcement and implementation may be imminent.

Sergio Massain his capacity as Minister of Economy, spoke this Thursday under the watchful eye of 250 businessmen convened by the Inter-American Council of Commerce and Production (CICyP).

In his half-hour speech, he described the objectives he has for the Argentine economy and anticipated that this year “We are going to close the year with a 2.5% fiscal deficit” complying with the guidelines established in the agreement with the International Monetary Fund (IMF).

At this point, I reiterate that he intends to comply with the agreement and, he emphasized, in a conciliatory gesture, that the debt “I take Argentina”, beyond whether it was correct or not that the government of Maurcio Macri (I do not mention it) has requested the loan of 45,000 billion dollars.

With a blue dollar close to 318 pesos The minister was categorical when indicating that: “I believe in paths that are followed in a methodical way, meeting objectives, following an order, being consistent and overcoming difficulties. I don’t believe in magic.”

However, he did not fail to recognize that they can be “have very good results in terms of reserves, fiscal: if we do not lower inflation, uncertainty will not stop. The challenge has to be to follow a path of inflation reduction”.

Precisely on the issue of reserves, the official commitment is to encourage and develop those sectors that contribute foreign currency, in this sense, the hydrocarbon sector receives special attention. In this regard, I anticipate that they will send a draft LNG law to be treated in “in the extended ordinary period, or in extraordinary” that will contain the decrees already established for the sector with the intention of “let them sit by law.”

The explanation of this measure was given by Massa when he said “We aspire for the sector to be the second export turbine of the Argentine economy in the next 5 years”.

One of the doubts of businessmen is whether, before an election year, Massa will be able to resist the attacks of the political sector to expand spending. At this point, the minister surprised with his response: “We have to get used to the fact that elections are not won by expansive fiscal policy” and stated that the government “He will win the election if he is able to lower inflation and give citizens better access to credit.”

Speaking of inflation, the minister defended the Fair Prices program “we started a program that has incentives and penalties and participation of many of those who are sitting here, which allows us to promote a regime of certainty for the consumer on 34,000 products. It is a path that we have to follow with various sectors until we finish molding our expectations to our macroeconomic reality”.

I admit that inflation “needs fiscal order, trade surplus, positive interest rates, low or no monetary issue regime” and questioning To the business sector, he asserted, “I am also clear that many times in speculation situations of profit are produced.”

The minister anticipated that in the next few days the signing andl IGA (automatic exchange of information of persons and beneficial owners of companies with the United States).

For the official, this initiative can serve to “produce a good law, promote that those Argentines who evaded the 2017 money laundering, evaded the Argentine tax authorities, did not pay their taxes and forced an increase in the tax pressure on those who pay taxes, be formalized, laundered, bring your dollars to Argentina and help build value for the future of Argentina”.

And, he achieved applause when he stated: “andThe agreement is going to give us the opportunity that in Argentina we have for the first time the possibility that those who have paid taxes all their lives feel that the State rewards them and those who evaded are punished and serve as an example for the future.”

One of the questions that most of the attendees asked is whether a programmatic agreement between the political parties will be possible.

Massa did not avoid responding to this concern: “It seems to me that defining 8 or 10 issues of economic development, and 4 or 5 points of principle of State administration” that is to say, “an agenda of agreements can give a framework for politics where to move, and can give Argentina a path of predictability.”

And he promised thatall efforts must be exhausted to seek agreements on at least basic points of coincidence”.

Finally, and in what most businessmen characterized as a presidential speech, Massa invited businessmen to build “the idea that whoever governs governs in Argentina, fiscal balance, trade surplus, competitiveness in terms of exports, the accumulation of reserves and development with inclusion are values ​​that serve to cement, build agreements for the next 30 years to that once and for all, from the mistakes and failures that we bring from our history we can learn to leave a better future for those who come after us in future generations”