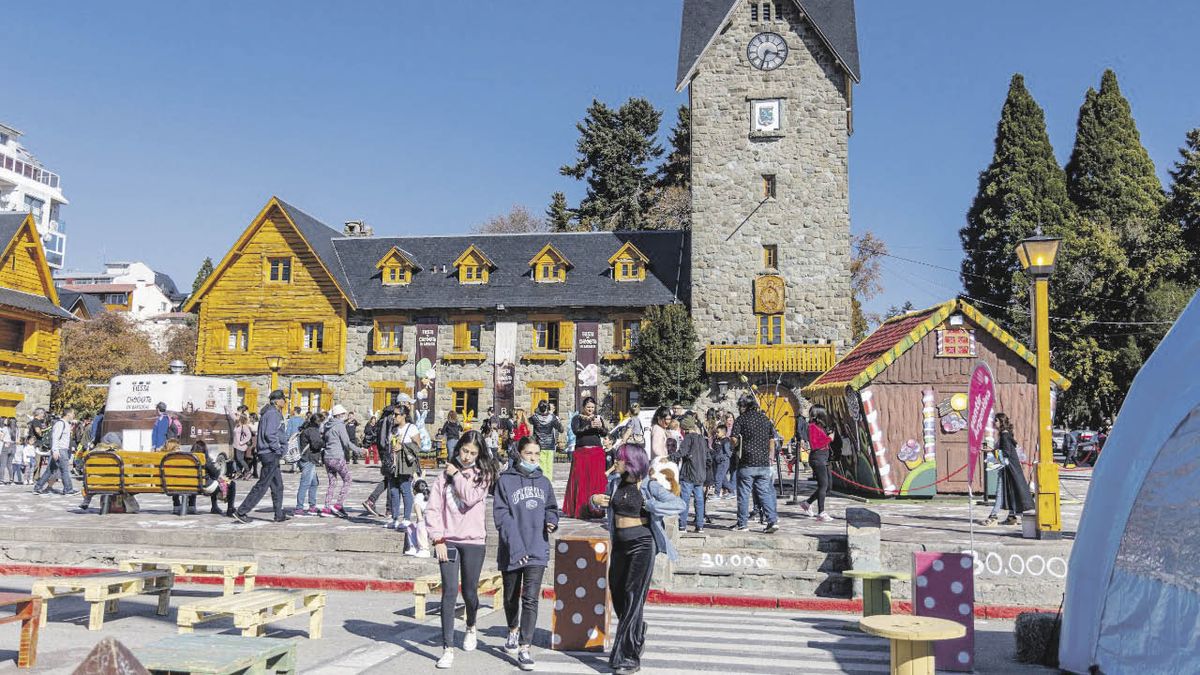 In sea ​​of ​​silverthe president of the Municipal Tourism Entity (Emtur) of General Pueyrredón, bernard martintold Telam that in Bookings for this weekend they counted “with more than 70% of the 40,000 hotel beds enabled At this time of year”.

Monica PortelaSecretary of Tourism of the Buenos Aires party of La Costanoted that they had “an average of reservations of 75%“, and specified that “at this time of year we have 15,000 hotel beds“.

From the Ministry of Tourism of Villa Gesell reported that reservations reached 77%after a survey on 115 accommodations of the capital city of the party and of Mar de las Pampas, Las Gaviotas and Mar Azul. Gesel’s Secretary of Tourism, Marcelo Iglesiastrust that “these numbers will increase according to the arrival of tourists during these days“.

Claudia MansoSecretary of Tourism of Miramarstated that “the expectations are the best for this last long weekend of the year with a average occupancy of 75% of the 2,500 hotel beds enabled“.

The routes to the Buenos Aires Atlantic coast presented this Thursday a heavy traffic Due to the lot of people that addresses the different spas under the long weekend for the holidays.

In the Sierras de la Ventana regionlodging reservations in the localities that exceed the 7,500 places they came to 50% averageTourism authorities of that Buenos Aires commune reported today.

The Secretary of Tourism of the Municipality of Tornquist, Gustavo Sandoval, expressed to Télam that they had ” 50% reserves“Average of the localities that make up the Region: Villa and Sierra de la Ventana, Saldungaray, Tornquist and Villa Serrana la Grutaand added that on Sunday “the summer season will be inaugurated in the Las Encadenadas lagoon.”

In the coastal region, Between rivers registered a 85% reservations about his more than 50,000 hotel and non-hotel beds, in addition to houses and apartments for temporary rent. The Entre Ríos Ministry of Tourism explained to Télam that more than 170,000 visitors were expectedespecially in Colon, Federation, Gualeguay and Gualeguaychú.

in the neighbor Santa Fethe Ministry of Tourism reported that “there is a high level of reservations”, with places that have already reached full occupancy, such as the case of the capital (4,600 beds), while Rosario was in 80% of its 8,000 tourist beds.

In Cordovathe president of the provincial Chamber of Tourism, jose gonzalezensured that the levels of ocapacity of the almost 170,000 seats available range from 65 and 90%, and with “great expectations of greater movement with tourists who arrive without reservations.”

In Villa Carlos Paz, which has more than 50,000 seats, bookings average 75%; in the Calamuchita Valleyespecially Villa General Belgrano and Santa Rosa, expectations are to reach 90%while in the Valley of Traslasierra averages 70%.

In Puerto Iguazu, Missionsexpect a occupancy of around 85% of its more than 15,000 available placesand the arrival of 1,350,000 visitorssources from the Iguazú Tourism Municipal Entity (Iturem) told Télam.

The Secretary of Tourism of San Carlos de Bariloche, Gaston Burlontold Telam that they hope to “reach approximately 78% occupancy” of the 38,000 places of that Rio Negro city. In addition, he stressed that they were “the destination with the most air connectivity in the country reaching almost 20 daily flights“.

the neuquine Villa La Angostura one is expected 80% occupancy of its 6,700 bedsaccording to what the president of the Association of Hotels and Restaurants of that mountainous town told Télam, Martin Serum.

The president of the Gastronomic Hotel Association of San Martín de los Andes, Augustine Rockestimated that will widely exceed 60% occupancy in the 137 accommodations enabled and clarified that “it is normal for tourists to arrive without reservations on these dates, because they are aware of the weather.”

In chubutthe Undersecretary of Tourism, Maria Jose Poglertold Télam that “this long weekend will be a lot less intense in tourism than the similar of october due to the season, the proximity of the end-of-year festivities and also the end of the school year, which in some cases means exams and other events for graduates”.

On the provincial coast, the Secretary of Tourism of Puerto Madryn, Marcos Grosso, reported that “the level of reservations we have for this extra-long weekend is around 65%” for some 7,000 seats.

Sources of the Tourism Observatory of Santa Cruz indicated that they expect 25,000 tourists throughout the provincewhich has some 15,000 placeswith occupancy averages of between 80 and 90% in the main destinationsWhat El Calafate and El Chaltenthe same as Río Gallegos and Los Antiguos.

While, Ushuaia estimates that the hotel occupancy could reach 75% (6,000 hotel beds), Meanwhile in Rio Grande is expected to be reached 30.2%.

The Tourism Observatory of the Ministry of Culture and Tourism of Mendoza indicated that the reserves exceeded 90% in the metropolitan area and tourist circuits.

those percentages mean about 50,000 touriststhe majority coming from the province and the City of Buenos Aires, Córdoba and Santa Fe, in addition to a estimated 2,500 Chileans.

The Directorate of Tourism of the city of San Rafael reported that the reservations in hotels, apartments and cabins exceed 70%so there will be a significant presence of visitors who will occupy their almost 10,000 seats.

In San Juanthe reserve “reaches 75% of the places made available”, affirmed the director of Tourism, Roberto juarezwho highlighted that “the place with the greatest demand is the Andean department of Calingasta” and also mentioned a high percentage in Greater San Juan, Valle Fértil -where Valle de la Luna is located-, Iglesia and Jáchal.

jump I had reserves for “65% throughout the province”which has 27,000 placesthe president of the Salta Chamber of Tourism told Télam, Gustavo Di Mecola.

“As it was happening on holidays this year, neighboring provinces visit us at the last minute, so perhaps this percentage is higher,” the businessman estimated, adding: “We have a good movement of foreignerswhich keeps getting better.”

Jujuy foresees a 70% occupancy in the provinceaccording to hotel reservations on 12,000 places enabledand within this framework the region stands out Brokensaid sources from the Ministry of Culture and Tourism.

The head of that portfolio, Federico Posadastold this agency that they are “finishing a very good year, all the long weekends have been very good and this next one will be too” and added: “We are going to exceed a million and a half tourists this year and it will be a record”.

For Tucuman, the president of the provincial Chamber of Tourism, Hector Vinualepointed out that “the survey is giving us good numbers of accommodation reservations, for this long weekend”

Your colleague from the Chamber of Tourism of Santiago del Estero, Miguel Figueroacommented to Télam that “from the sector, we await with very good expectations the occupation of this long weekend, especially in Las Termas de Río Hondo.”

The Secretary of Tourism of that city, vilma diazalso expressed to this agency that they have “important expectationssince many tourists from Córdoba, Chaco and northern provinces choose Las Termas to enjoy these days”.