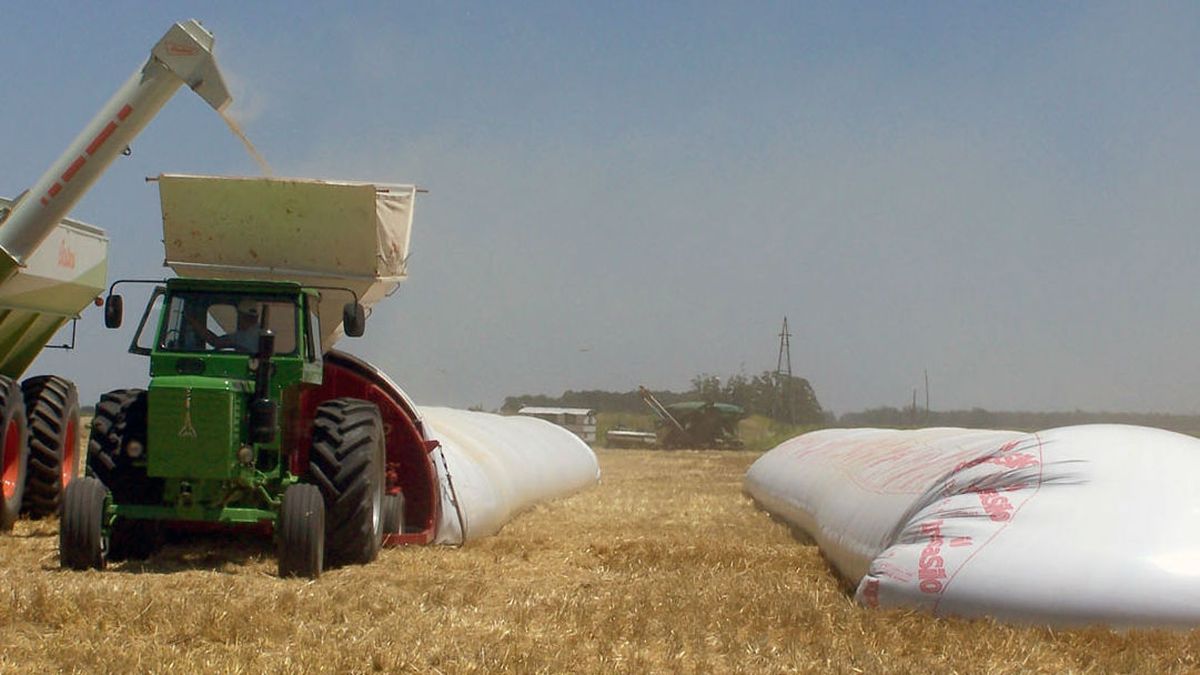 For corn the situation is even more complex. In the core zone, the most productive in Argentina, 80% of what has been planted is already projected as lost. Meanwhile, short-term estimates do not predict significant rains –at least until next February-.

In short, the agricultural campaign is facing the worst situation in the last three years and very comparable to the productive disaster that happened in 2018/2019.

If this scenario continues, only in soybeans the drop in foreign currency income compared to 2022 could be at least US$5,000 million. But if what has already been lost due to lower wheat exports and the setback in the corn campaign is added, the country would stop receiving some US$15,000 million in 2023.

Another key fact that Miazzo highlights is that as of July there will be a delay in the rate of commercialization pending or not a change of government, as happened in 2015. Producers are waiting to know the political sign that will lead the country from next December to make the decision to sell or not since the rules of the game change constantly.

The good news for the economy may come hand in hand with the international prices of grains. Part of those US$15,000 million that would be lost due to lower production could be partly offset by better international values. Or rather with the support of the prices that were evidenced in the final stretch of 2022.

In the last week of December, soybeans exceeded US$550 per ton in the Chicago market and corn was very close to US$270 per ton. There opens a window of hope for the economy, but also a question mark for producers. It is that those who lose a large part of their harvest, can hardly achieve a balance hand in hand with better international values. A State present for small and medium farmers will be a key factor.

It is in this context that the rural entities and the different organizations that represent agricultural production closed 2022 requesting “palliatives” from the Government for those small and medium-sized producers who will strongly suffer the devastating effects of the drought.

Another window that opens is the need for the soybean crushing industry to have quality merchandise. It is that the drought also impacted the quality of the grain to be processed and thus obtain soybean meal and oil, where Argentina is positioned as the leader in shipments. The first projections of exporters anticipate that the idle capacity of local factories may increase and that is not good news for the productive network and the income of foreign currency in this 2023.

Livestock, between lights and shadows

In the cattle and meat sector, the drought is also putting pressure at the beginning of this 2023. Something is already discounted in any case and that is that there will be less availability of meat in the domestic market which, although it could cause prices to rise the producer receives for the live animal, will also have a full impact on the pockets of Argentines who will pay the most expensive beef.

Until December 2022, it was estimated that around 50% of the Argentine bovine stock was suffering the effects of the drought and that is why producers accelerated the shipment of animals to slaughter, thus generating a large supply for the medium term. Thus, 2023 begins with stable meat prices, but the outlook can be complex as the months go by.

“With 12.26 million animals slaughtered until November and some 13.5 million projected to December, the annual slaughter would exceed 25% of the 53.4 million cattle registered at the beginning of the cycle, that is, data as of 31 December 2021. In order not to register a drop in the national stock, this year between 14.8 and 15.1 million calves and calves should be incorporated, depending on the percentage of mortality on the farm that ends up leaving the year, knowing that it is very likely this rate exceeds that which is usually recorded in an average year”, they explained from Rosgan at the edge of 2022.

From the Rosario entity, they clearly explain the scenario that the sector will face this year: “The reduction in the early corn harvest has already been discounted, both due to fewer plantings and the current condition of the crops. According to private estimates, total production could be adjusted by more than 6 million tons compared to the 52 million obtained last year. This undoubtedly already defines an extremely complicated first semester for the feedlot in terms of the economic margin of the activity. However, a change of climatic phase could reverse the scenario for pastoral-based production. If this happens, as shown by the main climate models, and starting in February we begin to go through a phase of neutrality and then enter a rainier autumn-winter, then we could expect greater withholding of farms in the fields. Greater retention and longer fattening cycles inevitably lead to a temporary supply slump that will be felt especially during the first half of the year. Therefore, under both scenarios, either in a context of prolonged drought that forces the release of farms with fewer kilos achieved or, in a more favorable climate context for retention, 2023 is anticipated to be a year with a lower supply of beef” .

Tariffs: the railway union wants a significant increase in wages