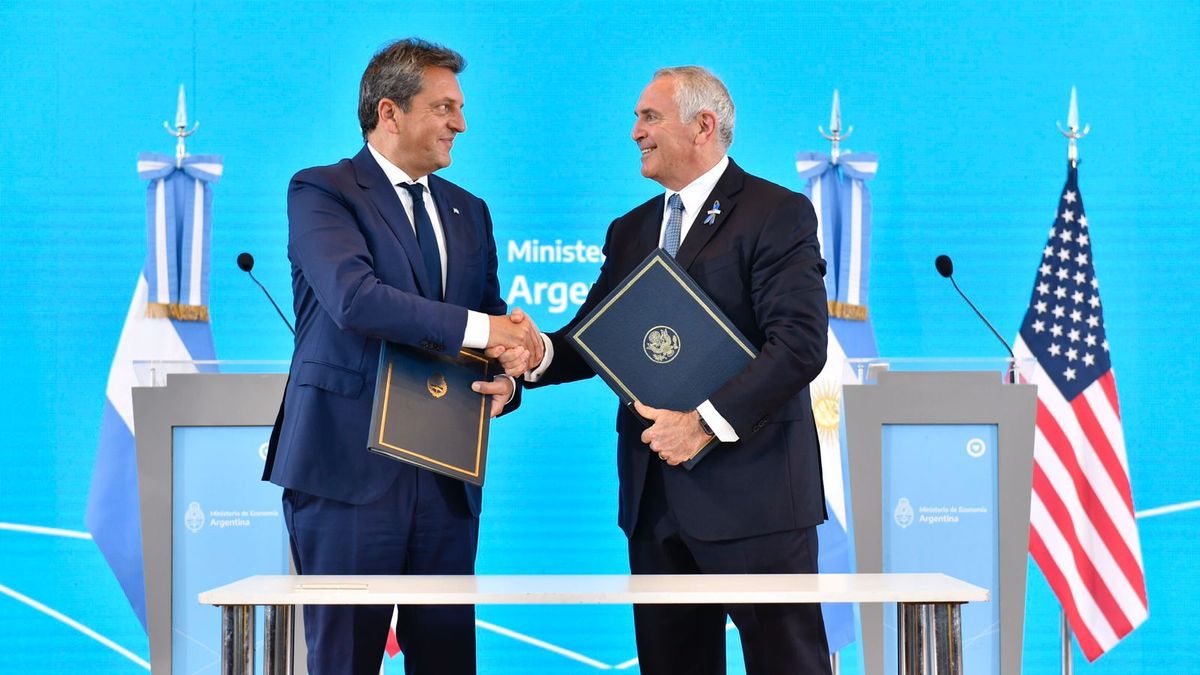 The publication, although it was made today, establishes that the agreement entered into force on January 1, 2023, after being signed on December 5. It is within the framework of Law 24,080, with bilateral instruments that “do not require legislative approval.” Although the text is in English, it is clarified that a text must be prepared in Spanish, which will be considered “equally authentic, after an exchange of diplomatic notes confirming its agreement.” The publication bears the signature of Santiago Montenegro, director of the Treaties Department.

On the United States Treasury website, Argentina appears on the list of 114 countries with which there are intergovernmental agreements (IGAs), with a pdf of model 1. Although “Not yet in effect” appears since it was signed in December, that is, it is not yet in effect, the Government clarifies that the page is simply not updated, in fact, this Monday was a holiday in the United States, but confirm that the agreement entered into force.

as far as he could tell Ambit in dialogue with accounting firms and brokers who preferred not to be mentioned, there are many movements of Argentines with accounts in the United States. People with amounts of up to US$150,000 are the ones who make movements through informal circuits, either “caves”, financial or money changers, to bring the dollars to the country with the payment of a commission, or through the CCL. “They are the little internalized human beings, whose patrimonies do not justify making more sophisticated structures”counted from an accounting study. These “repatriation” processes had an impact on the acceleration of the parallel dollar during the last week of the year, as reported by Economy.

In any case, tax experts clarify that Many people who are in “wait and see” mode, what they do is leave the money in the accounts in the United States, but without generating any type of interest, so that they are not informed. During December they sold their positions either in shares, ETFs, investment funds, bonds, negotiable obligations, or any type of financial activity, and thus not generate US income. What happened in 2022 will not be reported, since the agreement entered into force in 2023, and the information will arrive in September 2024. In any case, official sources clarified that they have already requested information on 20,000 suspected accounts, and they could obtain it this year. within the framework of the agreement that currently governs requests for information by groups.

The case is different for people with assets over US$150,000told the sources consulted. There they are making progress in putting together “more sophisticated structures”, which are not in the name of a human person, but of a company, through, for example, an LLC. Many inquire to open a company in another country that is the owner of the LLC in Delaware, for example. “We will have to see if the United States has an IGA with that other country, in which case the yields with that country will be reported, but not with Argentina,” explained an accountant.

This is the service that many of the brokers in the city went out to sell, which can cost around u$s 5,000 per year, depending on where the LLC is structured, the partners, the assembly of the corporate structure, the opening of the account, the annual tax settlements, maintenance, management, fees, and the periodic review of due diligence. What will be reported in the exchange of information is the IRS form 1042, that is, the US AFIP. “In order for these costs to yield and come out tied, investors have to have a treasury that yields at least 5% and for that you need more than $100,000,” a market source commented. They assure that even if they did not carry out this mechanism in December, they can do it during the year, and what will be registered is that they had a bank account, so the AFIP will be able to ask them what happened.