Concern of businessmen for Brazil: trade on alert 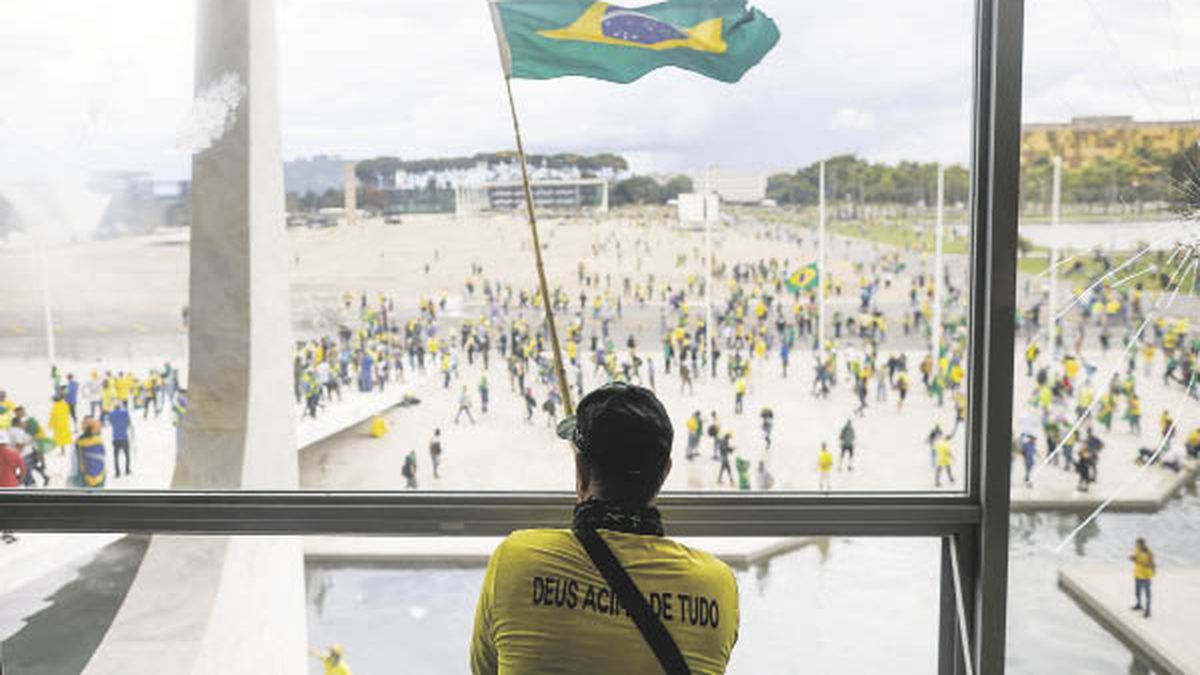 The Argentine Chamber of Commerce (ACC), led by Mario Grinman, assured that the acts of violence “mean a very serious attack against democratic institutions that not only affects Brazil but also the entire region.” In a statement, they also highlighted the local impact: “The recent violent events occur at a time when Brazil is the main trading partner, with growth expectations.” In 2022, bilateral trade between Argentina and Brazil could exceed US$28 billion, the highest value in the last 10 years, according to CAC projections. During the accumulated of the first 11 months, the latest official data, Argentine exports to Brazil were US$11,599 million, an increase of 8.5%.

Since Sunday, companies have been closely following the events in Brazil. “Without a doubt it is seen with concern,” said Juan Cantarella, general manager of the Association of Argentine Component Factories (Afac). The importance of the neighboring country is central: “For the automotive sector, Brazil is equally or more important than the Argentine domestic market, because of everything that is produced, most of it is exported, and 70% is to Brazil. It is closely monitored due to the situation in terms of demand and trade, but also due to structural issues, the flow of foreign investment in the medium and long term takes into account the regional framework, ”he added.

The automotive sector expected moderate growth for this year in Brazil. At the moment, no one can glimpse if the facts could modify the expectations and the future of the impulse that the Lula government wanted to give to Mercosur. Marcelo Elizondo, president of ICC Argentina (International Chamber of Commerce) He described two scenarios: “If the crisis becomes a rapid order and governability with social peace is recalled, it could remain as an episode that has been overcome and the forecasts can be maintained. Otherwise, Brazil could enter a process of tension that will last over time, it is unknown if the people demanding Bolsonaro joins, which is the most important force in Congress. This could radicalize Brazil, forecasts will have to be reviewed and it will make it impossible for Lula to implement her agenda, solve domestic problems and postpone the international agenda.

Also, the business perspective puts the polarization of Brazil in the Argentine mirror, within the framework of an election year. Elizondo frames the events in a “convulsed region”, in the context of what happened in Peru and Bolivia recently. “Institutional legitimacy is weak and there is a lot of discontent, not from small groups, but from popular movements,” Elizondo said. “The concern of business leaders is due to the fear of worsening tension, which could spread the spirits in Argentina,” he added.

Meanwhile, Román Queiroz, leader of Faima and of the UIA, analyzed the possible economic future: “If the crisis leads to a devaluation of Brazil, our input costs increase, and if its domestic market falls, it also makes exports difficult.” In addition, he linked it to local politics: he is concerned that “some” opposition leaders recently identified with Jair Bolsonaro. “This is worrying because the extreme right has been using these methods to disrupt democracy,” he added.

The Business Convergence Forum He also issued a statement rejecting the attempt to alter the institutional order in Brazil. “The validity of democracy in our countries, so laboriously achieved, requires compliance with its protocols: acceptance of the election results, the orderly transfer of power from one president to another and respect for institutions and the division of powers established by the Constitution”. In addition, they called for attempts to “subvert the institutional order” to be repudiated by “all sectors of society.”

SME chambers, such as the Confederation of Medium Enterprises, also came out in repudiation (CAME), which “condemned the attempt to break democracy.” In a statement, they assured that the images generated “anxiety and anguish” and called for “responsibility” from the political leaders to “respect the institutional order.” CAME also assured that both countries have a common destiny, due to the daily involvement of SMEs, for which, in addition to showing solidarity, they asked for a “more active Mercosur”.