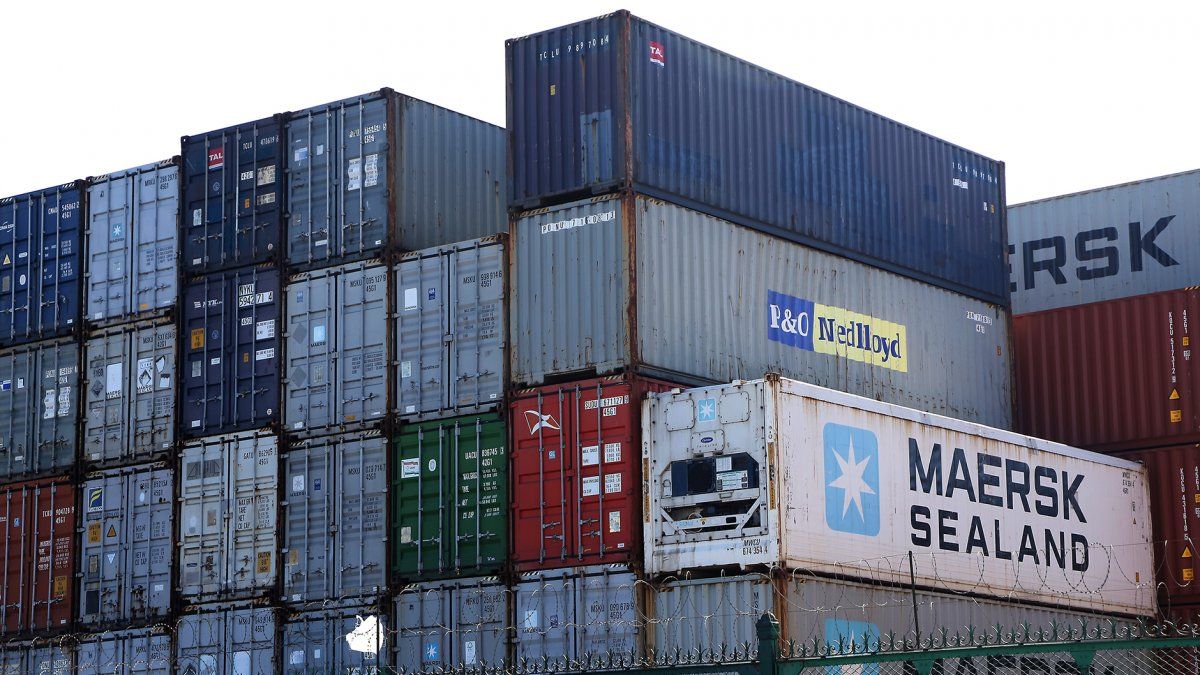 However, that extra balance, key in the middle of International credit markets closed after the Cambiemos debt crisis in 2018it was not enough to avoid the import regulations, present since the middle of the year, even when it allowed imports that accumulated until November they had added an extra 34.3% and u$s8,870 million compared to the same period of 2021. In fact, during the third quarterly review of the IMF, the Argentine government had to request a “waiver of non-observance”, a request for an apology from this body, for failing to maintain a free flow of imports, something to which the IMF finally agreed.

Added to these import restrictions were the postponement of the settlement of dollars to importers by the Central Bank. according to Viewpoint of the News of Work and the Economymade up of economists graduated from the National University of Rosario, these postponements totaled US$7.500 million, in addition to be charged in advance of exports that have not yet been carried out by others u$s1.900”.

The result of these measures, according to the consultant ecolatinfounded by the former Minister of Economy Roberto Lavagnawas that while non-energy imports, measured in a seasonally adjusted manner, “went from averaging more than US$5.9 billion during the first nine months of the year to less than US$5.3 billion between October and November.”

However, from this consultant they add that there was a strong heterogeneity in the explanation of this decrease, because while the amounts of Intermediate Goods, -representative of 37% of the total outflow of foreign currency for the period between January and November-, “fell by 5% year-on-year since July, after growing 6% year-on-year in the first halfthe volume of Capital Goods together with its Parts and Accessories only showed a slight slowdown in its evolutionbut showing increases of around 20% year-on-year”.

As specified in this sense the Report of the Untrefbetween September and November 2022 and with respect to the same period of 2021, the downward trend of imports was in all items, with the exception of imports of motor vehicles which grew 94.2% year-on-year in October.

However, the decline in foreign exchange spent for exports, was not only linked to the restrictions and the deferral of paymentsbut with the seasonal issue linked to energy, an item that explained 75% of the import increase, due to the increase in the electricity and oil sectors.

According to the Report of Untrefpoints out that, in the context of the war unleashed by Russia, the outflow of foreign currency for imports of Fuels and Lubricants had an increase of 141.9% between January and November 2022 with respect to the same period of 2021, but the monthly variation of the months of September, October and November 2022 with respect to the same months of 2021, also in a context of less local cold, “shows a significant downward trend, going from 108.5% to 52.9% and -9.2% respectively”.

In this way, the import panorama of 2022, characterized by the rise of 34.3% in disbursements during the first 10 monthseven against the rise of 50 percent year-on-year that had been experienced in 2021, but also due to the restrictions and deferrals of paymentsraises important questions for the future, in which, in addition, debt payment commitments increaseby a net return to the IMF of Special Drawing Rights for almost 750 million dollars, interest payments with this organization for almost 3,500 million dollars, and interest on restructured bonds for 4,000 million dollarsin addition to the commitment with the IMF to increase the stock of reserves by 4,800 million dollars above the 44,588 million at the end of 2022.

According to ecolatin“the external front will present greater difficulties this year, especially during the summer”. To develop this conclusion, they explain that the prospects for the world economy for 2023 are not auspicious, since a slowdown in growth and a moderation compared to this year in the prices of commodities. They also mention that the struggle to lower inflation in the main countries through a policy of high rates may increase the slowdown in global growth.

Also, and in relation to the local scenario, they state that unlike the last two years “international prices will not compensate for the lower volumes expected for the harvest as a result of the drought“, that he “Soybean dollar 2” would leave less product to sell in 2023in addition to generating retention incentives up new benefits, while the gap will persist at levels incompatible with a scenario of economic stability, with a level of the real exchange rate that will not play in favor. Finally they mention that For the first time since 2018, the IMF will make lower disbursements than the payments committed by Argentina to this body.

From the Development Research Foundation – FIDEin fact maintain that “as we have been suggesting, the main limitation for greater growth is the external restriction, circumstance that will be maintained throughout the year that begins”. According to their projections, an increase in GDP above only 3% “would strongly stress the external front”, while the impact of the drought on primary exports, where the volume of the wheat harvest is projected to be 45% less than last year, can hardly be compensated with the export increase that is projectedconcluding that in the context of this year, imports would contract by 5%, about 4,000 million dollarswhich will affect the level of activity.

The bet to moderate this panorama continues to be the unconventional energy that can be extracted from Vaca Muerta, both to supply energy imports and to increase foreign exchange for exports. According to the Report of the Untref “Vaca Muerta seems to have no ceiling in availability”, but “currently its main bottleneck is in the transport infrastructure, which is why the President Néstor Kirchner Gas Pipeline project is being carried out, from Tratayén (Neuquén) to Salliqueló (Buenos Aires), which is already in the construction stage. In the same sense, from Ecolatina they maintain that in this context “it will be key commissioning of the NK gas pipeline to reduce energy imports prior to the winter season”.