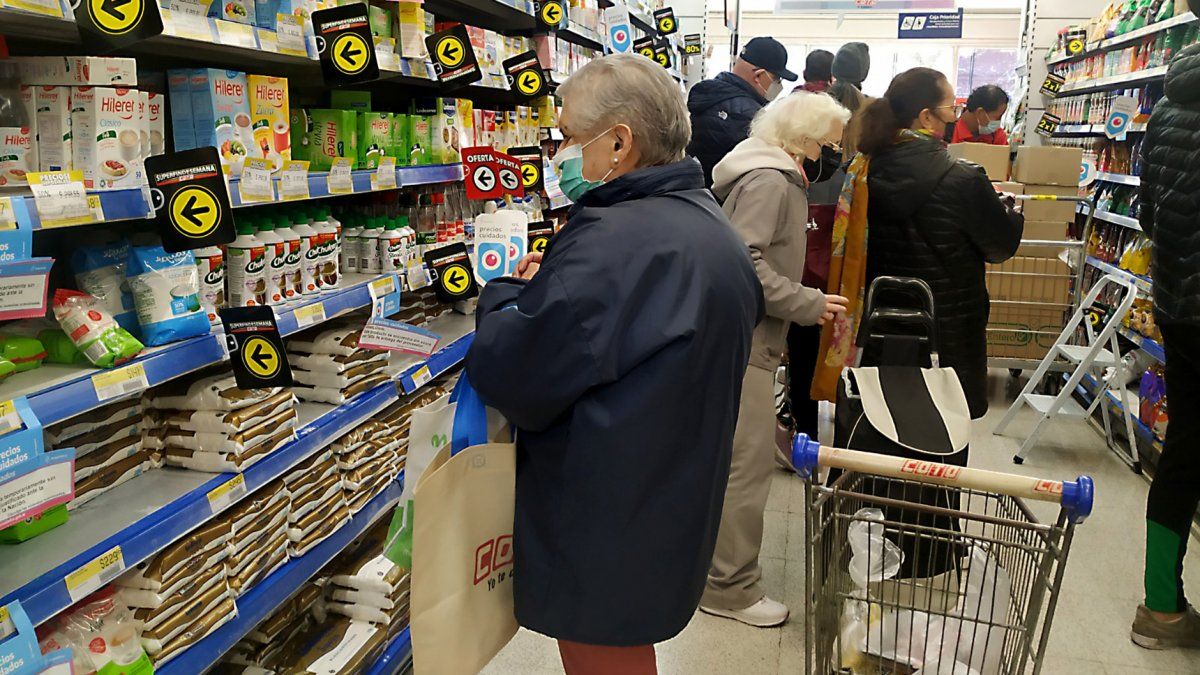 The main consultants economic estimated that the inflation rate of the last month last year was from 5%with which the would close at around 95%, the highest since 1991.

The number of annual inflation reached in 1991which would follow that of 2022 if the projections are confirmed, reached 84% in the year in which convertibility began to apply. The previous year, prior to the entry into force of the law, inflation had reached 1,343.9%.

The Minister of Economy, Sergio Massaanticipated this weekend in dialogue with Perfil that December inflation ended below 5%the same as what happened in November, when the CPI was 4.9%.

Both the minister and his secretary of Industry and Productive Development, Jose Ignacio de Mendigurenpointed out that, despite the slowdown from the peak reached in July, inflation continues to be “very high”.

In the same sense, the last Survey of Market Expectations (REM) of the Central Bank (BCRA) updated its forecasts for December downwards and pointed out that would be around 5.5%. In addition, for all of 2022, the surveyed consultancies declared that they projected that inflation would total end to end the 95.5%.

What do the consultants expect for December 2022?

According to the economist Marina Dal Poggetto, the increase in prices in December was around 5.2%, with a rise of 95.2% in the year. “Our study is located at that level, although I do not rule out that it can give even below that number,” says the director of EcoGo in dialogue with Ámbito.

The forecast of Ecolatina, meanwhile, it is located around 4.3%, with an annual level of 94.6%. And, as highlighted Santiago Manoukianhead of Research at that consultancy, “this is a record in line with that of November and reflects that, for the second consecutive month, we have a moderation in inflationary records.”

And finally, the consultant PxQdirected by Emmanuel Álvarez Agis, estimates a 5% inflation for last December, which is equivalent to an annual variation in 2022 of 94.5%.

The Economist Pablo Besmedrisnik considered that “although there is a slowdown and December would show inflation around 5%, from no point of view can it be considered a success, because it is still very high“.

Besmedrisnik, director of the consultancy invenomicsassured that “there is no dramatic change in the trend and it is a relative success, because it will continue to be high and there are no signs of a trend break going forward,” in statements to Noticias Argentinas.

“While they may see some positive results in food pricesas always happens with the impact of regulated prices, but they will be limited for two or three months, and then the effect is diluted,” he added.

He explained that there ismany costs that are containedsuch as services, inputs that will have to be adjusted in the coming months, added to the increase in the dollar that puts pressure on prices”.

The survey of retail prices by the consultancy C&T “presented a monthly increase of 6.2% in Decemberhence 2022 closed with an increase of 97.4%the highest since 1990″, according to the economist Camilo Tiscornia.

He explained that “the item with the highest monthly increase was recreationdriven by the components related to the sightseeingwhich have a peak in this month due to the beginning of the summer season, followed by education and health due to the adjustment authorized by the government”.

Looking ahead to 2023hope there are no big changes: “ In an election year there is not much expectation that monetary policy will changewhy nobody wants to assume political costsTherefore, inflation in the coming months will be above the estimates of the economic authority”.

The Economist Sebastian Menescaldi He estimated that “January comes with an important set of increases in regulated prices that can accelerate the increases” and that inflation will have a floor of 5% in the first quarter.