Strong business expectations for a friendshoring with Brazil 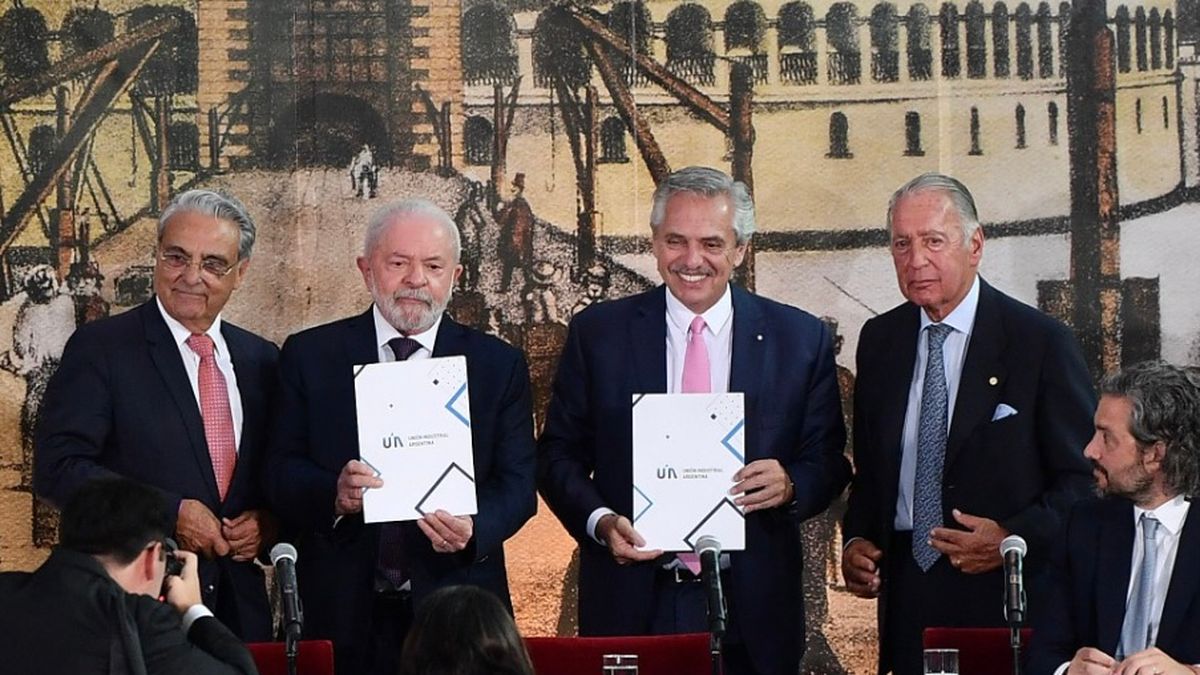 Monday, the UIA and the National Confederation of Industries of Brazil (CNI), which make up the Argentine-Brazilian Business Council (Cembrar), presented the presidents Alberto Fernández and Ignacio Lula Da Silva with an “immediate and common action plan.” There they ask that an “economic and institutional context that promotes investment” be generated, as well as to improve the integration and competitiveness of the economies.

For his part, walter andreozzivowel of the UIA, requested that in this phase of integration it must be “necessarily inclusive and federal, towards the interior of both countries”, so that productive associations are generated between large companies and SMEs. “If the table that we formed this Monday has the strategic integration decision, there is no government, on one side or the other, that will stop the process,” he said.

While, Gustavo Idigoras, president of the oil chamber and the center of cereal exporters (Ciara-CEC), assured Ámbito that he expects a “path of growth in bilateral trade”, which will take place over the years, although he does not expect the trade balance to be equalized yet, which in 2022 closed with a deficit of more than US$ $3,000 million. “Argentina has to get on the locomotive of Brazil, as the European Union got on Germany,” he stressed.

In addition, Idígoras opined that Argentina and Brazil have a “great opportunity” to establish themselves as a regional supply chain, based on the concept of friendshoring, due to the cultural, political and economic ties that unite both countries, something like what happens between the United States and Mexico. “First we need a solid bilateral relationship, and from there start looking at the northern hemisphere to build a regional chain to supply that market,” he said.

For Idígoras, if the operation to improve financing between the Central Bank of Brazil and Banco Nación is approved, export opportunities will open up for SMEs, especially in regional economies. In the same line, alfredo gonzalezpresident of the Confederation of Medium Enterprises (CAME) He affirmed that the announcements about improving financing between the two countries “are going to help”, and highlighted concrete opportunities in SMEs in the north of the country. “Everything related to agribusiness and food implies a great opportunity to enter the markets of southern Brazil. Brazil has always been our main trading partner, if now there are tools to expedite bilateral trade, and if the policies between the two countries coincide, they will make it easier to go back and forth”, he highlighted.

Of the announced plans, what businessmen see as less likely is the common currency, which could be called the South. Natalio Mario Griman, president of the chamber of commerce (ACC)he claimed: “Credit for bilateral trade may progress in the short term, but the common currency is an aspiration for the long term, because it is a subject that has been discussed for 30 years”. Another businessman from the agricultural sector who preferred not to be mentioned assured that we will have to see “What conditions” does the Government set to use the credit?. “To access the yuan from the swap with China, they ask you to join the price agreement for one year,” said the executive.

In any case, Grinman warned that the magnifying glass should be put on direct import lines: “You have to be careful with asymmetries, it is not going to be something that ends up favoring Brazilian businessmen more than Argentina. That is the problem of a country like ours, with a deficit and inflation, there is a risk of being uncompetitive”. In fact, this Tuesday, the Optical Camera, which is part of CGERAissued a statement in which it warned: “The financing of imports could cause competitive distortions and the entry of finished products that affect the local industry.”

One of the agendas that the business community hopes will advance in this new relationship with Brazil is that the Mercosur-European Union agreement is put into practice. Idígoras opined: “Lula is going to be a strong promoter, the agreement is 99% concluded, the interest of Europe is lacking, which had it in the drawer because it did not want to get anything out with Bolsonaro.” On this point, the UIA warned that although they have to “accelerate and increase the external negotiations agenda”, this must be done “en bloc”, through the Mercosur platform, which allows “gaining scale, improving the quality of products, and increase participation in world exports”.