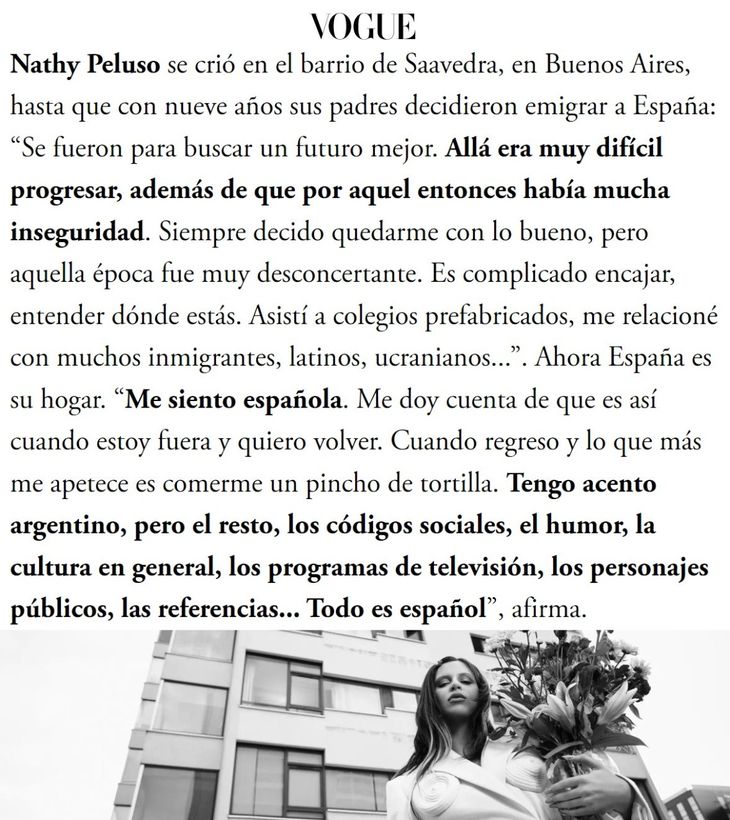 At the age of nine, his parents decided to emigrate to Spain: “They left for a better future. It was very difficult to progress there. besides that at that time there was a lot of insecurity. I always decide to keep the good, but that time was very disconcerting. It is difficult to fit in, to understand where you are. I attended prefabricated schools, I related to a lot of immigrants, Latinos, Ukrainians.”

Nathy Peluso will be in Argentina at the Movistar Arena on November 18 as part of of the tour “Cramp Tour 2022”. The artist who takes hip hop, salsa, bachata, tango, bolero and marks her own stamp arrives in the country after going through stages in Mexico, the United States, France, Spain, Colombia, Colombia, Chile and Uruguay.