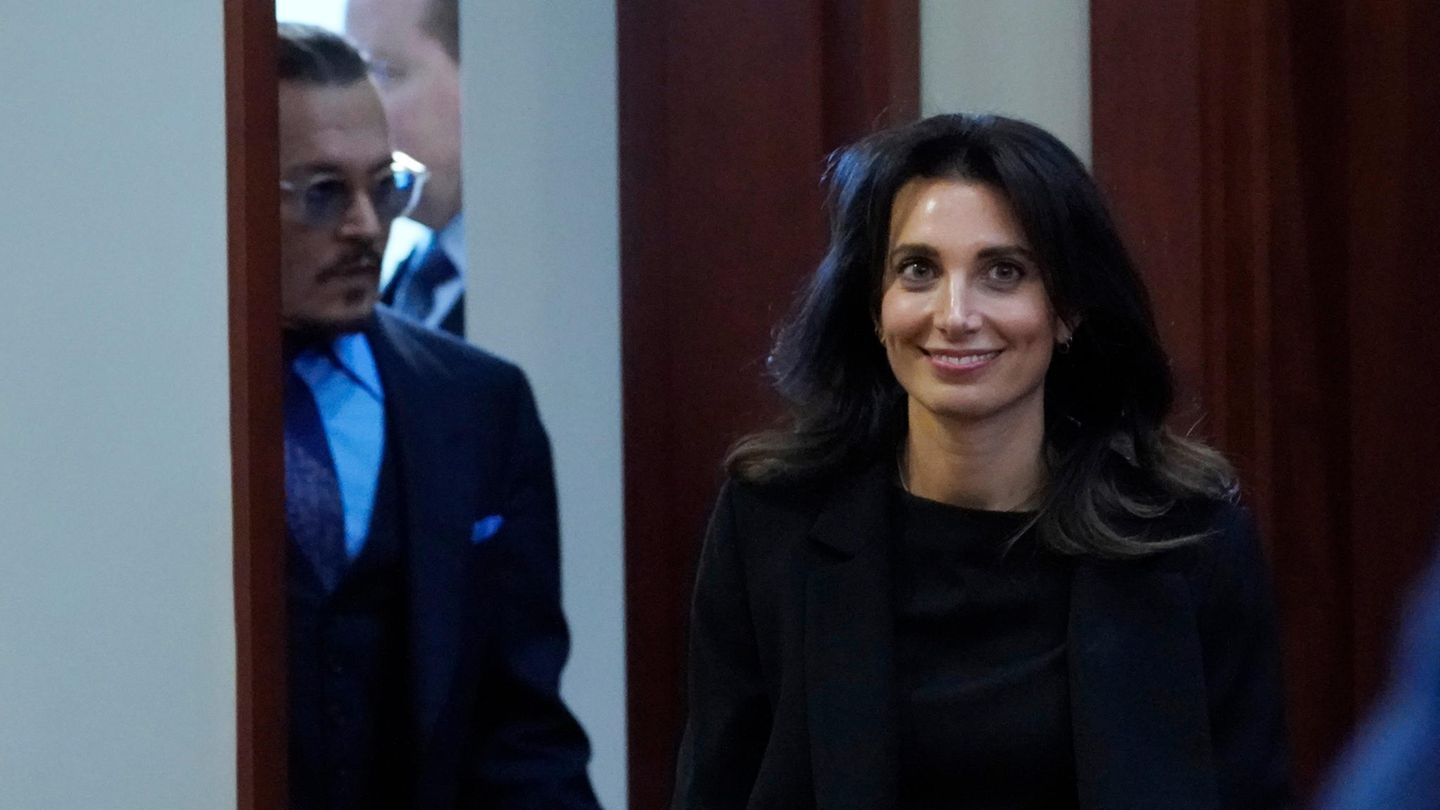 This news causes a stir in the United States: As several media reports, Johnny Depp is said to be dating his lawyer. However, this is not Camille Vasquez.

Johnny Depp has spent a lot of time in the courtroom and with his legal team in recent years. You can also get closer to each other privately. Nevertheless, this news should surprise many: As the American magazine “Us Weekly” reports, the actor (“Pirates of the Caribbean”) is said to be dating his lawyer.

However, it is not about Camille Vasquez, who won for him the spectacular defamation trial in which Depp and his ex-wife Amber Heard fought a mud fight in front of the public for over six weeks. The new woman at his side is therefore the London lawyer Joelle Rich, who represented Depp in his unsuccessful lawsuit against the British tabloid “The Sun” in 2020. According to insiders, both are said to be serious about their relationship.

She supported Johnny Depp in Virginia

The British woman did not sit on the legal bench at the defamation trial in Fairfax, Virginia, which was decided in early June, but she was sighted in the Fairfax County Circuit Courthouse. She was there as a “support”. A photo from May of this year shows her hugging attorney Vasquez in the courtroom.

So even then there was probably a personal relationship between Depp and Rich, who, ironically, is married and has two children. As the celebrity magazine “TMZ.com” writes, the couple has already filed for divorce.

During the trial, many people suspected that Johnny Depp was in a relationship with his lawyer. However, the speculation related to Camille Vasquez. She has always indignantly rejected these rumors and described them as “sexist”.

In the future, another woman will be in the spotlight: Joelle Rich. She also knows how to defend herself against false allegations. On her profile in the career portal “LinkedIn” she writes about herself: She helps “people (…) to protect their privacy and reputation”. “I handle media matters during particularly sensitive and unpredictable periods.”

She will likely have many opportunities to apply her skills in this area in the near future.