Argentina, 1985: a necessary look at our history 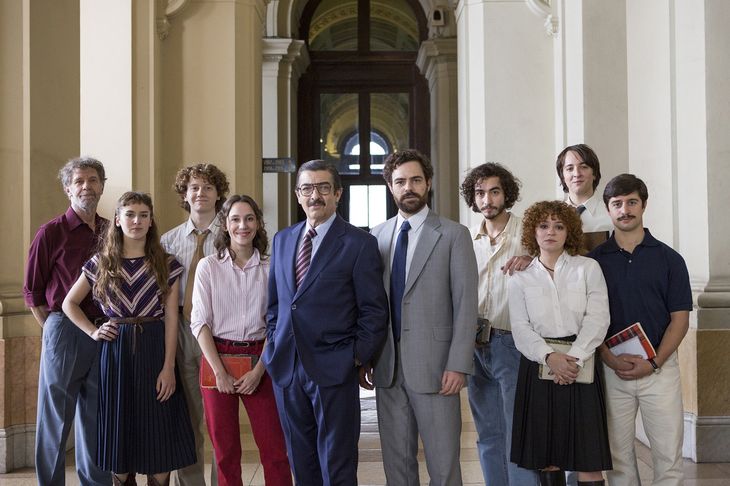 The first thing to note is the solidity of the script written by Mariano Llinas and Miter himself. The merit lies in being able to tell a hard, emotional (and at times heartbreaking) story without falling into solemnity, bearing in mind that many passages use real testimonies. They are stories so crude that it is hard to believe that it is not the most gruesome fictional story.. The writing duo manages to intersperse those difficult moments with small doses of humor that work as a breath of fresh air for the viewer, without the narrative losing fluidity.

It is a story of heroes and villains, but not one of those that the fantasy of cinema has accustomed us to lately. It is a story of real and collective heroism, fear is palpable in the air and threats are constant. It should be remembered that the power and influence of the military judges was very strong in the incipient democracy. Despite this, behind Strassera and Moreno Ocampo there was a team willing to give it their all and the film deals with giving them the active and leading role they deserve.

Strassera’s family also occupies a fundamental place in the development of the film, it allows us to see the man behind the name but in a very active way, without being a complement. This can also be seen from the side of Moreno Ocampo (from a military family) in the evolution of his relationship with his mother and his views on the trial.

The chemistry that Darín and Lanzani demonstrate on screen is remarkable and is another of the strong points of the film.. Despite the initial differences, both characters manage to establish a relationship of pairs that makes it difficult to think that this could work without one or the other. His characterizations are as notable as the staging, according to Miter recreating the Argentina of the eighties was more difficult than he thought, but the result is impeccable.

Argentina, 1985 is basically a great movie, it has the merit of offering endearing moments in the middle of a hard and emotional story. The path started in the great festivals only makes us think that great things are yet to come. For now, I dare to say that the film of Santiago Miter It will go deep and it will surely get on the podium of the best of national cinema.