Vivi Tellas: towards a Lorca without the usual solemnity 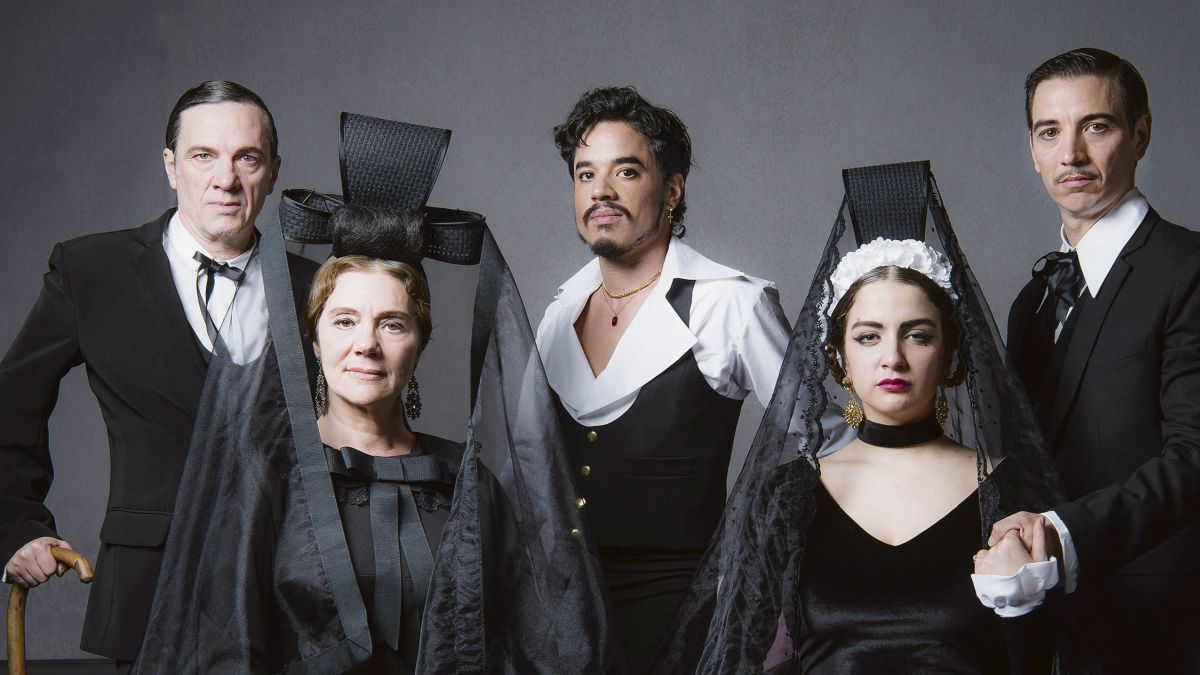 Journalist: You said that Kuitca has that Lorca-like tragic climate in his visual work. How did his aesthetic conception combine with his directing gaze?

Live Tellas: This is an encounter with his work, he as a visual artist, brings his world. We read it together a long time ago, before the pandemic, and there is an invention, almost an installation that he brings to the work. That magical forest that I want to leave a little surprise about but it is a beauty and a special creation for this work. There is the tragic and disturbing encounter.

Q.: How did you transform Lorca’s dramaturgy into an adaptation and then into something new that is built on stage?

VT: We did a job with the poet Cecilia Pavón to review the text of words that sounded too Spanish to us and we didn’t know what they said. As a small translation into our language, but the text is from Lorca. I see the script as a skin and in the analysis and scenic work what is underneath is discovered. My job is to investigate that and bring the work to the space and the characters.

Q.: You also said that you came back to Lorca because of his interest in injustice, repression, freedom to choose, desire and innocence. Never knowing everything can you expand?

VT: Lorca always interests me to shed light on that injustice, on that arrogance of power, of murdering a poet for his way of life, entering that poetic world. You see here that tragic love, not being able to choose and not follow desire. For me the central phrase is ´When things reach their centers, there is no one to start them´, says Leonardo, the lover who leaves with the bride on the wedding day. There are many layers to see, it’s a simple story but there are deeper meanings to delve into.

Q.: What are those senses that you keep discovering?

VT: I found very strong what happens with the moon. Lorca brings it and I’m discovering it in that magical world. The forest appears and there is something of surrealism, also that movement and its irruption in the history of art. Here the moon speaks and the moon is there, it hypnotizes us and drives us crazy. All the characters that night are going to do something crazy.

Q.: How did you build the characters?

VT; They are damaged, they all have a wound and we think about how to bring the tragedy to each character from the performance to build that joint tragedy together. I am very interested in the grace that is in Lorca, which I never saw in other works by the author. Grace not so much comedy but that mischievousness that Lorca brings, I want that to take over the scene and overflow. This group of actors and actresses were chosen for their talent, there are many who are also creators, directors, authors, and that invites a fabulous dialogue to work with. In addition to Kuitka, there is Diego Vainer in the music, Pablo Ramirez in the costumes, Jorge Pastorino in the lights, each one bringing his fantasy. This work impresses with its theatrical craftsmanship.