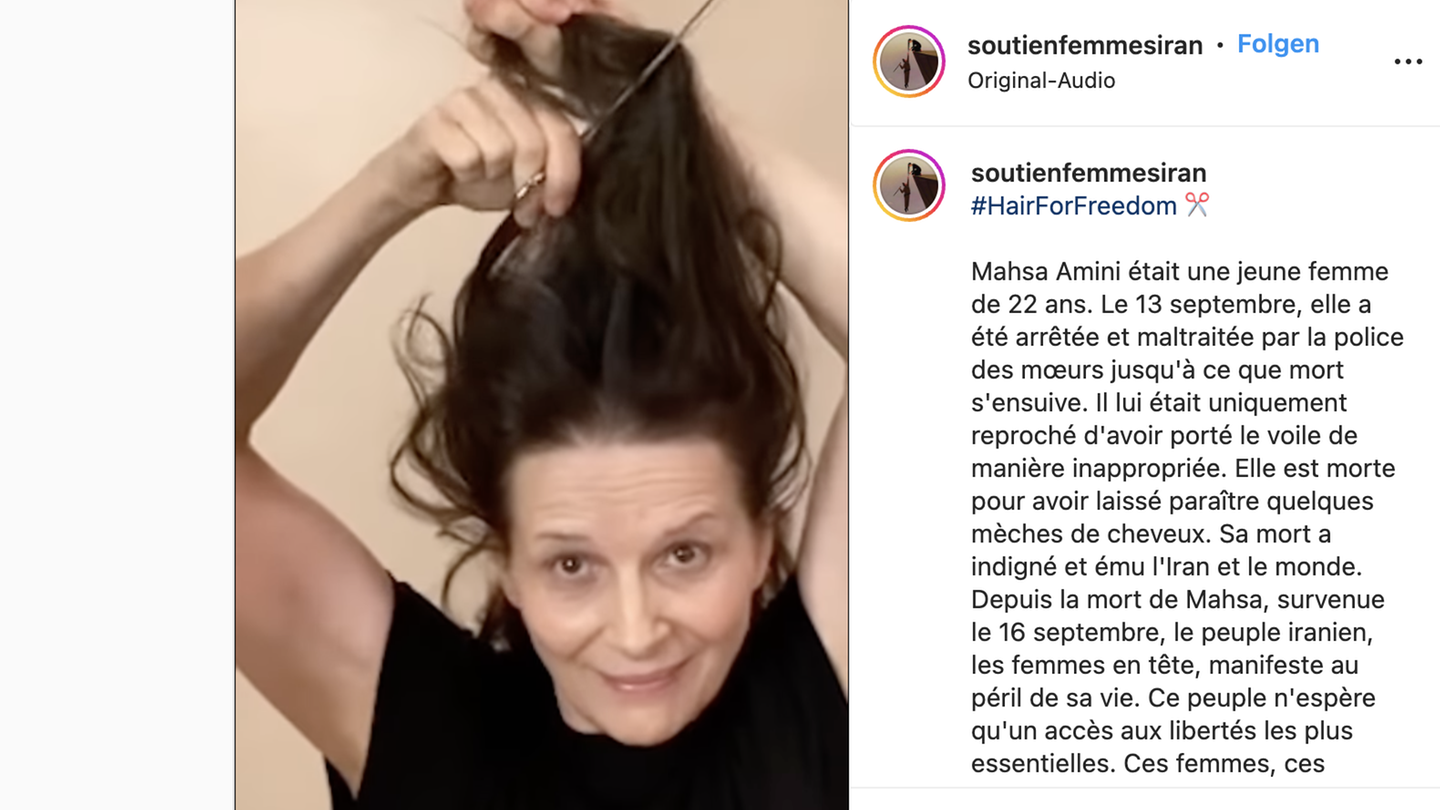 In Iran, women take to the streets for their rights and demonstratively take off their headscarves. French actresses and singers have now started an action with solidarity videos. They cut off their hair in front of the camera.

Around 50 famous French actresses and singers have cut their hair in protest at the brutal actions taken by security forces in Iran against anti-government demonstrators. In the protest video published on Wednesday, actress and Oscar winner Juliette Binoche first looks into the camera, says “for freedom”, cuts off a tuft of hair and holds it up to the camera.

Other participants in the video, which is accompanied by the anthem “Bella Ciao”, include Isabelle Huppert, Jane Birkin and Charlotte Gainsbourg.

“The Iranian people, especially the women, are demonstrating at the risk of their lives. These people only hope for access to the most basic freedoms. These women, these men are asking for our support,” says a text accompanying the video on the Instagram account “soutienfemmesiran”.

“It is impossible not to denounce this terrible repression over and over again. The number of dead and injured is already in the dozens, including children. The arrests only add to the number of prisoners already illegally detained and all too often tortured “, it goes on.

The demonstrations were triggered by the death of 22-year-old Mahsa Amini in mid-September. The moral police had arrested her because of her allegedly “un-Islamic outfit”. What happened to Amini after that is unclear. The woman fell into a coma and died in a hospital on September 16. Critics accuse the morality police of using violence; the police deny it. Since the woman’s death, thousands have been demonstrating across the country against the government’s repressive course and the headscarf requirement.