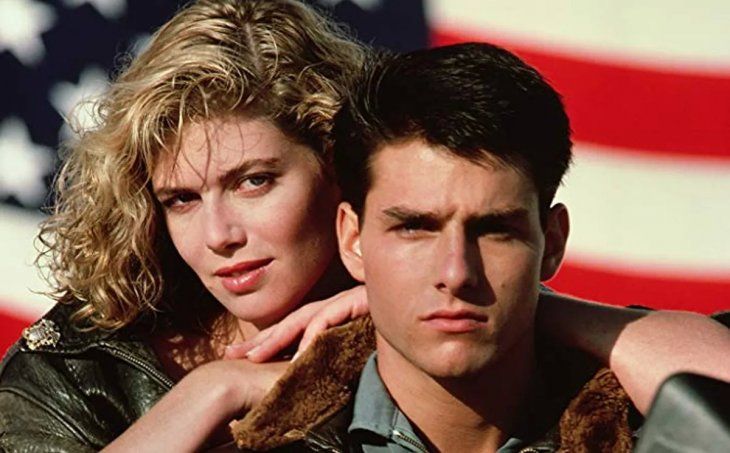 Surrounded by a halo of mystery, he has always been very jealous of his privacy and few know his story. For the first time, Miguel Bosé will share part of his private life, with his strengths and weaknesses, and that of an artist with a unique and highly recognizable personality, exclusively available to Paramount + global audiences. BOSÉ will be an unprecedented work of art in itself, transporting viewers to different moments in the life and career of the singer-songwriter who began in the late 1970s.

After a romantic evening at their lake house, Emma wakes up handcuffed to her dead husband. Trapped and isolated in the dead of winter, she must fight off hitmen to escape her husband’s twisted plan. Available November 3.

A journey through the history of the Mexican National Team to better understand how and why a World Champion is built in advance, off the field, and the aspects that define what can be done on it. Available November 5.

As students at the US Navy’s weapons school compete to be top of the class, a daring young pilot learns feats from a civilian instructor that aren’t taught in the classroom. Available November 11.

The new owners of a motel find themselves involved in a murder mystery linked to a mirror that allows people to peek into one of the rooms. Available November 11.

A new species of Transformers must find their place and purpose among the Autobots, Decepticons, and the human family that adopts them. The Terrans, a new generation of Transformers born on Earth who take on evil threats alongside the Malto family who protect their secret identity, and fan-favorite legacy Transformers. Both human and terran youngsters will unravel the mystery of their bond with one another as they grapple with the challenges of growing up and ultimately redefining what it means to be a family. Available November 12.

Josh and Blue try to audition for a Broadway musical in Blue York City with the help of Joe and Steve. But then a greedy man plans to make the Big Apple his own. With Blue on the way, she must go on an adventure and save her friends and New York before it’s too late. Available November 19.

The second season of The Smurfs introduces two new characters: Wild Smurf a mischievous character with a strong connection to animal life, whose temper and strange ways will shake up the Smurfs’ daily routine; and Leaf the fairy destined to replace Mother Nature who is not yet in full control of her powers.

Throughout the new season, the Smurfs will travel through time, swap bodies with each other, and engage in magical duels. Constantly chased by the determined Gargamel and Azrael, as well as the ogres Bigmouth and Egghead, the Smurfs and their friends will continue to delight in new episodes full of exciting and hilarious adventures. Available November 21.

The series follows the story of fictional drug lord Pedro Pablo León Jaramillo, a man who through necessity, chance and ambition has become the richest and most wanted drug lord in Colombia. Despite his immense wealth, Pedro Pablo has kept a low profile throughout his life and has kept his role as a drug cartel leader a secret from his friends and family. This strategy has allowed him to fly under the radar of the authorities for years, but has also inadvertently created a complex web of betrayals, loves and hates that grows beyond his control. As the truth is revealed, Pedro Pablo’s world begins to crumble around him. Available November 25.

In this fifth season premiere, fourteen new drag queens compete for the title of America’s Next Drag Superstar. Available November 24.