Netflix: when is released Be eternal: champions of America 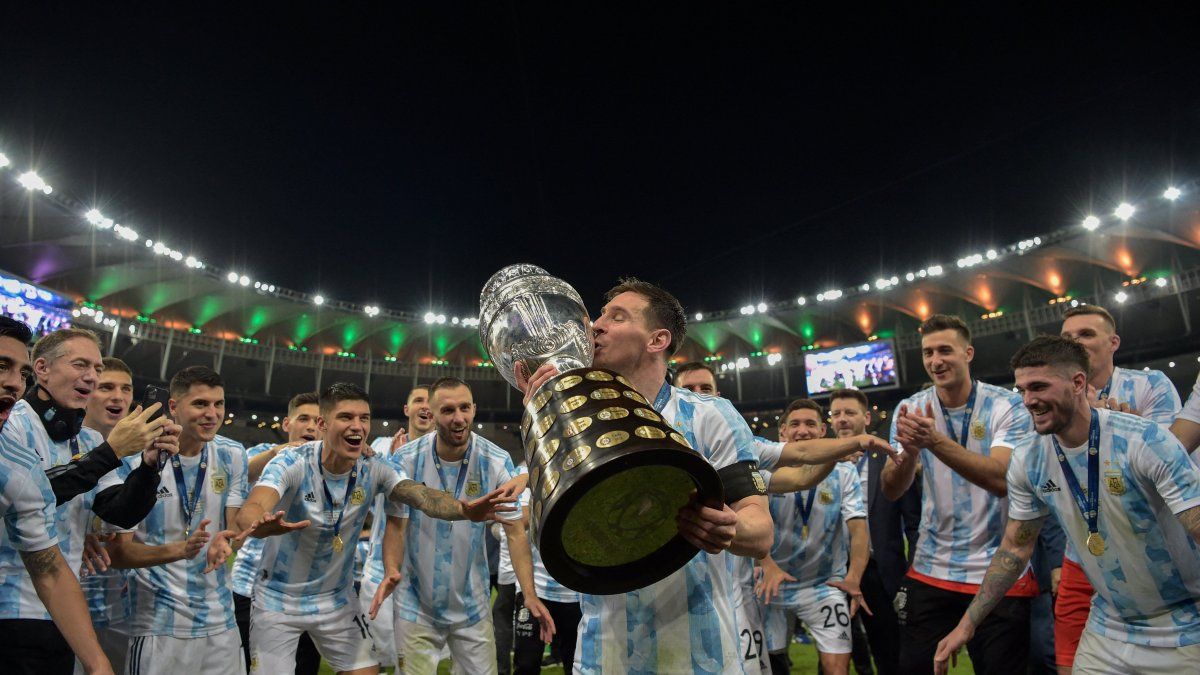 Through an intimate and relaxed account of the players and coaching staff of the National Team, Be eternal: champions of America walk the path of Leo Messi, an unstoppable talent who beat himself up over and over again before reaching “the most beautiful thing in his career”, in his own words. At the same time, it explores the intimacy of the team during the 45 days prior to winning the continental showpiece in Brazil in 2021. This documentary series also reveals, over three episodes, how the team dealt individually and collectively with the pressures and criticism for the streak of 28 years without titles for the Argentine soccer team.

“My family was always the one that lived through it just like me, the one that suffered a lot, and at the same time tried to be strong in front of me to show me that they were fine, that nothing was wrong, but I know what they went through and that moment was like a I discharge for all”, admits Leo Messi.

“It’s difficult, so many years of suffering and in the end being able to achieve it I think it’s not only mine, but it belongs to my wife, my daughters and the team too, my father. After all that suffering they had, to be able to give them that Cup and say ‘that’s it, I did it’. I have thousands of trophies, but like this one, there aren’t any, I think this was the only thing I wanted”, reveals an emotional Ángel Di María.

“It makes me very happy that he has achieved it, that we have achieved it, but above all for him, for how he taught us not to stop trying. And one day I will tell my children about all the things that I was part of and helped him, I think, to fulfill one of his dreams, “he says. Rodrigo DePaul about the Flea and his cry of champion in the Copa América 2021. That same feeling is what the Argentine technical director perceived, Lionel Scalloni, throughout the campus: “I have never seen something like this in my life, that a teammate is hoping to win something for him, for Leo. That’s what he conveys.”

Share
Facebook
Twitter
Pinterest
WhatsApp
Linkedin
ReddIt
Tumblr
Telegram
VK
Digg
LINE
Viber
Previous article
Consumers: Transport companies on the start date of the Deutschlandticket
Next article
The exchange with Brazil fell more than 7% in October due to the drop in imports and exports