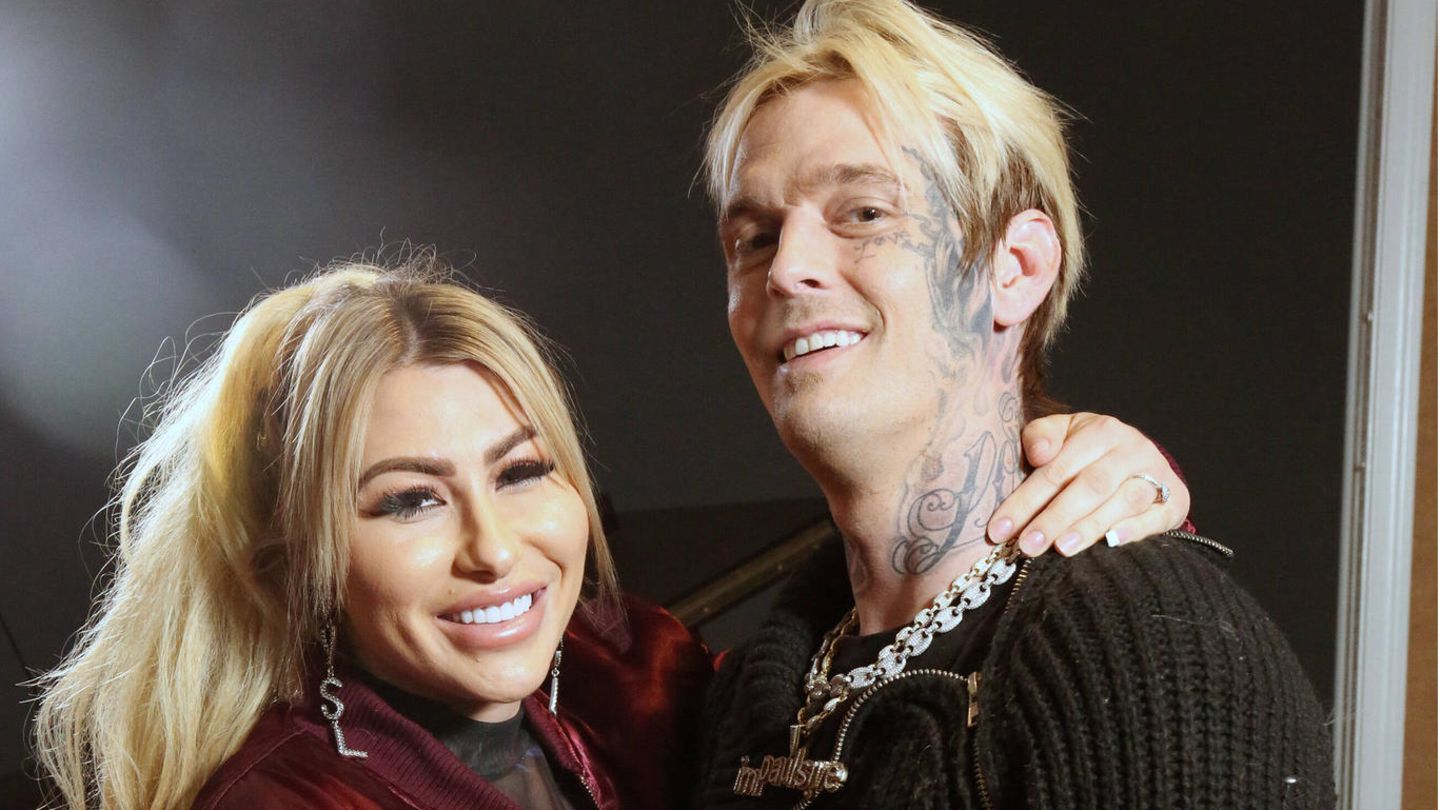 Everyone handles grief differently, but Aaron Carter’s fiancée’s way of dealing with the loss of her loved one is very special. This relationship was clearly titled: toxic.

It is the tragic end of an on-off relationship that is second to none. Aaron Carter is dead. The former teenage star was found lifeless in his bathtub last Saturday. According to American media reports, a domestic worker is said to have found the musician. Carter’s neighbors heard her scream “He’s dead, he’s dead”.

A little later, the singer’s fiancée, Melanie Martin, also arrived at the scene of the accident. A few minutes after her boyfriend’s death, the 30-year-old is said to have gone live on TikTok for a few seconds. A video showing her sobbing in the car. Martin was probably here on his way to the deceased’s home in California. A very strange reaction to the death of your partner, going live on a social media platform first.

So far the cause of death is not known. However, Carter’s environment excludes suicide due to his complex future plans. Carter wanted to produce new music and regain custody of his almost one-year-old son. Both parents of little Prince Lyric lost custody due to recurring relationship problems of the most massive kind. Currently, the grandmother, Melanie Martin’s mother, has custody.

This roller coaster relationship started in 2020. Before her relationship with Aaron Carter, Martin is said to have worked as a bartender. According to reports, their roots lie in Bulgaria. During the connection to the teen star, she then focused on social media and tried it as an influencer. She has just over 40,000 followers on Instagram and a good 10,000 more on TikTok. The former barmaid even launched a beauty line with artificial eyelashes called Love Lashes. According to the British news portal “The Sun”, she is said to have tried her hand in the porn business. The influencer also has an OnlyFans account, which you can subscribe to for $12 a month.

After a few months of dating, the couple went public with their relationship with an Instagram post in January 2020, and they both announced their engagement in June 2020. Shortly before, Melanie Martin is said to have suffered a miscarriage. A year later, in March 2021, the couple announced that they were pregnant with their son Prince Lyric, who was born in November of the same year.

Throughout their relationship there was always public turbulence, in March 2020, right at the beginning of their relationship, Melanie Martin was arrested for domestic violence. She was released on $50,000 bail. There is said to have been a dispute because Carter Martin is said not to have believed the pregnancy, the dispute then escalated to fisticuffs. Aaron Carter shared photos of scratches his girlfriend allegedly inflicted on him with his followers.

“She choked my windpipe, she ripped open my arms and back, and she hit me where I had a tooth pulled,” Aaron Carter claimed on his YouTube channel at the time. A few weeks later they were back together.

Shortly after the birth of their son in November 2021, Aaron Carter made another public statement of separation: “For personal reasons, Melanie Martin and I have decided to go our separate ways,” he tweeted on November 30, 2021, before his twin sister Angel Carter mentioned. “I have the most devious and disappointing family and Melanie lied to me all the time by communicating with my twin sister and the family members who tried to put me in jail and who tried to get guardianship for me in court to get,” he tweeted. But a week later, the influencer posted happy family photos again.

Then, in February 2022, another public separation: “My relationship has got to a point where we have to separate. Please respect my privacy. Thank you,” Aaron Carter tweeted, noting that he had no plans to reconnect yet Data. “I’m too scarred and I can’t trust any woman. So at this point I will protect my soul and my heart.”

Carter filed for a restraining order against Martin on February 23, 2022, alleging that his ex-fiancée caused him “emotional distress, anxiety, shoving and scraping.” She is also said to have abused him emotionally: “(…) by threatening to kill herself, which made me worry about the safety of our child,” Carter said. In March 2022, Melanie Martin followed suit and also obtained a restraining order against Carter: “We had an argument about me talking to another man while we broke up. He hit me in the left rib and pushed me.” , she claimed in the filing. “I only felt the pain a few days later, then I left the house because he threatened me with a restraining order.”

Relationship status at the time of Aaron Carter’s death is unclear. He posted the last photo together on June 15, 2022. It was a message for Melanie Martin’s birthday: “Happy birthday, baby, I love you more than words, I just know that we can get through anything! #Family”, he wrote.

After confirming Carter’s death, Martin released a statement, saying, “My fiancé Aaron Carter has passed away. I love Aaron with all my heart and it will be a challenge raising his son without a father. Please respect my family’s privacy while we are coming to terms with the loss of someone we love dearly,” she said. She also posted a dance video of the singer on TikTok. This video is also strange due to the happiness and musical background, considering the tragedy of the incident thinks: