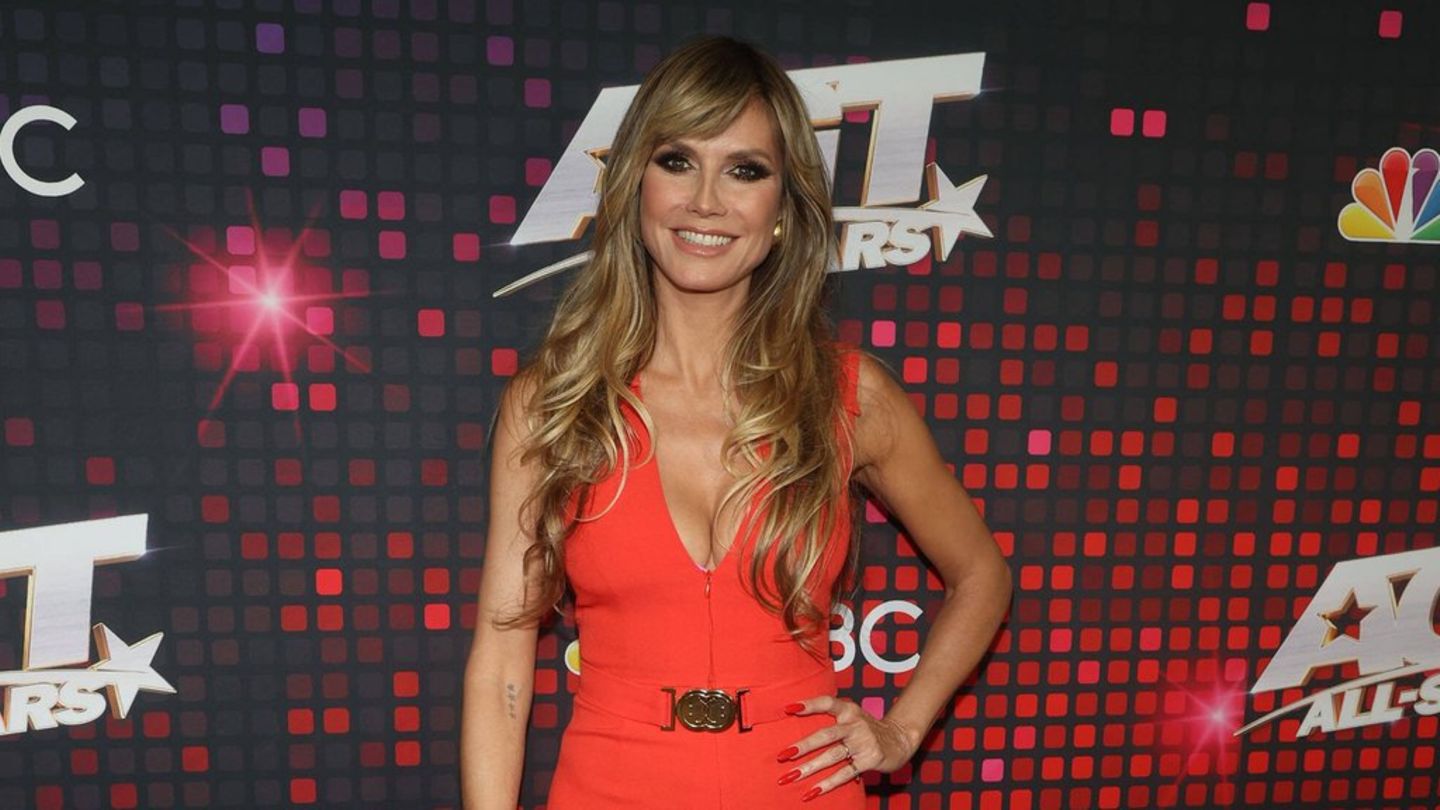 Heidi Klum shows her movement training for the Halloween costume in a video. The most important utensil: a mermaid fin. For once, her model walking skills did not help her.

Rarely has Heidi Klum been so out of breath as in this funny video clip. On Instagram, the “Queen of Halloween” shows how she prepared for her worm costume “earlier in the year”.

Klum can be seen in a black bra and a pink and light blue mermaid tail on her legs as she hops, crawls and rolls through the entryway of her home. In between, she keeps saying out of breath but amused: “That’s the standing worm”, “I should be lying on the floor too” or “I could roll around as a worm.”

After a Corona break, Heidi Klum was finally able to celebrate her legendary horror party in New York again last Monday. This time she surprised again with an extraordinary look: the native Rhinelander was in a worm costume from head to toe.

The elongated, reddish shiny costume was closely fitted to the model’s body, only small slits were left out for the mouth and eyes. Husband Tom Kaulitz turned into a fisherman who held the worm of the evening with a fishing rod.

And indeed, Klum moved on the red carpet the way she had apparently trained with mermaid tails in the summer when she was still “dreaming of becoming a worm” and worming through her living room.

Share
Facebook
Twitter
Pinterest
WhatsApp
Linkedin
ReddIt
Tumblr
Telegram
VK
Digg
LINE
Viber
Previous article
ÖBB is looking for employees: “You can work in Shanghai or in Attnang”
Next article
Mark David Chapman said he killed John Lennon because he ‘wanted to be someone’