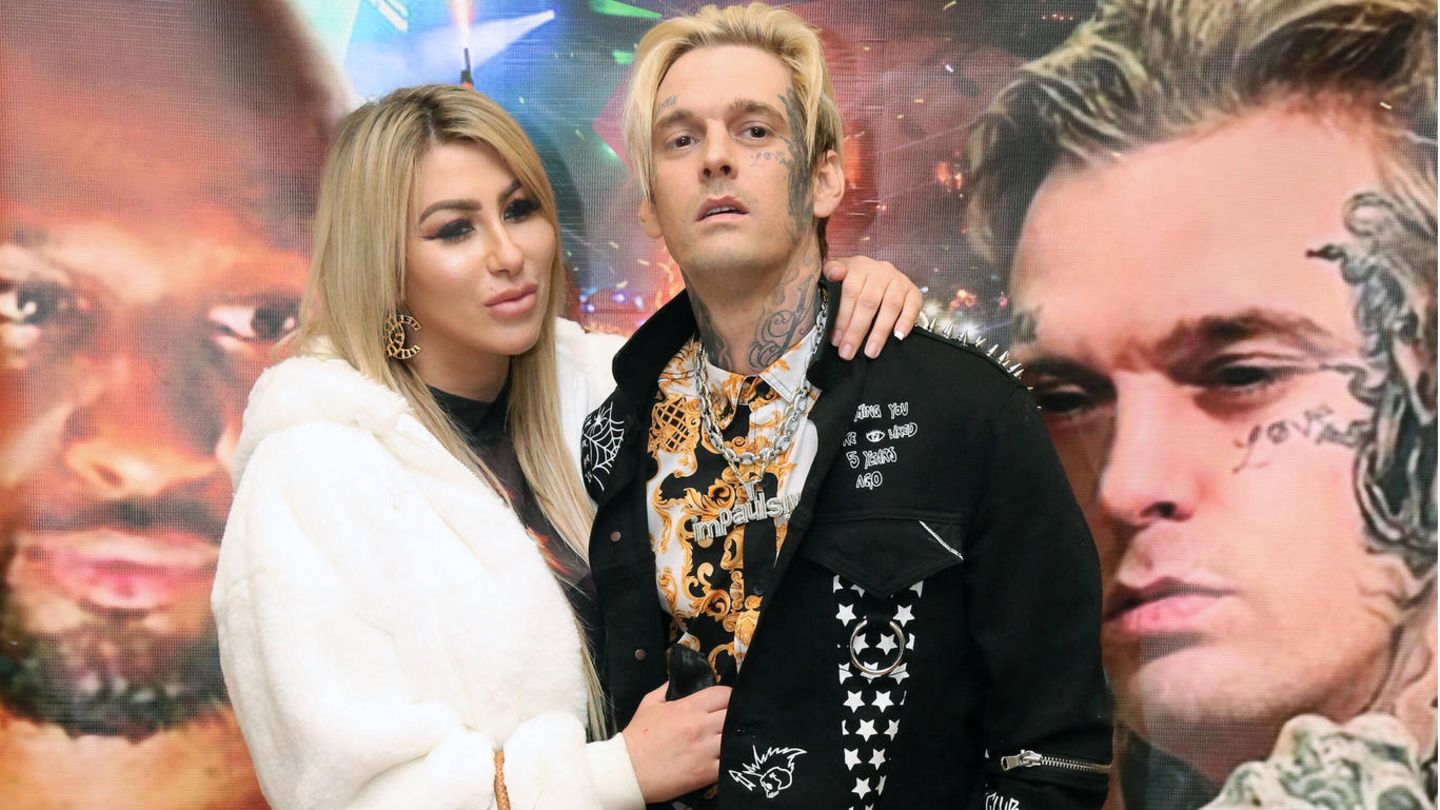 Once again there is unrest in the estate where Aaron Carter’s house is located in Lancaster. Police cars roll up, followed by a moving truck. His fiancee starts cleaning out the house.

The neighborhood in California is not quiet. They just watched as one of their neighbors, singer Aaron Carter, was carried dead from his house. The police, press, neighbors and relatives gathered in front of the house last Saturday, there was chaos and unrest.

Now, less than a week later, police cars are again crossing the street, apparently guarding the late singer’s fiancé, Melanie Martin, while she clears the house and gathers her belongings. She even needs a whole moving van for this. Police Department sources told them, TMZ said: “A woman called LA County Sheriff’s officers to the late singer’s home Tuesday afternoon and told officers she wanted officers to ‘keep the peace.’ while she gets her things out.”

According to TMZ, it’s unclear why Melanie Martin thought she needed police at the scene, but ten minutes after she called, officers arrived and kept an eye on the street. His housekeeper, who found him dead in the bathtub last Saturday, is said to have lived with him in Aaron Carter’s house. Martin appeared with several helpers for the move. The portal also reports that the death is now classified as a civil case by the authorities after the investigation. No criminal offense is assumed, which is why no further investigations are to be expected in the house.

Melanie Martin and Aaron Carter had an unhealthy and turbulent on-off relationship. Although the couple was engaged and had a child together, both lost custody of the not even one-year-old son. In the past there have been police operations due to domestic violence, threats, restraining orders against each other and repeated love revivals.

Following the news of her fiancé Aaron Carter’s death, one of Martin’s first reactions was to go live on social media platform TikTok and upload a sobbing video. For this she received a lot of criticism in the media, it was perceived as strange behavior in response to a death message. She has now responded and deleted the video.

Despite the unexpected death of Aaron Carter, his girlfriend found the strength to speak to the US Weekly news portal just two days after the accident last Monday. In an interview with the portal, she said: “I was really looking forward to getting married and having more children with him. I felt that we were very close and I was looking forward to spending the upcoming holidays together with my family I am beyond devastated and waiting to see my beautiful soulmate again. We never gave up our love and I feel like we both cannot live without each other.”

Melanie Martin continues: “It happened so quickly and I’m still in shock that I will never see his face again. Aaron was a wonderful man and he really loved taking care of his family. He never gave up on me . We might have had fights and breakups, but we really couldn’t live without each other.” However, the couple’s relationship status at the time of his death is not yet known. “Aaron really treated me like a real princess,” Martin said after his death.