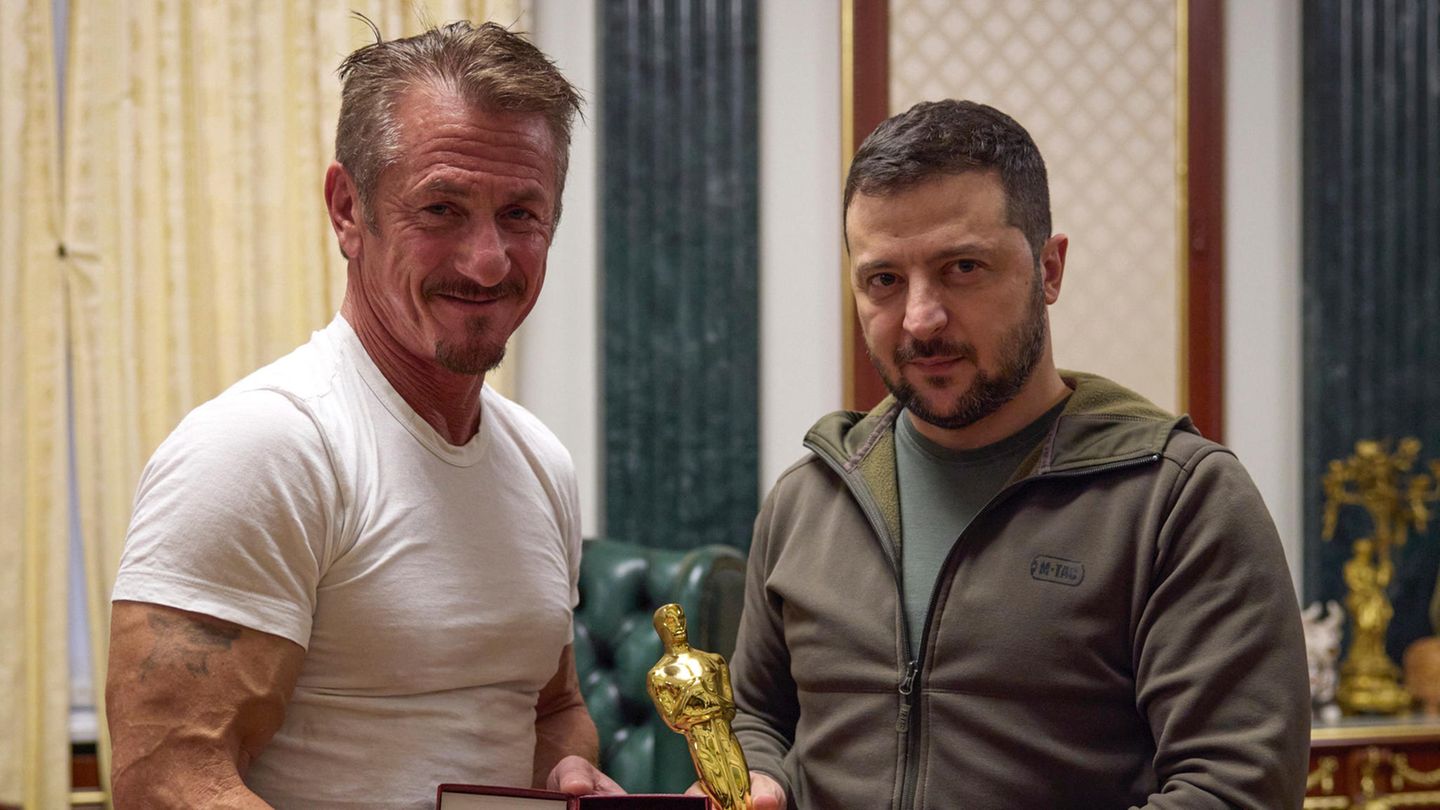 William
I am a 24-year-old writer and journalist who has been working in the news industry for the past two years. I write primarily about market news, so if you're looking for insights into what's going on in the stock market or economic indicators, you've come to the right place. I also dabble in writing articles on lifestyle trends and pop culture news.
- Advertisement -
Watch the video: Sean Penn presents President Zelenskyj with an “Oscar”.

Former film actor and current Ukrainian President Volodymyr Zelenskyy received an Oscar on Tuesday. The coveted trophy was presented to him as a gift by Hollywood star Sean Penn, the press service of the presidential office said. The little gilded man came from the US actor’s possession and should now serve as a “symbol of faith in victory” for Ukraine. The Hollywood star who takes care of war refugees was awarded an Order of Merit by Zelensky for his contribution to helping Ukraine.
Sean Penn is shooting in Ukraine
Penn, who is visiting for the third time this year, informed Selenskyj about the status of his film project. The two-time Oscar winner (Best Actor in “Mystic River” 2004 and “Milk” 2009) has been working on a film about Zelenskyj for some time.
Before his career as head of state, Zelenskyj was, among other things, an actor, comedian and film producer. His most famous role was that of the head of state of Ukraine in the TV series “Servant of the People”.