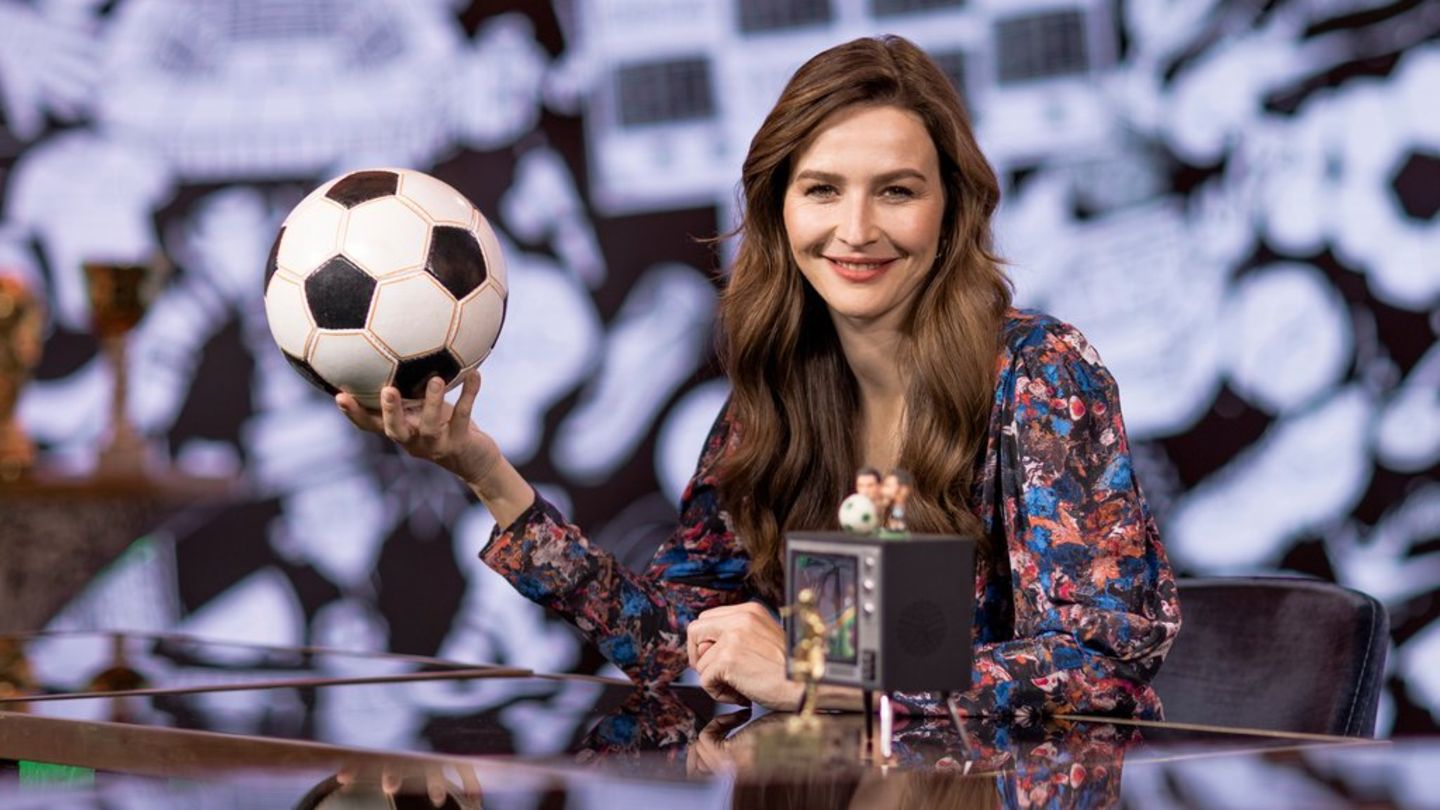 Katrin Bauerfeind (40) ventures into new and, above all, green realms. From November 10th, the presenter and actress will be presenting the show “Tore, Perlen, Tiki-Taka mit Katrin Bauerfeind” on Sky Comedy. In keeping with the start of the World Cup in Qatar, Bauerfeind and their guests take a humorous look at the Germans’ favorite sport. Football has always been part of her life, Bauerfeind explains in an interview.

“I’ve always known the weekends on the pitch where parts of the family yell at a D-Jugend referee throughout the game,” laughs the presenter. “Football has always been part of my life.” However, Bauerfeind from the Swabian Alb does not have a favorite club. But that’s what makes a visit to the stadium so attractive for her: “I love the atmosphere in the stadium and without a home club I’m quite flexible in my choice of stadium and also emotionally more relaxed.”

Katrin Bauerfeind from the World Cup in Qatar thinks so

On the other hand, she gets emotional when it comes to the controversial soccer World Cup in Qatar: “I’m not in favor of a boycott, but I think the award is wrong and I condemn the conditions.” She will watch anyway and keep her fingers crossed for one team in particular: “Always Germany! But since I think that’s unrealistic, I’m for England. Sorry, that was a joke.”

But the presenter doesn’t want to give up hope for a winter fairy tale. After all, the DFB-Elf would have disappointed in the summer fairytale 2006 test matches, but in the end it was “one of the most beautiful tournaments”. Her advice for Qatar: “Maybe we’ll let them out first, onto the pitch and see what they do with it. And keep our fingers crossed.” Ultimately, the following applies: “Football is often 90 minutes of pure emotion – where else can you get that?”

Your absolute favorite player does not come from the German squad

The 40-year-old still likes to think back to the “good summer” of 2006 when Phillip Lahm (38) scored the goal in the opening game. But her favorite player isn’t from the German squad, admits Bauerfeind: “It’s not very original, but I’m a big Messi fan. I sometimes thought what he was doing with the ball wasn’t football, it was art.” Just behind the Argentinian superstar is the Brazilian legend Sócrates (1954-2011). According to Bauerfeind, he was not only a “gifted footballer”, but was “also a chain smoker, which I kind of like,” jokes the 40-year-old.

A satirical look at the development of football

Bauerfeind knows only too well that in football not everything is always peace, joy and pancakes. And that is exactly what the new Sky show is supposed to address in a satirical way: “We take a satirical look at the quite questionable developments in football. So the relationship between football and fans or money and why stars are different today than Gerd Müller used to be .” There’s certainly no shortage of stories, anecdotes and quotes from the world of round leather: “‘First we weren’t lucky and then we had bad luck’. And: ‘We just can’t push ourselves too hard’. .. I would be nothing without the wisdom of sport,” laughs Bauerfeind.

The kick-off for the first of the four episodes “Tore, Tears, Tiki-Taka with Katrin Bauerfeind” is on November 10 at 8:15 p.m. on Sky Comedy and the Wow streaming service. Bauerfeind is supported by the former soccer goalkeeper Katja Kraus (51), the writer and philosopher Wolfram Eilenberger (50) and ex-soccer player Ansgar Brinkmann (53) at the rolling comedy ball.