The surprising confession of Ginette Reynal: “I was married for three years with a cousin brother” 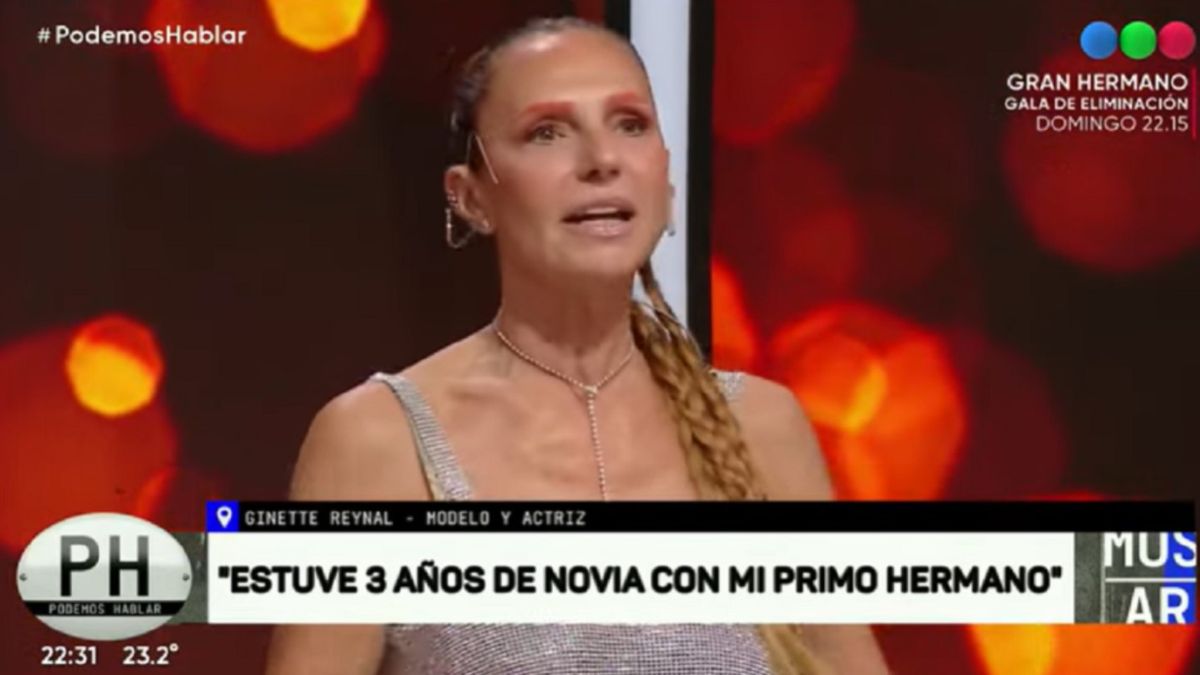 “It was after my husband died. We had never had a special wave before. The truth is that it was not like that, we always had a good vibe and he is very different from the rest. when my husband died I suffered a lot and due to a family circumstance I ended up at my aunt’s house. He gave me his room”he confessed, implying that the story began there.

“It was not a family problemIn fact, all my cousins ​​banked me. We separated due to circumstances that are irrelevant and now I took a step to the side because he is in a relationship,” added the actress.

And closed: “There are many cousin stories, but when you experience it, you realize why it’s called incest. It’s not weird, it’s so wonderful that it has to be weird because otherwise all the cousins ​​would be with their cousins. You feel something familiar the same codes, especially when they are cousins ​​on the mother’s side”.

“My cousin also married my ex-husband, I was separated; and they fell in love and got married. My children are second cousins ​​and half brothers to your children. I have 3: two with this husband who married my cousin and one with Miguel, who is the one who died,” revealed Ginette Reynal to the surprise of those present.

“When I found out it was horrible, another cousin came to tell me and I kicked her out, I kicked her out of my house because I didn’t believe her. But when she left, the girl who took care of my children came to tell me that what they were telling me was true. I went crazy, I didn’t say anything because it was a dish that was eaten cold, and she later told me, but I didn’t listen to her too much, I told her that she was going to end up with the same partner problems as me, “said the model.

“I was in a fight for a long time until one day I understood that no one owns anyone and that nothing does anything to anyone, it does it to oneself”, Ginette explained. “At Christmas we all meet. That is the great blessing of my family and I think it is because of my matriarchy, we all grew up together and it is a family that constantly seeks unity. These types of situations can be incorporated through love”, concluded the actress.