Big Brother: after Juan’s departure, La Tora exploded against Alfa and did he use the spontaneous one? 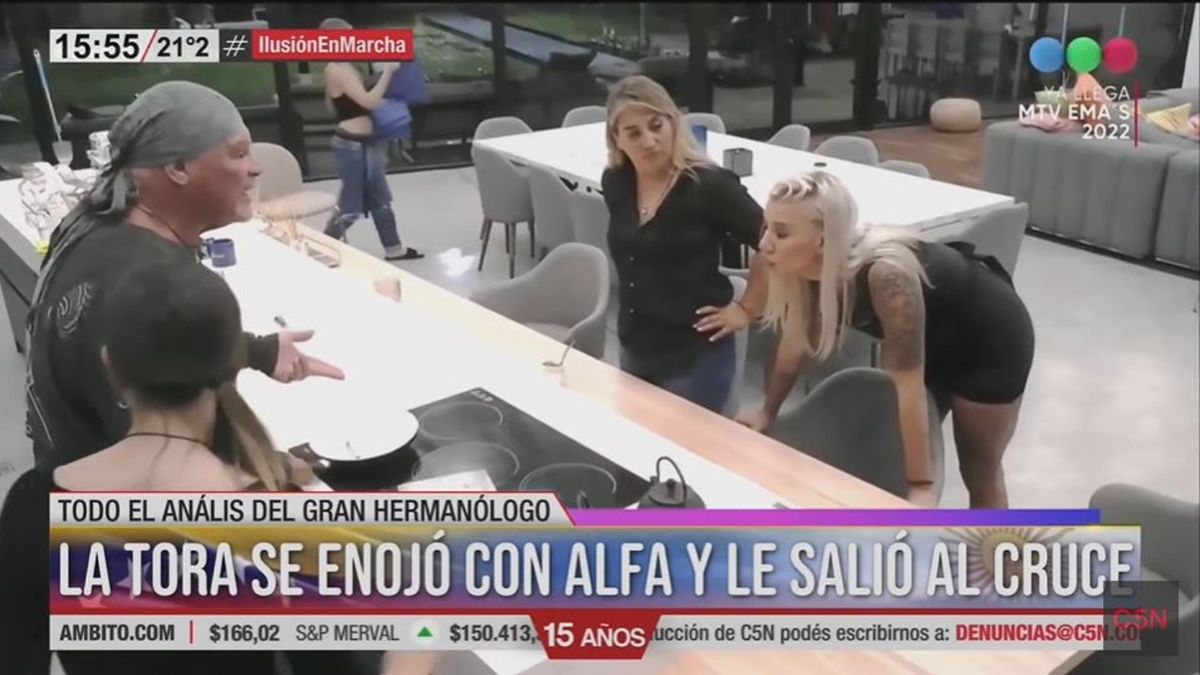 Although many inside the house were convinced that this episode would feed Walter’s negative image and that he would finally be out of the competition, it did not happen. And while “Alfa” insisted again that he wanted to play a joke on Coti, La Tora lashed out at him visibly angry. “What joke are you referring to?”he told her vehemently.

“I’m talking to Romina. There are no bosses or bosses here. I was talking to Santiago del Moro and you got in”Walter replied. And the blonde insisted, with the tension rising: “There are things like that that aren’t called jokes. That’s the gravity you don’t understand. You should apologize and that’s it.”

“Alfa” remained firm in his position and “La Tora” had the last word. “I’m talking to you as a society. That you put a deodorant in your pajamas and that you say ‘look at Cotita how I have it’ is not a joke. What part do you not understand, brother?” he yelled at him, among other insults, and went to the confessional.

Minutes later, Agustín asked Big Brother if the spontaneous nomination could be made, but it had already been used. And given Lucila’s history, who the previous week had also been carried away by her emotions, everything would indicate that she used this resource again, perhaps against Walter.

After Mora’s elimination, “La Tora” not only complained because Agustín had not been eliminated, but also used the spontaneous nomination against Coti and Julieta Poggio. But since she later took off the microphone to conspire with Juan and Juliana Díaz, the three lost their votes as a sanction.

It will be necessary to see if this week he handles his strategy better and who wins the leader’s test and has immunity.