Thomas Hayo: What he thinks about Heidi Klum’s worm costume 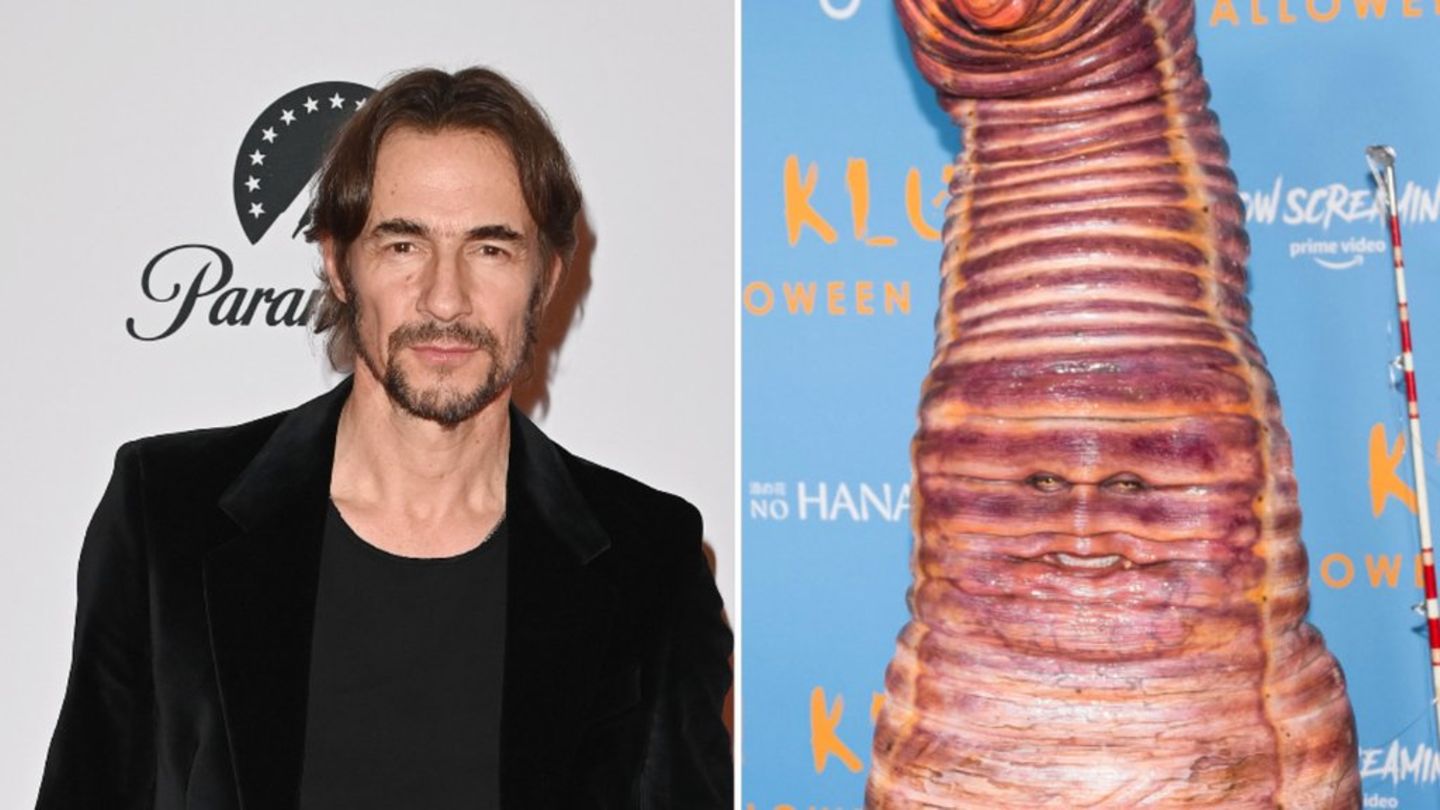 Heidi Klum dressed up as a worm at her Halloween party this year. Thomas Hayo “didn’t expect it”, as he said.

Model Heidi Klum (49) once again threw herself into an extraordinary costume at this year’s Halloween party on October 31st. At her legendary celebration in New York, she wove her way down the red carpet in a worm disguise. Klum’s good friend and creative director Thomas Hayo (53) was also present at the party. Regarding the masking, the 53-year-old had “a faint premonition of where things are headed without knowing exactly,” as he told the spot on news agency on the red carpet of the MTV Europe Music Awards (EMAs) in Düsseldorf. “But I have to say, she still surprised me.”

He is an “old veteran” when it comes to model mom’s Halloween parties. But he also “didn’t expect” the worm costume. The masking also “triggered very extreme reactions,” Hayo clarified. “Now looking back, I think it’s almost even cooler, all the memes and pictures – like the kebab skewer with her face on it.” There’s no denying it, “the costume was a complete success,” he concludes.

“It is also symbolic, the angler Kaulitz has the worm on the hook.” This means Klum’s husband, Tokio Hotel guitarist Tom Kaulitz (33), with whom the model has been married since 2019. Hayo was amused by the elevator, saying it was a “great evening”. “The costume will go down in Halloween history.”

Thomas Hayo back at “GNTM”?

Next year there is another big event at Heidi Klum – the new season “Germany’s next top model” starts this time in Los Angeles. Will Hayo play a role in the ProSieben format again? “I can’t reveal it yet, but it’s a fact that I’ve been stopping by from time to time since I haven’t been a permanent member anymore,” explained the creative director. Be it as a guest judge or in the final. “If we can set the date, then I have a good feeling that this time we’ll do something nice together again.”

He’s always happy to see Klum again. But working with the models was always “what I enjoyed the most,” Hayo explained. “I miss that a bit. It was a great time. It’s easy to see how people develop who come out of their small village in Germany for the first time.”

In recent years, Klum has made a few changes to her candidates. In the last season, everyone was welcome, from plus-size models to pensioners. Can she go a step further in 2023? “Sometimes you don’t have to step up your game, just keep going,” Hayo said. “They set a new standard last year and I hope that continues now.”