Banksy in Ukraine: Seven artworks by the anonymous Brit 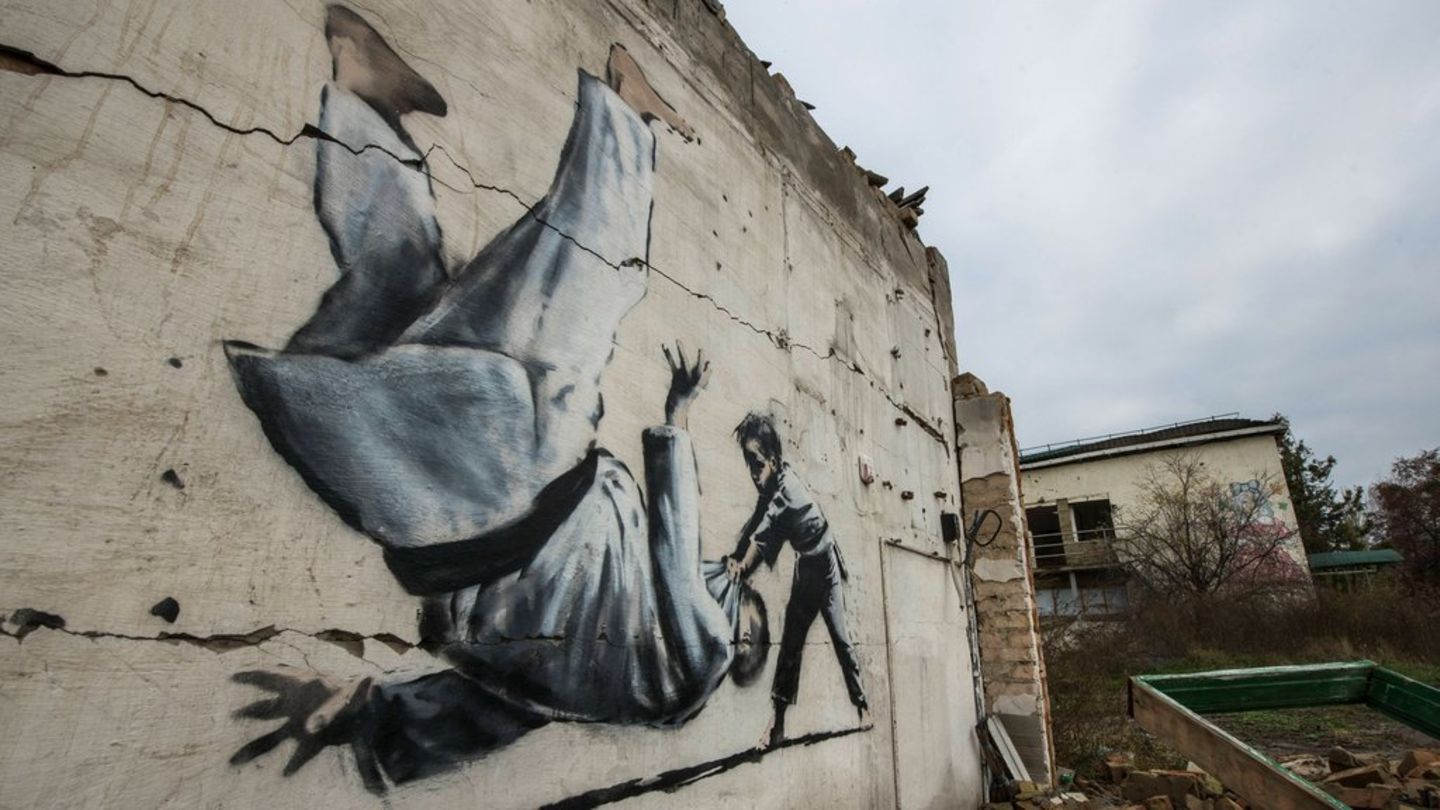 Legendary street artist Banksy has credited a total of seven graffiti artworks that were created in Ukraine.

British street art legend Banksy has credited a total of seven graffiti artworks that were created in Ukraine. . Accordingly, he was responsible for the artworks in various places in Ukraine, including both in the capital Kyiv, as well as in the suburbs of Irpin and the city of Borodyanka, which were badly damaged by Russian bombing and artillery fire.

Speculation that the anonymous artist was in the war-torn country has mounted over the past week. A series of three pictures taken in the Ukrainian city of Borodyanka, northwest of Kyiv, was shared on his official Instagram channel. The artist simply wrote: “Borodyanka, Ukraine”. You can see a young gymnast balancing on a destroyed building.

Another mural shows a man thought to resemble Russian President Vladimir Putin being thrown to the ground during a judo match with a young boy. A third work shows two children using a metal tank as a seesaw.

Banksy has now confirmed this and four other works. These include a woman in a dressing gown, with curlers wearing a gas mask and holding a fire extinguisher, a bearded man taking a bath, and another work in which Banksy appears to have transformed an existing graffiti of a penis into a nuclear warhead loaded onto an armored truck.

Banksy is not the first time in crisis areas

The identity of the legendary artist remains unknown. It is certain that Banksy is British and comes from Bristol. The artist had previously traveled to crisis areas around the world. Among other things, he protested in the West Bank against the Israeli barriers there.