Childhood and Youth: Fito Páez and a literary journey through his triumphs, loves and tragedies 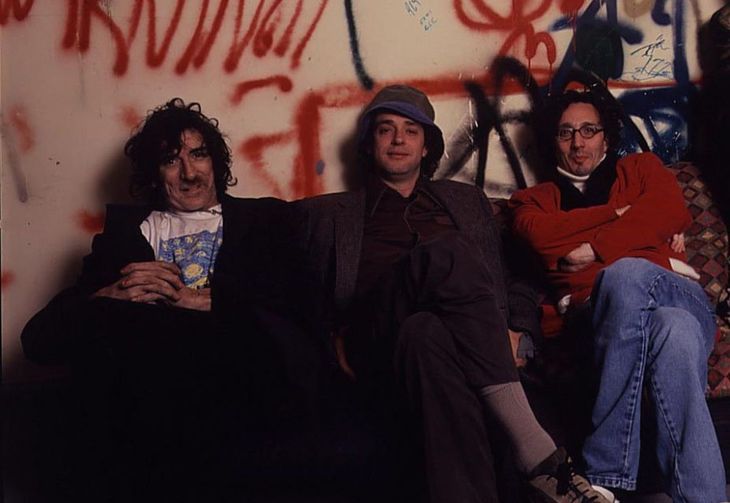 Páez lives in his music. There he offers coordinates of a universe that dialogues with cinema, literature, the cities and the women who marked him.

Today, almost 40 years after its debut, the artist adds a new piece to the puzzle. Is about “Childhood & Youth, Memories” (Planeta, 2022), a book that reviews his life in an autobiographical key, from his childhood in Rosario to his absolute consecration with “The love after Love”.

Fito Páez – Of the Sixty-Three (Audio)

Like many, Páez found a fertile field for creation in the pandemic and confinement. It was in 2020 when the insistence of his friend Nacho Iraola paid off and a skeptic Fito embarked, once again, on the odyssey of writing.

Two years after that exercise in self-knowledge, that journey through time full of famous companions, scoundrels, fortune tellers and great loves, the work comes to light in the midst of a renewed furor for the musician, a consequence of the 30th anniversary of the album that changed everything.

In a brief but beautiful preface, Rodolfo Páez will say about his creature: “I hope it helps you pass the time and steals a smile from you. Thanks to my tribe for giving me the gift of time to live, to sing and tell adventures during all these years.”

Fito Páez was born on March 13, 1963 in the city of Rosario. As a child, he admits, he knew the smell of death. On November 24 of that year, his mother, Margarita, died as a result of a tumor. Páez was barely 8 months old and tragedy was already hitting him.

After drawing a cinematographic journey through his Rosario neighborhood, the author places the reader in the house on 861 Balcarce Street, the scene of his childhood. There he lived with his father, the stern but generous Rodolfo, and his “putative mothers”, Belia and Pepa, grandmother and great-aunt respectively, women who will play a fundamental role in the artist’s life.

The first part of “Childhood and Youth” is dedicated to the initiation days of little Páez. Friends, games, movies, Titans in the Ring, movies, Kubrick, Vox Dei, Horacio Quiroga, Jack chocolates and classes at the Mariano Moreno school, among others, will appear on the scene.

Then the first puffs will come, some stories about his early sexual awakening, the Dante Alighieri school and a first arrest in a changing, moralistic and repressive Argentina.

In the middle of that cocktail party, on August 7, 1976: the night “when the gods gave him a clear sign”. The Bird Making Machine came to the city to play at the Astengo Foundation Auditorium. “Everything there began to tremble. The theater and my soul,” admits Páez. The whirlwind had a first and last name: Carlos Garcia Moreno Lange. Charlie Garcia. Nothing would be the same for Rodolfo Páez, 13 years old.

That circle would close the following week. Invisible played at Club Sportivo América. discover a Luis Alberto Spinetta angelic and sensitive he finished convincing the teenager from Rosario: he wanted to do that with his life.

Little by little, Fito will find in the records and in his own creation a refuge against a violence that intensified in the streets.

The first adventures will decant in his entry as a musician and promise to the band of Juan Carlos Baglietto. Through sacrifice, he will manage to avoid the colimba and Buenos Aires will adopt the “poor boy from beyond the interior” and vice versa.

“Youth”, the second half of the book, begins with Charly García calling Fito to be his keyboardist. This event, which occurred after the launch of Clics Modernos, seems to decree the end of his childhood for the author. “It was the kid’s dream,” he will comment.

Since then, a journey begins where the Rosario landscape passes into the background: now the world is his playing field.

It will also appear Fabiana Cantilo, a love that comes suddenly and that will accompany Páez even after love. “Today your love, tomorrow the world”, sang the Ramones.

Neighborhood friends are gone. Instead, new fellow travelers enter the scene: Pablo Milanés, Mercedes Sosa, Spinetta, Charly García, Atahualpa Yupanqui and Caetano Veloso, for instance. And now, too, the world is his. Venezuela, France, the insurrectionary Cuba and the sinful Ibiza join the blog of a Fito in motion.

But paving the way to the summit will come November 8, 1986 and that call to Brazil that changed everything. Fito, Charly García, his girlfriend Zoca and their band were in Rio de Janeiro when the phone rang. The voice on the other end spoke: “Fito, they killed your grandmothers in Rosario.”

“There began a long drunkenness that would last for years,” the musician will comment, before devoting an entire chapter to the police account of those horrible crimes, whose artistic drift was “City of Poor Hearts”.

The night of the news, García carried on his shoulders the deep state of shock and sadness that invaded his young friend. With his audacity he would manage to change her face, at least for a while. “I love Charly García for many reasons. Making me laugh on a sad night is one of them”, confesses Fito.

Only after years of suffering and excesses, the author himself will recognize that relief came in the form of a woman: Cecilia Roth, one of his great loves. She was the one who invited him, after long nights of reflection and hardship, to go one step further and “let them go”.

The book ends with an exhaustive account of that complicit and happy couple that was Páez-Roth, and of the creation and subsequent presentation of “Love after love”. Nothing else would be the same for Rodolfo “Fito” Páez.

Far from falling into the flat gray of biographical uniformity, “Childhood and Youth” entertains and captivates. Páez’s pen unfolds with ease and imagination; It is present in every stroke. It is, in its own way, a document of times (and times) and the literary reflection of a life in which there is room for several.