“Juana Banana”: a clueless woman who wins at film festivals 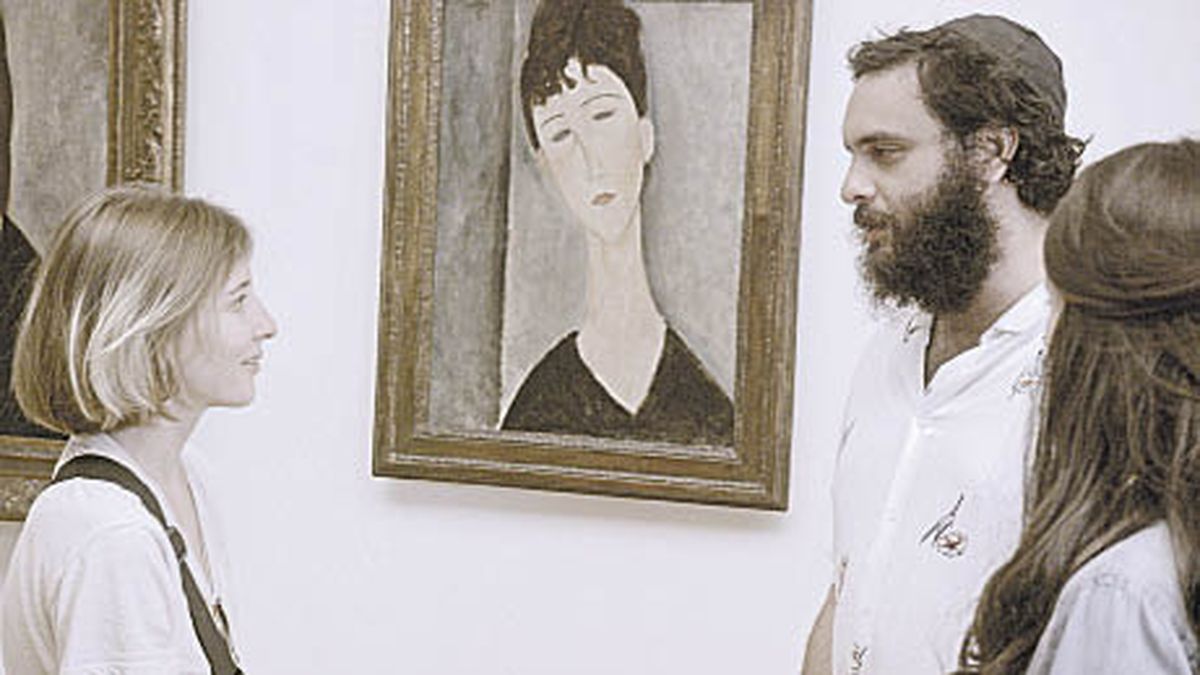 Matías Szulanski: Yes, “Juanita Banana”, one of her hits. But no, I put “Juana Banana” because it rhymes, I find the rhyme funny. The term is affectionately associated with shooting in the air, and in this case she is a clueless girl, who hasn’t had any luck yet but she has intelligence, she has attitude, many interests, she reads authors that open her mind, not best sellers. She is smart. Julieta Raponi embodies her very well. I like the look of her as unkempt, natural. And her face. There are people who have the face of a model. I prefer faces that have life on top of her, like her.

Q.: Very good, the prize for Julieta Raponi at the Festival. She has a good name in the theater, where she also directs, but in the cinema she had hardly appeared.

MS: I liked it as soon as I saw it. Women always seem more interesting to me, their world is more interesting, and I think they are stronger, more assertive, and as actresses they are calmer, less divas than people think. I always had good experience with them in movies.

Q.: And you always work with the family.

MS: My family likes to get involved. My sister is the costume designer, my wife and my parents have small roles, and with him we have a film company, Kligger Embajada Creativa.

Q.: How was that society formed?

MS.: My second film, “Pendeja, payasa y gorda”, a black humor police comedy, turned out to be the one with the biggest budget I’ve made in my entire career, and that’s perhaps because it was handled by a professional team. Then my father offered to help me with the bookkeeping. He is an industrial engineer, he works in lighting systems, this is not his metier, but since he joined we have not lost money.

Q.: Is that true? Can you live from the cinema?

MS: You can live from the cinema, I assure you. We had some losses due to the pandemic and the jump in the dollar, but in the long term, between sales and royalties, everything recovers and we invest again. And I try to be very active, I do one and I’m already preparing another. They’re not perfect, obviously, but I don’t want to make art, just nice and honest. There are movies that shine brightly for a while and then go out. I want mine to be like a little torch that burns and stays. Now, for example, “Astrogauchos” has been renewed for Flow.

P.: That is one of the best you have done. I ask him about Fabián Arenillas and Carlos Páez.

MS.: I usually repeat with them. A very good actor, and a very versatile musician, terrific, who here writes songs and piano solos. Here the writer Horacio Marassi also joins, who acts in a very particular scene and I think it’s great, very boss.

Q.: Also tell me about Villa Crespo, where you filmed.

MS: My neighborhood, of genuine identity, which is recognized without the need to take tourist shots. It is the neighborhood with the most Jews in the entire city, but not with a Judaism for export. Yiddish is not spoken so much anymore, I barely know a few words myself. I have a script on the way, darkly humorous, to do on your streets, and when I do, I want it to come out genuine and honest. But first, I’m thinking of doing a comedy about two journalists from a soccer weekly that’s run down.

Share
Facebook
Twitter
Pinterest
WhatsApp
Linkedin
ReddIt
Tumblr
Telegram
VK
Digg
LINE
Viber
Previous article
“We arrived at the World Cup at a great moment”
Next article
NATO blamed Ukraine for the fall of a missile in Poland, but Zelensky seeks to involve it