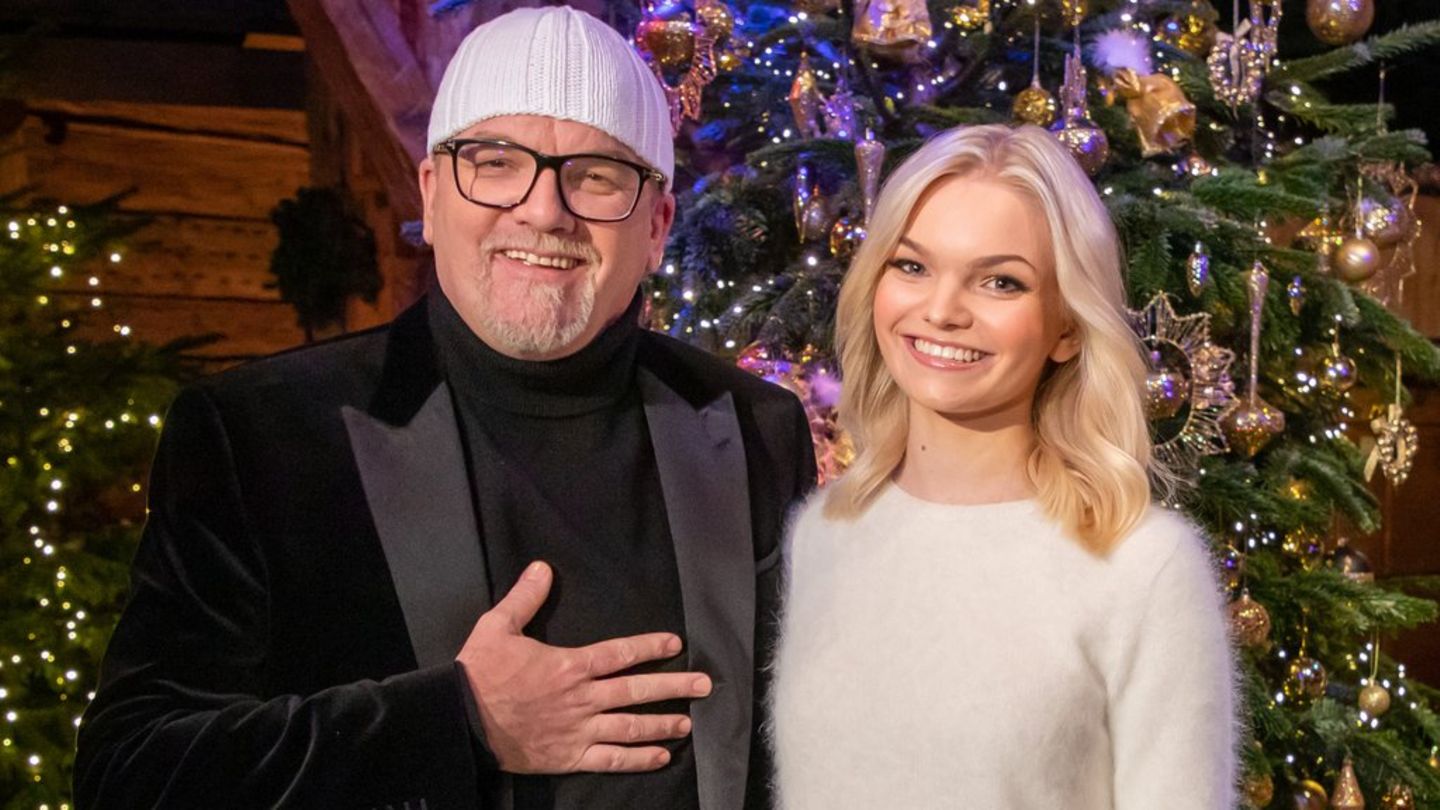 DJ Ötzi releases a Christmas album. A duet with daughter Lisa-Marie can be heard on it – which he has wanted for a long time.

The Austrian musician DJ Ötzi (51) has ventured into a Christmas album for the first time. “Christmas Memories” will be released on November 18th, containing 13 English and German classics. There are also personal messages from Gerry Friedle, his real name.

A special highlight: together with his daughter Lisa-Marie (20), he sang John Lennon’s and Yoko Ono’s Christmas classic “Happy Xmas”. “The duet was her Christmas present to her dad,” says DJ Ötzi. In an interview with the news agency spot on news, the singer reveals why the musician owes his daughter the Christmas album and what the secret is behind his long-term marriage.

On your album “Weihnachts-Memories” you cover well-known Christmas classics. How did you make the selection? Which hit shouldn’t you be missing on Christmas Eve?

DJ Ötzi: I only made the selection based on my taste. There are so many beautiful songs and songs. Many of them are compulsory on Christmas Eve, such as “Silent Night”. The song was written and premiered just a few thousand yards from my house.

You are releasing your first Christmas album. Why was it time now?

DJ Ötzi: I’ve been thinking about a Christmas album for a long time because there are so many wonderful German and English Christmas songs. But I’ll tell you a secret: when my daughter Lisa-Marie said she wanted to go to the studio with me and sing the “Happy Xmas” song by John Lennon and Yoko Ono, it was finally clear, now the time has come: we make a Christmas album.

How did it feel to be in the studio together?

DJ Ötzi: It was a wonderful time for me. In my opinion, Lisa-Marie has a very special voice. The duet was her Christmas present to her father. I’ve wanted to sing with her for a long time.

Do you have any other musical projects planned with your daughter?

DJ Ötzi: What she plans is her decision alone. I don’t want to talk her into it.

Last year you were both on stage together at the show “Magical Christmas”. Are there any performances planned again this year?

DJ Ötzi: There can be one or two surprises. At least on Christmas Eve we will sing “Silent Night” together (laughs). Let’s see, maybe she’ll be there when I give my first Christmas concert at home in Salzburg on December 17th.

Does your daughter perhaps want to become a singer too and follow in your footsteps? How would you like that?

DJ Ötzi: Lisa-Marie passed her Abitur last spring, which we call Matura, and made me very proud. She studies in a different direction. But, I’m happy if she likes show business, because I’ve experienced moments in this job that made me happy. If she wants to do something completely different, I will support her too. And of course my wife Sonja thinks the same way.

Are you a critical father? So do you sometimes give negative feedback?

DJ Ötzi: No, I’m a loving father. I support them, my wife is responsible for criticism (laughs).

You have been married to your wife Sonja Kien for over 20 years. What’s your marriage secret? How do you keep a relationship going that long?

At the moment we are concerned about the war in Ukraine and rising energy costs. What are your means of not losing heart in difficult times?

DJ Ötzi: It sounds banal, but music is actually a way for me to endure the bad days better. Music determines my daily routine, I only listen to music in the car, even at home – even when doing sports. That gives me strength and hope.

Will you give up Christmas decorations etc. this year to minimize your energy consumption?

DJ Ötzi: There’s no general answer to that. Sure, like most people, we try to save energy and use as little gas or electricity as possible. But Christmas is more than just colored lights. For me, Christmas is candlelight, cosiness, some sweet biscuits, tea, giving each other time and accepting time.