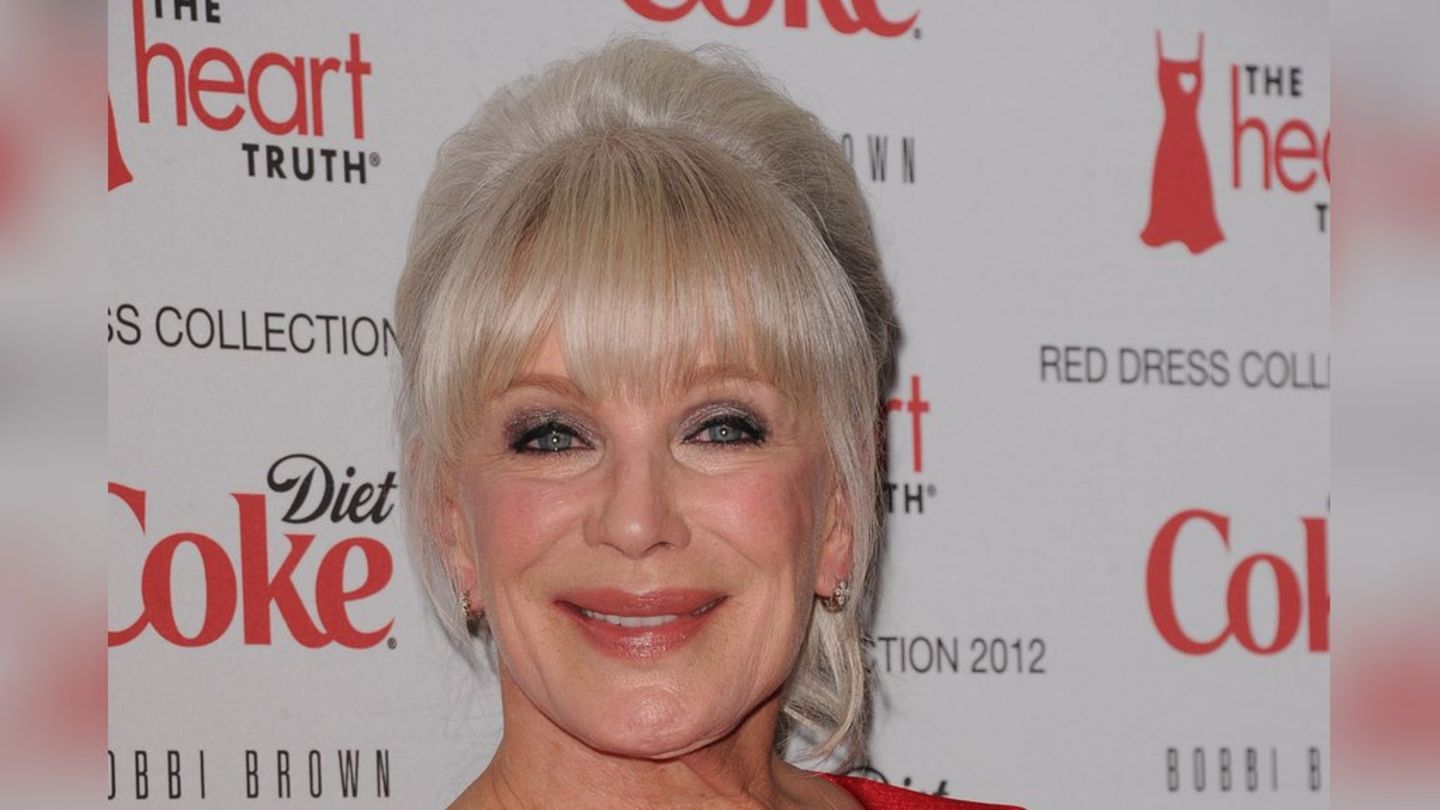 “Denver Clan” star Linda Evans turns 80. That’s why the actress turned her back on Hollywood.

This poor beautiful woman: all alone in a den of snakes. Everyone only wants her bad. There shadows easily move over a sensitive soul. If the sky-blue eyes shine, then only with tears. This fits perfectly with the wistful smile of the lady who revealed to Hollywood and the whole world how beautiful heartbreak can be.

For almost ten years, Krystle Carrington has shown millions of TV viewers how to survive in the intriguing hell of the legendary series “The Denver Clan” in the 80s and somehow even survive. The actress Linda Evans (80) was the famous face of Krystle Carrington, the only really good person in the cult series, which means she still is: dear Krystle is the kind-hearted Linda.

“The Denver clan” made them unique. She and her equally beautiful but abysmally malicious opponent Alexis Carrington Colby, who was played congenially by British actress Joan Collins (89). Both women – really world-famous stars in their heyday – have now reached a proud age. The “witch” Joan Collins will be 90 next spring – and dear Linda Evans will celebrate her 80th birthday on November 18th.

Only rarely do actors reveal a congruent identity of character and self, as is the case with Linda Evans and her alter ego Krystle Carrington. She has achieved a lot in her dream job, but life has always hurt her a little, mostly in the form of men.

It all started with husband number one, Hollywood handsome John Derek (1926-1998). He met the pretty daughter of the Norwegian dancers Arlene and Alba Evenstad in the 1960s. The family had moved to North Hollywood from the East Coast to the West, and Linda, who called herself Evans for convenience, took acting classes to overcome her innate shyness – and met John Derek in Hollywood’s star biotope.

He had acted in two monumental films (“The Ten Commandments” and “Exodus”), was friends with half of Hollywood and tried his hand at being a “Playboy” photographer and film director. In his first marriage he was married to Pati Behrs, a great-niece of the Russian poet Leo Tolstoy. Wife number two became the Swiss Ursula Andress, who became world famous as the first Bond girl in “James Bond chases Dr. No”. When Derek fell in love with Linda Evans, he divorced and married his new flame in 1968.

Linda had already made her first appearances in the popular western series “Big Valley”. It didn’t take long for John Derek to set his sights on a new prey. At that time her name was still Mary Cathleen Collins and she was already driving half of Hollywood crazy.

John Derek stuck to his tried and true pattern. In 1973 he gave Linda a clean break, divorced and married the new girl, who then went on to have a film and photo career as Bo Derek as allegedly the most beautiful woman in the world. But when Linda, who was 14 years older than her, pulled the man, it was “a shock for me and totally unexpected”. In the end, Bo did her a favor, “because without her I wouldn’t have started acting again and I wouldn’t have made ‘Denver Clan’ either.” That changed her life “completely. The series was a godsend for me that I could never have imagined”. And with Bo Derek, she has met frequently since the death of John Derek in 1998 and “always got on well with her.”

Her second marriage (1976-1981), this time to real estate agent Stan Herman, also ended after five years, as did her fleeting liaison with actor Lee Majors and her relationship with Greek musician Yanni, who was twelve years her junior and whom she briefly met left before her 50th birthday. The dream woman, who photographed her ex-husband John Derek for “Playboy”, was absolutely unlucky in love.

She has come to terms with that. “All my life I’ve wanted to have a husband and children, just the classic family. Unfortunately, this dream didn’t come true”. In the meantime, her “ideas have changed. I’m much happier without a man. I love my life the way it is”.

Acting is over – apart from a guest appearance in 2020 on the German “Traumschiff”. Her best friend Bunky Young, also a member of the “Denver clan”, died last year at the age of 90. And the other friend, Ursula Andress, her predecessor as John Derek’s wife, is now 86, lives in Rome and is said to only rarely come to the United States. The old Hollywood contacts have largely been severed.

The constant rumors that she has had facelifts have also galled Linda Evans’ proximity to the dream factories. Most recently, her “Denver” archrival Joan Collins, with whom she toured North America in 2006 with the play “Legends” about the small war between two aging Hollywood divas and who also privately has a mouth that requires a gun license, in her memoirs “My Unapologetic Diaries etched: “How are you supposed to ignore someone who comes on set with a patch on their eyelid? All the other actors then went like, ‘What did she get done?'”

Linda Evans has radically cleaned up her global image of the glamor queen with an irresistible blonde mane. She suffered from depression and chronic back pain for years, the famous Krystle hairstyle “is just a wig” and her hair fell out due to the strong medication. In the meantime, she has been cured of her back pain through several operations.

She has since said goodbye to Hollywood, where she was immortalized with a star on the Walk of Fame. Linda Evans now lives on a 30-acre estate in Tacoma, in rural Washington State in the Northwest of the United States. Her sister and her son also built a small house on the property. All around them pure nature – and undisguised people. This is possibly what she’s been looking for all her life.