Natalia Wörner: “Domestic violence against women affects us all” 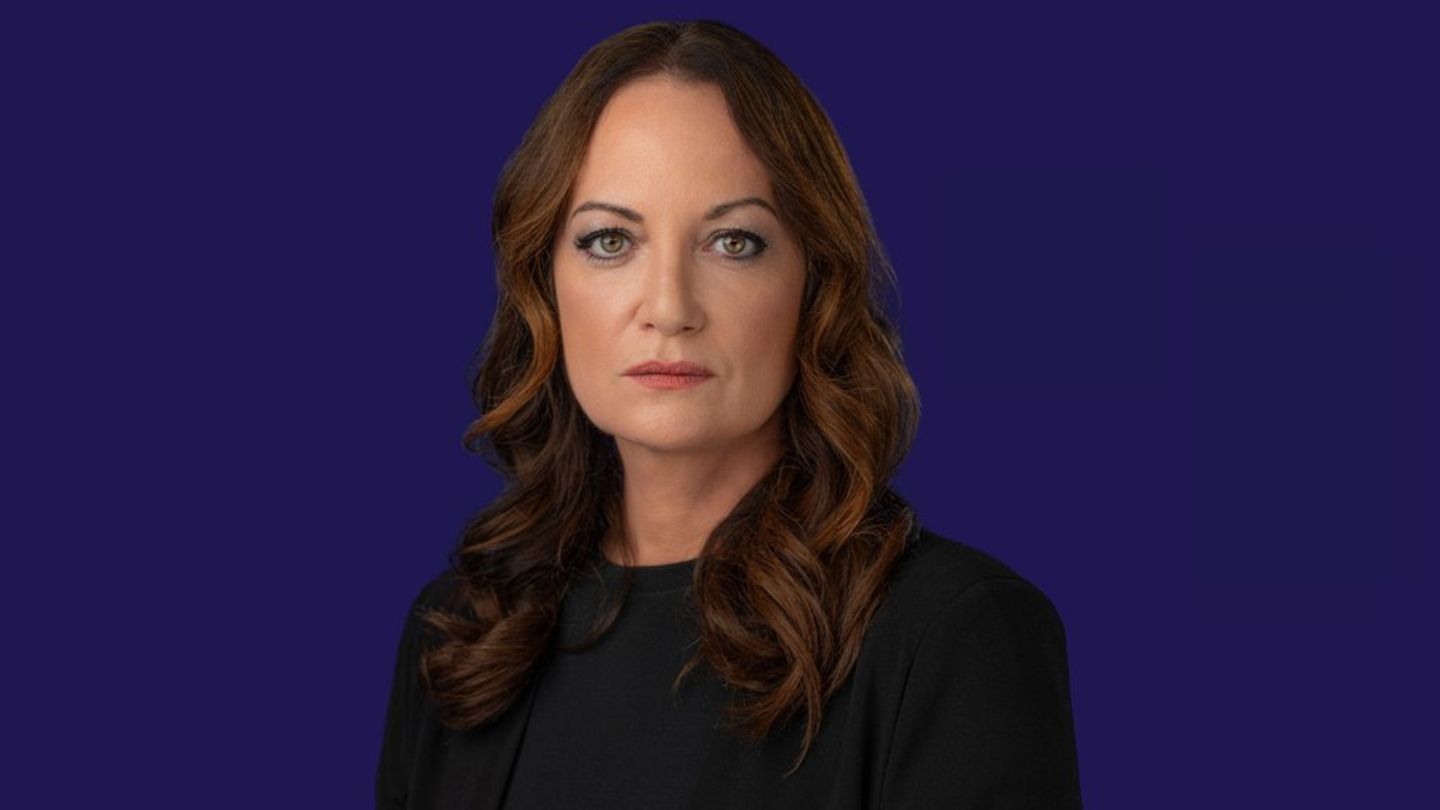 Actress Natalia Wörner continues to fight against domestic violence against women. “The topic concerns us all,” she clarifies in the interview.

Natalia Wörner (55) is consciously continuing her fight against domestic violence against women. As early as 2020, the actress founded a campaign against domestic violence against women with the #Sicherheim initiative, and she currently supports the global Yves Saint Laurent Beauty program “Love without violence”. “For me it’s like a continuation of an inner thread,” explains the TV star shortly before the International Day for the Elimination of Violence against Women, which is celebrated annually on November 25.

And the actress also sheds light on this important topic in feature film form. Arte is showing the film “The Power of Women” on November 18 at 8:15 p.m. Wörner embodies the lawyer Annabelle Martinelli, who specializes in sexual criminal law. “I think we have to tell a lot more about the victim’s perspective in fiction, and with it powerlessness.” But politics also takes the 55-year-old to task in an interview. “There is a lack of an overall political strategy and an approach that involves all departments,” Wörner clarifies.

Every third woman in Germany is a victim of physical and/or sexual violence in her current or previous relationship at least once in her life. Yet violence against women is still largely a taboo subject, why?

Natalia Wörner: I believe that the stigmatized taboo zone has slowly been crossed and that the issue of violence against women is now finding a much larger resonance in society and that in many parts the media is also dealing with it in a more differentiated way. There is still a lot of room for improvement and what will certainly help is to deal with the facts and to analyze exactly where there is a lack and what is needed politically, scientifically and socially and what role the media play here and what responsibility they have.

The numbers in Germany are still unacceptable. Not only is every third woman in Germany a victim of physical and/or sexual violence at least once in her life, every fourth woman is also a victim of physical or sexual violence at least once at the hands of her current or former partner. According to representative surveys, two out of three women experience sexual harassment in their lifetime. Every 2.5 days a man in Germany kills his (ex-)partner. In every hundred women who are raped, only about ONE sees the perpetrator convicted. This is unacceptable and in no way justifiable. Official figures on how often digital violence occurs are not yet available. Women are particularly affected, and this often results in women stopping speaking out to protect themselves from online attacks.

Here, the YSL Beauty campaign “Love without violence” reflects the reality of our lives in such a way that all areas of life in which violence takes place are illuminated and awareness of it can arise. Our perception has to adapt to the reality of our lives and find a language for it – the gray areas are given names and coordinates and perhaps also pain limits.

What does it take to finally succeed in completely removing taboos?

Wörner: The question is: How do we want to live? And what do we want to pass on to our daughters and sons for the future. The protection of women’s rights is an indicator of the state of our society. Violence against women is also an issue of internal security and ending violence against women is a prerequisite for a vibrant democracy. We have been experiencing the revolution in Iran for weeks now and see how young women and men risk their lives every day in order to finally be able to live freely. The courage of these people robs me of speech. To be free is to be fearless.

What does it take politically to move forward on the path you want?

Wörner: The recently published report by the Council of Europe shows that there are still many areas in Germany where there are gaps in terms of measures to prevent, prosecute, protect and support those affected. So far, for example, there has been no overall political strategy and no approach that includes all departments that are related to the topic, i.e. interior, social affairs, health, family and finance ministries, this is an obligation of the Istanbul Convention, which has not yet been implemented and there is no government timetable yet.

The fact that the support offers are still not available to cover all needs and across the board is crucial and immediate for all those affected. It depends on which region you live in, whether you have access to women’s counseling centers or a place in a women’s shelter. In particular, those affected by sexualised violence and support for women who are affected by multiple discrimination. Even in collective accommodation for asylum seekers, safety and protection from violence for women is not guaranteed.

Also, more research is needed to better understand the issue and develop effective measures. The last major government prevalence study was in 2004. Now work has finally started on a new study, almost 20 years later. That makes you very thoughtful in view of the daily news situation.

In 2020 you founded a campaign against domestic violence against women with #Sicherheim. You are currently involved with Yves Saint Laurent Beauty in the “Love Without Violence” initiative. What exactly is behind it?

Wörner: For me it’s like a continuation of an inner common thread. Now after two years of #SafeHome to support the campaign “Love without violence” and I am very grateful for that. With the 9 warning signs of violence in partnerships, the subtle and creeping power of toxic love is pointed out in a very clear way. It’s all about these 9 key points, which certainly have very individual forms of expression, the campaign wants to uncover the principle behind them and create a sensitivity for crossing borders.

The topic actually affects us all and there are no social or gender-related boundaries here either. Where does caring end and where does control begin? According to which criteria do you evaluate your own needs, even if they do not correspond to the needs of your partner? Who determines the limits in this structure and when are they crossed without being able to name it yourself? These are very interesting and personal questions that have to be answered individually and I am very concerned about them, especially with regard to the younger generations and their communication behavior. The fact that there are no official figures on how often digital violence occurs in studies shows how much our social and political care lags behind reality. In the crime statistics, criminal offenses such as insult or slander are recorded – but not whether digital media played a role. However, it can be assumed that digital violence will continue to spread and find increasingly harsh forms of expression. That shuts a lot of people down. We can all be much more sound amplifiers for those who cannot raise their voices.

In the context of video clips, together with other celebrities such as Nadine Klein, you report real experience reports from those affected. How much do you meet these fates?

Wörner: I am deeply convinced that people move when their hearts are touched. The head is no less important when it comes to processing fate, stories and painful moments, but the real insight and the breaking of automatisms occurs through the tangibility of the heart, at least that is my life experience. Conversely, this does not mean that you can only get involved with those affected if you share the same fate. We live in a very media-driven world and it’s hard to resist certain numbnesses, but I’m an advocate of the heartbeat – it will always win. And with this in mind, it is necessary in a campaign like this one by YSL Beauty to let people have their say and talk about their lives, not least to give courage to those who have not dared to seek help and are lonely in the silence of their suffering.

Also in feature film form you draw attention to this important topic. In “The Power of Women” you play a lawyer who advises victims of domestic violence. What exactly can viewers expect here?

Wörner: I play the lawyer Annabelle Martinelli, who specializes in sexual criminal law, who comes up against personal and professional limits through the fate of her clients. She is the rock in the story and tries to classify the different perspectives of everyone involved professionally, but she doesn’t always succeed perfectly. What I really like about the film is that it doesn’t want to dissolve all ambivalence, but rather illuminates the gray areas. A narrative style that has not been seen on German television on this topic before. It’s a very sad but also very warm film that manages to raise questions right up to the end that every viewer can think about for themselves. So many different women’s fates have their say in the film and there isn’t the right solution for everyone. In the end, my character also fails in her task, because she understood the case, but not the woman. I think we have to tell a lot more about the victim’s perspective in fiction, and with it powerlessness – the film by author and director Lars Becker doesn’t shy away from going there.

What role does the media play in this context?

Wörner: The media play an important role, especially with regard to stereotypes surrounding violence against women. We media professionals have a responsibility for how the issue of violence against women is presented in reporting and in fiction. In this way, we shape the perception of the public and society. The film “The Power of Women” breaks with a rehearsed role assignment, so that there is no perpetrator-victim reversal. I would like to go a few more rounds through Berlin with the character of Anabelle Martinelli (laughs).

What advice can you give to people who feel trapped in abusive relationships and see no way out?

Wörner: That’s the core message: you’re not alone and there are ways and means to free yourself from the painful realities of life. Dare and be honest with yourself and courageous.

The Lord of the Rings: The Rings of Power adds new faces to its cast