“Motomami” triumphs in a Latin Grammy, which surrenders to Jorge Drexler 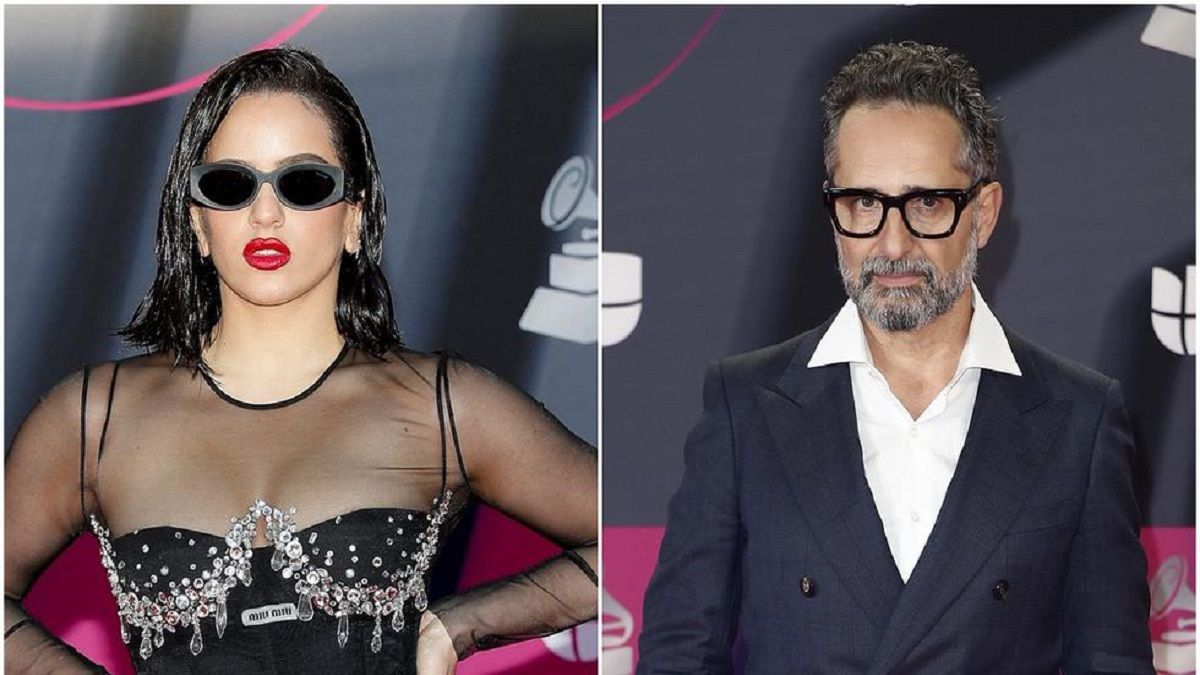 rosalia and his conceptual production that fuses genres, creates words and drives visuals, arrived as one of the most nominated at the ceremony and closed the night with four awards.

The other two most coveted gramophones of the night, Record of the Year and Song of the Year, went to Jorge Drexler and C. Tanganawith his catchy “Tocarte”.

“I did not expect this,” said an emotional at the end of the gala Drexlerwho won seven statuettes, tarnishing what was expected to be the great celebration of Bad Bunny.

The Puerto Rican reggaeton singer, absent from the party because he was on tour for his wildly popular “World’s Hottest Tour,” earned five of the ten nominations, including Best Urban Fusion/Performance with “Marmoset asked me”while with “I’m sorry baby”beside Juliet Venegas and Tainywon the Best Reggaeton performance.

Drexler He also won with his “Tinta y Tiempo” for Best Singer-Songwriter Album, as well as Best Alternative Song, Best Song in the Portuguese Language -together with the Brazilian Marisa Monte- and Best Pop Song, a category in which he declared a tie with the Colombian Sebastián Yatra and his hit “Red Heels”.

Yatrawho said he was “very happy”, shone at night when he sang with the star John Legendwho slipped into crimson loafers to sing the catchy ballad.

fito paezwhich the eve of the party said in an interview with AFP Keeping your expectations in check, she swept all three of her three nominations.

“This is a very exciting moment. I am very passionate about what is happening now,” the 59-year-old artist told the media, reflecting on the moment that Latin music is experiencing, full of mergers and conquests.

Before the gala, the Academy held the traditional Premiere, the prelude to the biggest Latin music party, in which most of the winners of the 53 categories of the night were revealed, including those dedicated to the Portuguese language.

“We are making history, it is the first time that a transgender artist has won a Grammy,” he said. linker crying when receiving his gramophone.

“Thank you very much to all my team that was with me from the beginning, dreaming,” he continued.

Another artist who celebrated a first time was ludmilla, who was moved to thank her first Latin Grammy. “I never imagined it … I struggled a lot and now I’m here,” she said.

They were also recognized the legendary Alceu Valença, Erasmo Carlos and Chitaozinho & Chororó.

The Latin Recording Academy dedicated a separate section at the gala to pay posthumous tribute to Gal Costa, legend of Brazilian music and muse of tropicalismo, who passed away this month at the age of 77.

The biggest party in Latin music was an explosion of colors and rhythms.

The ceremony, hosted by the Brazilian Anitta, the Puerto Rican Luis Fonsi, the Mexican Thalía and the Italian Laura Pausini, featured performances by Karol G, Anitta, Jorge Drexler along with Elvis Costello and Gente de Zona, among others.

The Mexican Marco Antonio Solís, honored as the Person of the Year by the Latin Recording Academy on the eve of the gala, also appeared.

The Latin Recording Academy kicked off Latin Grammy week on Tuesday with a special presentation to hear from the eleven nominees in the new artist category.

The gramophone, which consecrated Juanes, Maria Rita and Calle 13 at the beginning of their careers, marked the emotional point of the night when it was awarded in a tie to the Cuban Ángela Álvarez, 95, and the young Mexican Silvana Estrada.

“It’s never too late,” said Álvarez, who began his musical career in his 90s. An auditorium full of heavyweights from the Latin music scene melted into applause.

The Colombian Julio Reyes Copello won the Latin Grammy for Producer of the Year, defeating Édgar Barrera, the second most nominated for this edition with nine nominations.

On Wednesday, in addition, the Academy honored with its special awards for musical excellence the Spanish Rosario Flores, the Chilean Myriam Hernández, the Brazilian Rita Lee, the Argentine Amanda Miguel and the Venezuelan Yordano.