Blake Lively and Ryan Reynolds: She dedicates a loving speech to him 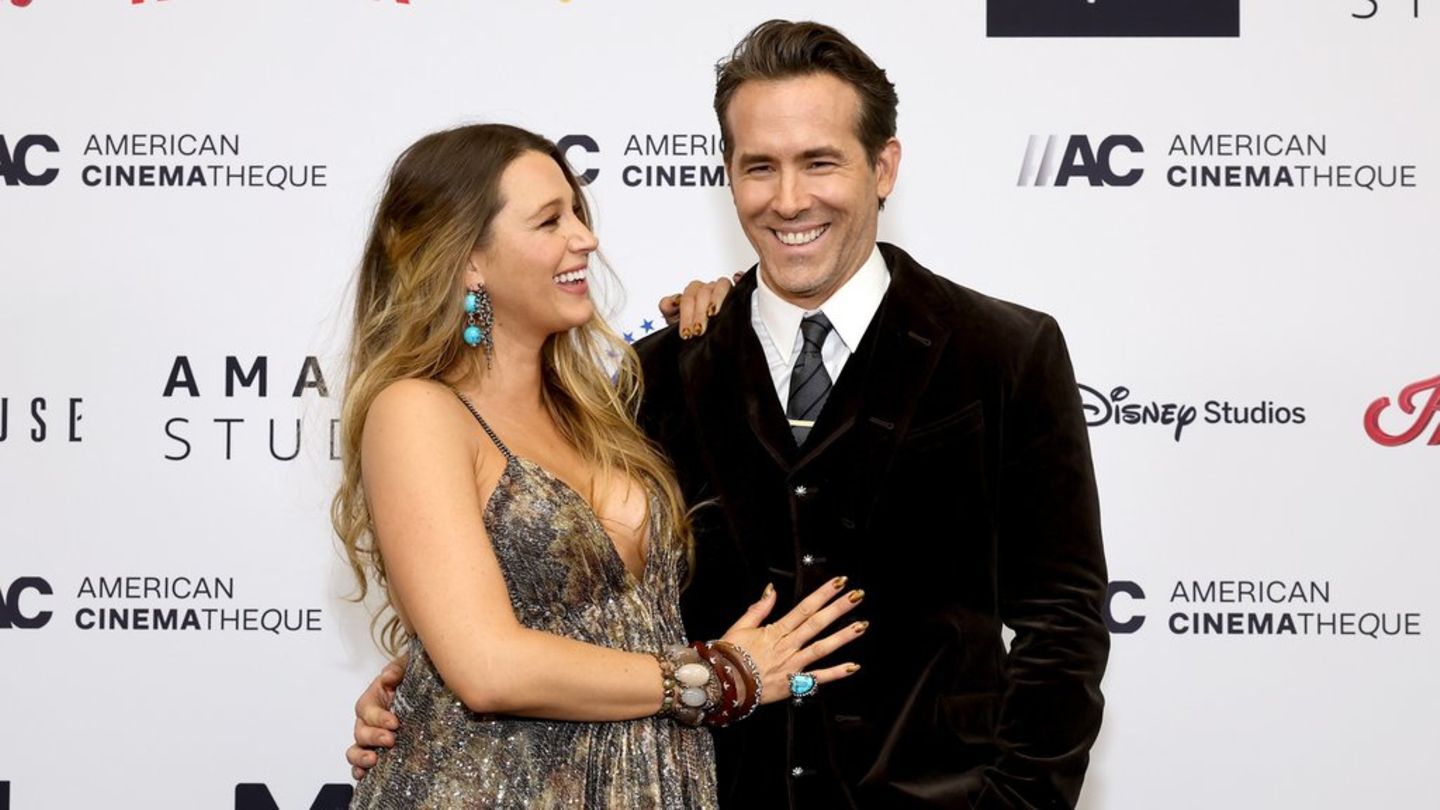 Blake Lively and Ryan Reynolds made a loving couple appearance at the American Cinematheque Awards in Beverly Hills.

The Hollywood dream couple Blake Lively (35) and Ryan Reynolds (46) showed themselves in love as ever at the 36th American Cinematheque Awards in Beverly Hills. The ‘Gossip Girl’ actress slipped into a glamorous spaghetti strap, plunging V-neckline and beaded with sequins gown from Ralph Lauren’s fall collection for her red carpet appearance. Not to be overlooked: Lively’s baby bump.

In September, the two announced that they were expecting children for the fourth time. In addition, the actress wore chic statement earrings with light blue details, a matching ring on her pinky finger and a variety of bracelets, echoing the earth tones of her dress.

Reynolds donned a sleek black velvet suit with silver star-shaped buttons. Underneath he wore a white shirt and a striped anthracite tie. Arm in arm, the two beamed in front of the photographers.

“His heart, his philanthropy, his humor”

After Reynolds was presented with one of the coveted awards, Lively took the stage. She gushed about “his heart, his philanthropy, his humor, his integrity, his unmatched work ethic.” Many of his “breathtaking qualities” would come from his native Canada, where Reynolds was born. He has also had US citizenship since 2018.

Although the two are already parents of three children, they continue to pursue their professions as actors. Reynolds’ role as a father doesn’t seem to be neglected, however, because according to Lively it doesn’t matter where he’s filming, he can’t wait to get home to his three daughters.