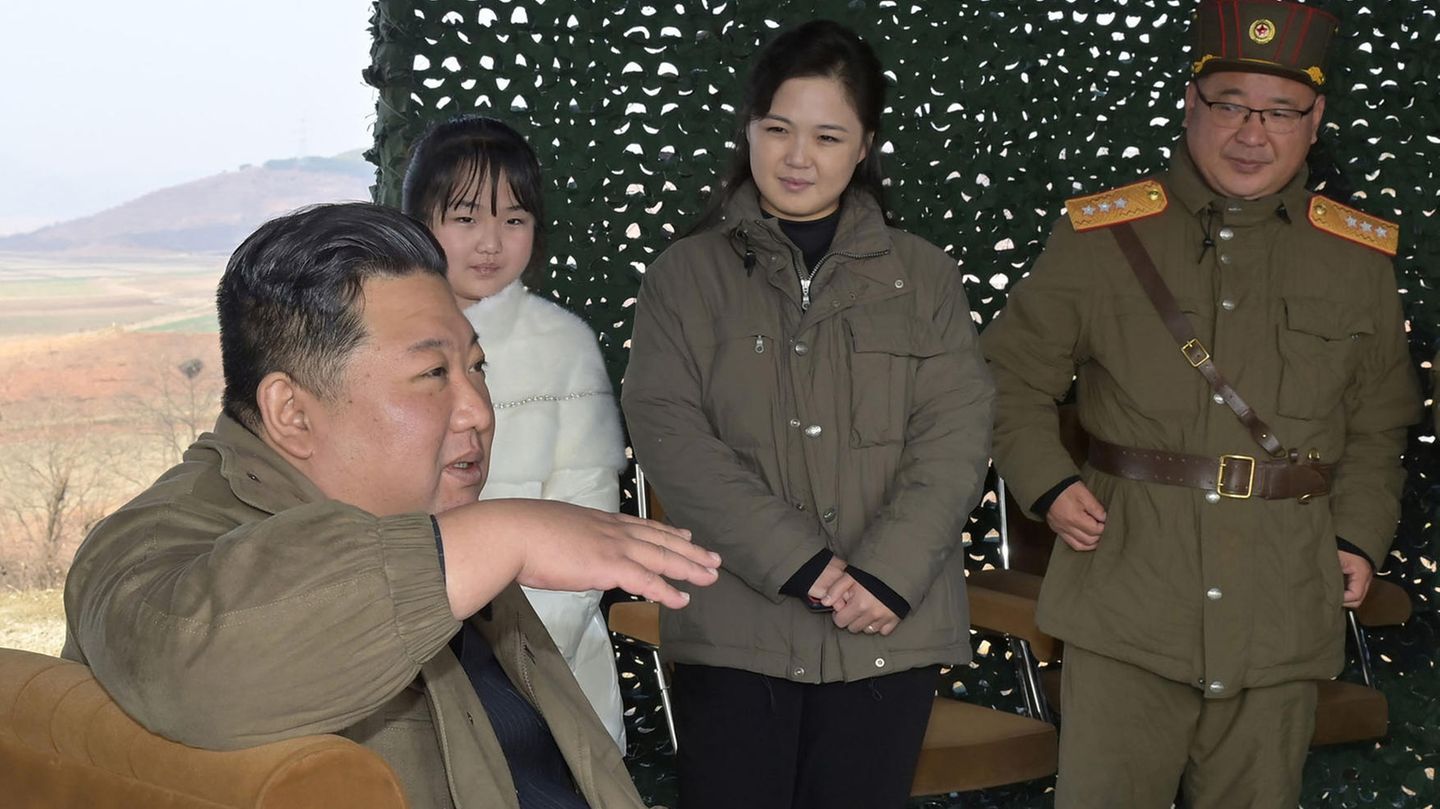 Little is known about the private life of North Korea’s ruler Kim Jong-un. Now he is showing himself publicly with his daughter for the first time.

North Korea’s state media has released photos of a daughter of ruler Kim Jong-un and his wife Ri Sol-ju for the first time. Kim was present with his “beloved daughter and wife” at the site of the launch of an ICBM on Friday, North Korean media reported on Saturday.

The youthful-looking daughter, who resembles her father, wore a white winter jacket and red shoes in the photos. It was not clear what her name was and how old she was. One photo showed her and her father holding hands in front of the launch vehicle from which the missile, dubbed a “monster rocket” by South Korean media, was to be launched.

According to observers, the photos were apparently intended to demonstrate Kim’s self-confidence and his family ties. Nothing is known about internal discussions in the isolated country about a possible successor to Kim. South Korea’s intelligence agency said last year that Kim’s younger and more influential sister, Kim Yo-jong, now appears to be the “number two de facto leader.”

Little is known about the private life of the autocratic ruler. South Korean intelligence believes Kim and Ri have two daughters and a son. North Korea has never revealed the existence of Kim’s children, South Korea’s Yonhap News Agency reported. Ri gave birth to a child in 2010, 2013 and 2017.

Kim, who is 38 years old according to South Korea, was proclaimed supreme leader of the armed forces, party and state after the death of his father Kim Jong-il in late 2011. The Kim dynasty has ruled the impoverished but well-armed state for more than 70 years.