Hebe de Bonafini and rock: from his friendship with Charly García and Sting to the Hermética records 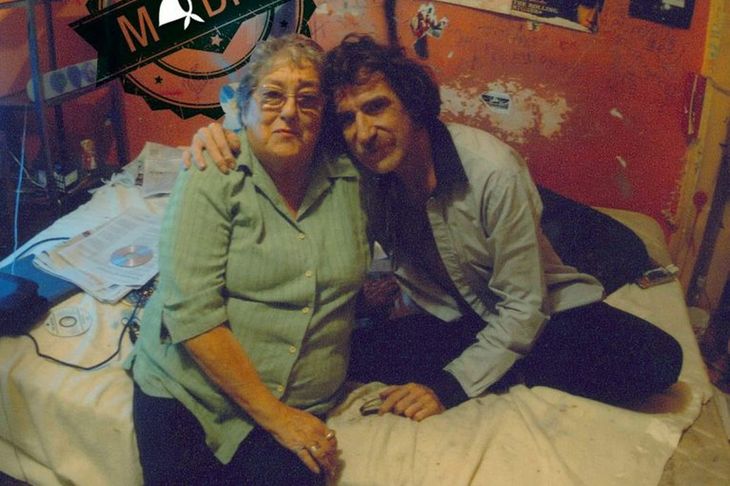 Hebe de Bonafini and the “Maradona of music”

The relationship between Hebe and charly garcia It was one of the most famous. Perhaps due to mutual recognition and the shared path in their resistance to the dictatorship, both cultivated a mutual affection that had its last post in October 2021, when García celebrated his 70th birthday at the Kirchner Cultural Center (CCK).

That day, Bonafini was photographed behind the scenes with García and was in the front row of the surprise show that the artist offered for the public that entertained him throughout that day.

Although Charly always responded to the call of the Mothers, as Hebe herself admitted, there was an event with which that relationship could crack. It was in 1999. García was one of the main numbers of the Vivo III festival, which was organized by the City. The musician proposed throwing dolls from helicopters representing the “flights of death.”

Upon learning of the setting, Bonafini became irritated and expressed his discomfort to the former Serú Girán, considering that “he was using the disappeared.” “You can’t use death flights even as a joke,” the militant snapped.

Finally, after discussing the fact in private and exchanging considerations, the author of “Los Dinosaurios” gave in and understood the reason for the criticism of the leader.

Years later, the leader of the Madres would define García as “the Maradona of music”, despite acknowledging that he does not understand much about rock.

Among the international artists who gave rise to the claims of the Mothers of the Plaza de Mayo, Sting and U2 stood out. In 1988, The former The Police disembarked in Argentina along with a luxury crew that included Peter Gabriel, Bruce Springsteen, Tracy Chapman and Youssou N’Dour for Amnesty International’s well-remembered festival for human rights.

Get Up, Stand Up – Amnesty International 1988 (Complete)

In that remembered Festival, which took place with a young democracy and the wounds of the dictatorship still fresh, the selection of top artists ended up performing “Get Stand Up”, the Bob Marley classic, with a new chorus that said, thanks to curated by Charly García, “human rights now”. For the closing, the Mothers of Plaza de Mayo were invited.

For his part, U2 singer Bono, a renowned philanthropist and civil rights activist, met with the Mothers in 2017, on one of his last visits to the country. There they recorded a video that was published for the 20th anniversary of the group.

“They are an example of greatness for the whole world. They have not turned into a monster to fight the monster. It has been 20 years of sadness, but they have never given up. The Mothers give hope to the world,” said the artist on that occasion.

Already in 1998 the British band had visited the headquarters of the Mothers of Plaza de Mayo and had praised the struggle of Bonafini and his companions.