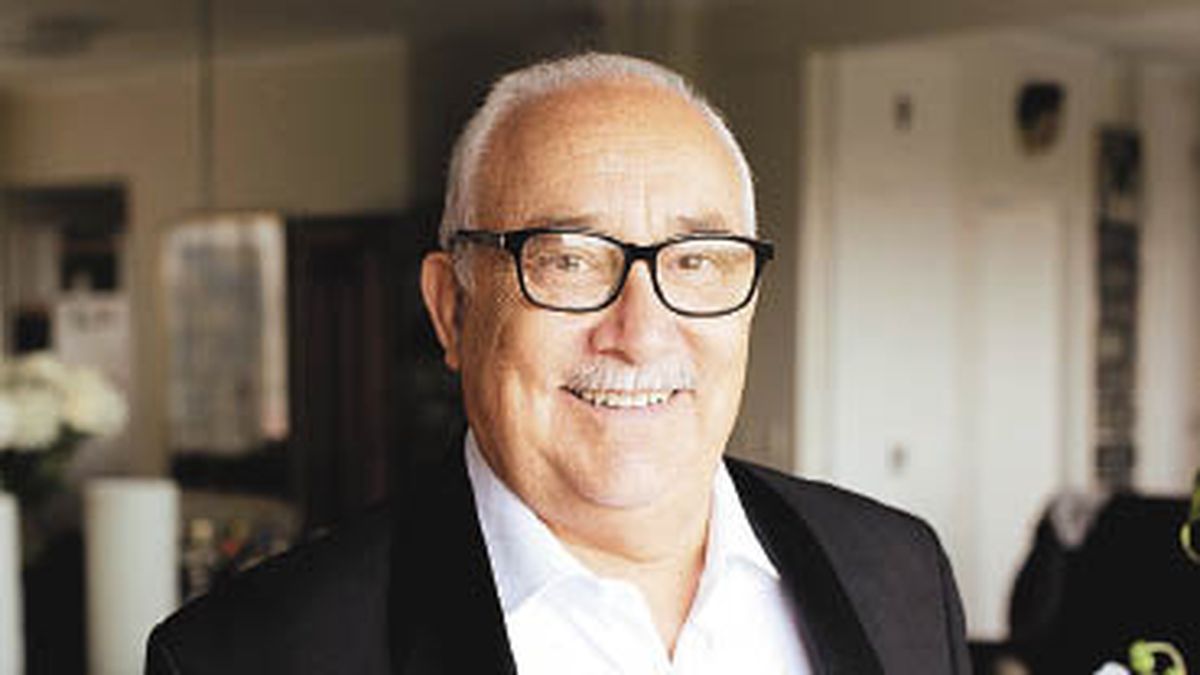 Journalist: The production is also what you and Oswald did in the early 90s.

Hannibal Pencil: That’s how it is. That was the original version, but with modifications. Beyond the fundamental markings, I leave the artist to express himself. They ask me, for example, “what happens if I do such a thing…”, so I say “show me”, and if I like it, I leave it. I can’t stand the whim of the régisseurs who suffocate the singer, who demand that such a thing be in such a way and not in another. The essay is a creative act, and reciprocal. As long as those changes respect the idea, the concept of an opera. I, as a spectator, perceive this immediately: I realize when a singer acts freely, and when they are robots. And I don’t want robots on stage, I want human beings, and especially in an opera like “Tosca”, so realistic, so perfect.

Q.: Have you had to work with complicated artists?

TO THE: In 50 years of career I had everything. There are so many stories, but I think that the really great ones are the humblest. You never have a problem with them. I never had any problems with Plácido Domingo, or with Birgit Nilsson, or with Hildegard Behrens or Leonie Rysanek…

Q.: The last two were the protagonists of that memorable version of “Elektra”, by Richard Strauss, which they did with Oswald in 1995.

TO THE: Exact. It was a pleasure working with them. Oswald was worried because that staging was very audacious, it was set in a shrink, all the characters in the tragedy were inmates of that hospice, and so he feared that they, great divas who had done the traditional “Elektra” so many times, would reject the idea of ​​the setting I remember that we met right here, in this dressing room, Roberto explained to them what it was about and, when she finished, Rysanek clapped her hands and said, “Well, let’s get to work!” She, so refined, put on her rehearsal clothes, and one was prettier than the other. There were also the contrary cases, but anyway, better to forget them. There are always names selling tickets. Snobbery, unfortunately, sometimes goes hand in hand with opera. There are people who perhaps have little or no interest in opera, but who say that I can’t stop seeing so-and-so. I remember the recital that José Carreras gave, before he was famous, with Agnes Baltsa, who practically had to give away all the tickets. Of course, that was before his fame. The producer who brought it did very badly financially.

Q.: Carreras debuted in 1973, a troubled season, and went unnoticed in a “Traviata”. There was a lot of booing in those days.

TO THE: Now almost everything is accepted. The shouts of “bravo” are given away quite a bit…

Q.: Is the public less demanding?

TO THE: Anyway… Better for the artists, isn’t it? But they get confused. They confuse us all, really.

Q.: The ovations disavow the criticism made by a director.

TO THE: Exactly. Perhaps we are before more condescending audiences. When I started that did not happen. I remember a “Cenerentola” that we did at the beginning, with Oswald, in which it had occurred to me that all the costumes were covered with white oilcloth, so that the whole ensemble would look like Meissen porcelain. I think it turned out very well, but the public did not believe the same. I remember a subscriber who passed by me and she commented indignantly: “The only thing that was missing, plastic in the Colón!”. What would she say now, with the things that have to do with it? But hey, that’s part of our job. The booing today is received more by the stalls than by the singers. There are things that are really ugly, beyond the fact that they are taken out of context, which is the most common. But there are others that are very interesting when there is a guiding idea.

Q.: “Tosca” was taken out of context a lot, and almost always with the same setting.

TO THE: Yes, set in the time of the Nazis.

Q: How many Scarpias had to wear swastikas on their arms!

TO THE: An absolute no-brainer. At one time everything was done like this, they were all Nazis, they all wore long uniforms. I also wore a black leather cappotto on a “Ghost Ship”. A long time ago, of course. For me the most important thing is to serve the opera, not betray it. How do you take “Tosca” out of context if in the second act you talk about Napoleon, General Melas…? If I set it, let’s say, on a beach today, what sense would all the Napoleonic mentions have? A setting can be daring but not absurd. Must demonstrate knowledge.

Q.: Puccini was also a precursor. You had to be very audacious, 120 years ago, to show torture on stage, attempted rape…

TO THE: Well, in this version I show it.

AL: The second act is an act that borders on explicit sex. I want to see a lot of passion between Tosca and Mario, a lot of fire…

Q.: And then Tosca’s sexual disgust towards Scarpia.

TO THE: That’s how it is. And I’m going to advance some of the changes I made in this setting. Scarpia wants to abuse her, he wants to hug her, buy, we already know that… But here, when she kills him, when he sings “Now I forgive you”, it is she who gets on, who mounts her corpse. Am I clear?

Q.: Very clear. Now it is Tosca who owns it, to put it elegantly. She is in tune with the times.

Q.: And Scarpia, a kind of Harvey Weinstein.

TO THE: As is, that guy could be the Scarpia of today, right? A sadist, a pervert who enjoys the power of seeing him suffer.

Q.: But Scarpia is sustained by very beautiful music.

TO THE: Opera is beauty. What do people come to the opera for if not to see beauty? Callas was already telling Pasolini: “What revolution do you want to make, Pier Paolo? This is opera, and deep down it is a bourgeois spectacle”. Of course, today things have changed, but you have to know very well where you are going. Because, if not, the public ends up turning its back. At the New York Metropolitan, always so attentive to the avant-garde, there was a season in which they needed to sell a lot of tickets, and they did it all with Zeffirelli’s classic performances. A theater has to have a bit of everything: the very modern, the not so modern, the classic. The public must be given options. This is what happens with museums: I want to see the Virgin of the Rocks, by Leonardo, but also contemporary art. The show has to serve, the audience has to leave the theater having seen something beautiful that really leaves them satisfied.