Pink: With husband and children on the red carpet 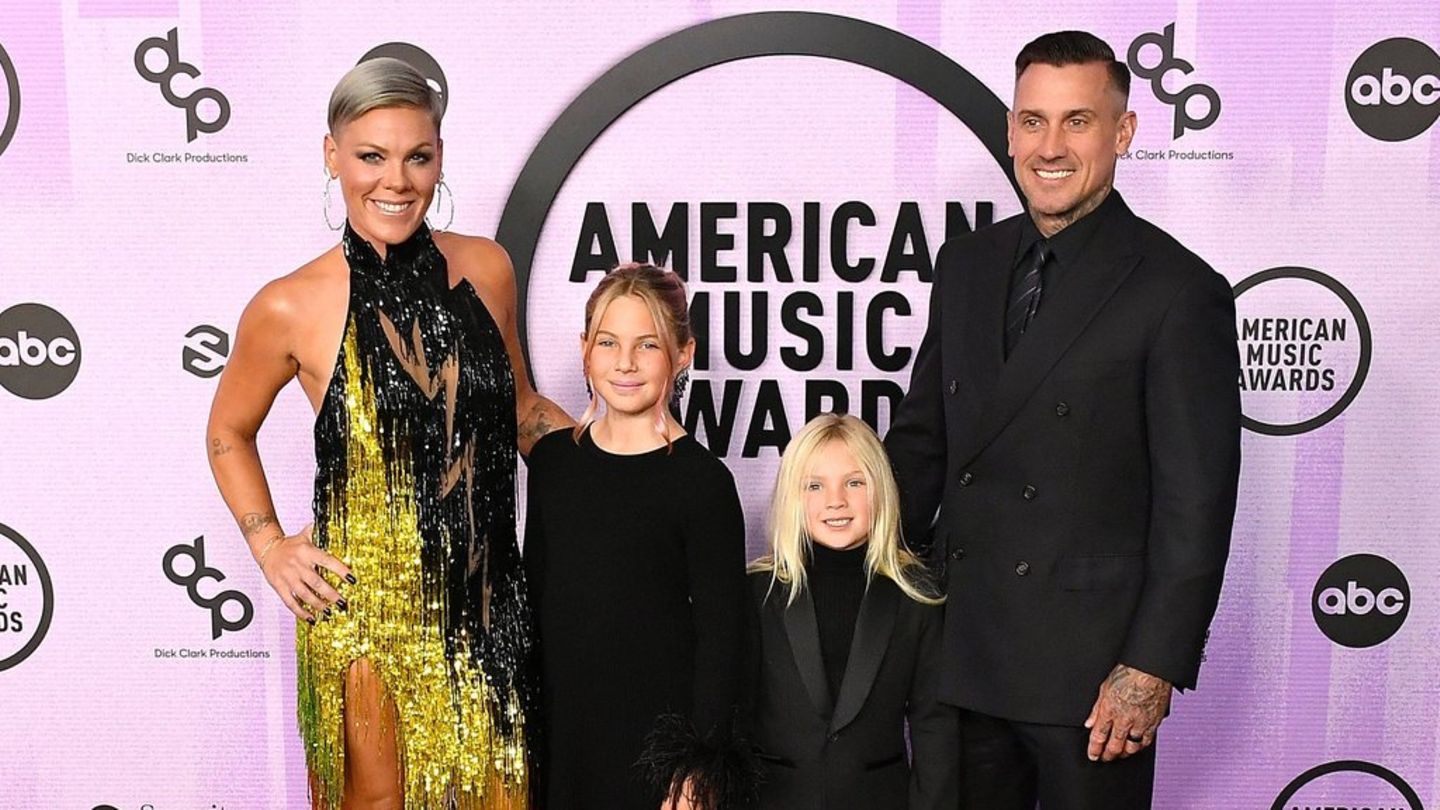 With her husband and two children on the red carpet: pink inspires at the American Music Awards.

Pink (43) brought her whole family to Los Angeles. Dressed in black and gold, the singer posed on the red carpet with her husband Carey Hart, 47, ahead of Sunday’s show. Between the two stood their children, daughter Willow (11) and son Jameson (5).

“They don’t even know where they are right now,” Pink joked about her kids on the red carpet, according to media reports. At least Willow is happy to see the band Imagine Dragons on stage next to her mom. In any case, Willow is not inexperienced in show business. She sang the hit “Cover Me in Sunshine” with her mother in 2021.

Pink opened the AMA Gala with a live performance of her new song “Never Gonna Not Dance Again” – on roller skates. With her dancers, the singer transformed the stage of the Microsoft Center in Los Angeles into a roller skate disco.

Later, Pink came on stage again. In honor of the late Olivia Newton-John, she sang her song “Hopelessly Devoted To You” from the hit musical Grease. Olivia Newton-John died of breast cancer on August 8 of this year. She was 73 years old.