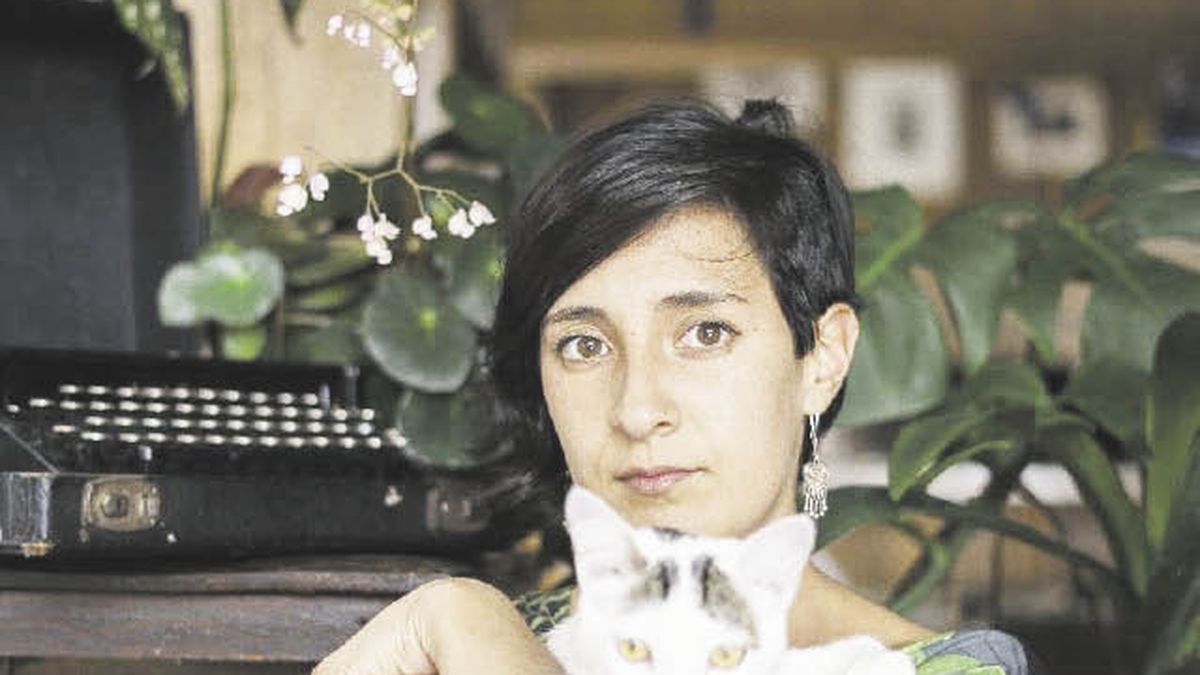 Natalia Garcia Freire: There is a horror that inevitably occurs when two worlds collide. In our case, it occurs between the ancestral, mythological, of this area where the mountains are sacred territories, and that of the Catholic religion. A very strong violence arises. There is no understanding between those two sacred worlds, one wants to destroy the other. I sought to understand my miscegenation. My sacred dimension does not belong anywhere. I do not hold indigenous beliefs, although they are present in my life in many ways. Nor am I attached to Catholicism, despite the fact that I was educated in a convent school, in imposition and obedience. I tried to explore the forms of an imaginary that is constantly in conflict due to beliefs, as happens in places in Latin America with a colonial and indigenous history that is still very present.

Q.: Does your Andean novel become a detective story because of the testimonies of the curse that is making the town disappear?

NGF: I am a fan of the police, which turns the reader into a detective who goes after the enigma. My novel “You brought the wind with you” has as its reference “The Children’s Crusade” by Marcel Schwob, a novel that is a set of testimonies and at the end there is a gap for one to put together the story. “The Gates of Paradise” by Jerzy Andrzejewski, has a similar structure. I like those novels because in them there is a little hole for the reader. In my novels I was interested in leaving that gap, an empty chair where the other is and completes the meaning. In “Twin Peaks” David Lynch parodies a police series and one is left with the gap of what is not resolved. It is a gift because it fills the reader with ideas, emotions, horror. I’m interested in the reader feeling things that we feel little because today almost everything is intended merely to entertain. It attracts me that the reader is left with a feeling of fear, haunting the enigma.

Q.: What do your two novels have in common?

NGF: Horror is born from my concern for madness. “Our dead skin” is a love letter to my grandparents’ house, which was both heaven and hell at the same time. It was like writing to my dead. When we were girls with my sisters we wrote letters to our dead, we took them to the cemetery and we set fire to them so that they would reach them. It was a ritual. Writing seeks the same thing, to reach another who is in another space, in another place, in another time. There is something personal in both of them, the nightmare, a family disorder that we treat with humor. “Nuestra piel muerta” has an obvious influence from Rulfo, and “Trajiste contigo el viento” from “Eisejuaz” by Sara Gallardo, which is an explosion of language….

NGF: (laughs): Sorry, sorry. We have the curse of being between Peru and Colombia, between Vargas Llosa and García Márquez. That perhaps gave us a cultural feeling of inferiority. Well, the great Ecuadorian writer “Marcelo Chiriboga” participated in the “boom” for us, invented by the Chilean José Donoso with the complicity of the Mexican Carlos Fuentes. Chiriboga is the perfect metaphor for what we would have liked to have, someone internationally recognized who would be together with the other greats in the region.

Q.: Did women give an international boost to Ecuadorian literature?

NGF: It was something underground that was brewing for many years and has now had resonance, especially through authors such as Mónica Ojeda or María Fernanda Ampuero. Both they and I went out to study abroad and we also started publishing abroad. And there that ugly thing that external recognition is necessary for them to finally recognize you inside becomes noticeable. Today in Ecuador there are very good authors who are not given real importance. Luckily, independent publishers have appeared that are helping to discover talent. Ecuadorian authors have done hard work that is now paying off. Internal and external relationships were established. Today we are more connected, the networks collaborate.

Q.: Does it help that they don’t say they do magical realism?

NGF: It’s that we don’t. Well, now they say that the novels by Mónica Ojeda, María Fernanda Ampuero and mine are “representatives of the Andean Gothic genre.” That definition has become fashionable and not much can be done anymore. The best thing would be for that label to integrate us in a different way from the current narrative. I do Andean Gothic and Mariana Enríquez Buenos Aires Gothic? I hope that this qualifier does not mark us with a certain strangeness, because I fear folklorism, exoticism, because that is deceptive and it seems easy to export from the countries of the mountain range.

Q.: What are you writing now?

NGF: Stories, and starting a novel based on characters from technocumbia, like Sharon La Hechicera, a little related to your Gilda. A subject that does not distance me from my interest in the tragic, the familiar, the fantastic.