Jessica Chastain: With a bright green dress on the red carpet 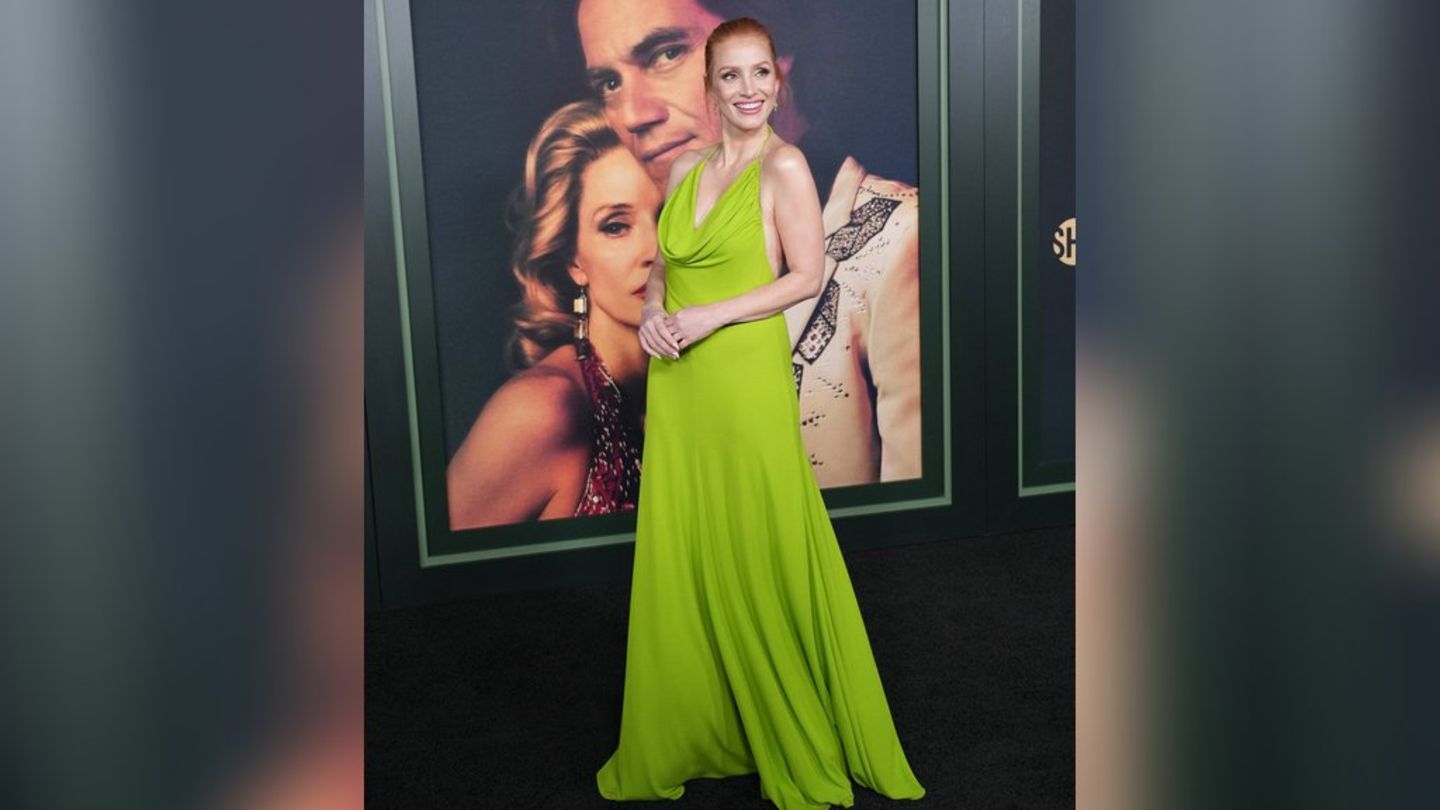 With her green dress, actress Jessica Chastain was the eye-catcher on the red carpet of the “George & Tammy” premiere in Los Angeles.

Oscar winner Jessica Chastain (45) stunned in a striking, tailored dress from the Michael Kors Spring 2023 collection on the red carpet at the premiere of the six-part miniseries “George & Tammy” on Monday night in Los Angeles, California.

The ‘Eyes Of Tammy Faye’ actress made a fashion statement by wearing a backless, bodycon, floor length and bright green dress with a draped neckline. The dress made of a soft, flowing fabric was only held up by thin straps tied at the nape of the neck.

Her long, red hair was pulled back in a low ponytail. For makeup, she accentuated her eyes with eyeliner, mascara, and shimmery eyeshadow and pink blush. The lipstick was kept in a delicate apricot tone. She also kept a low profile when it came to accessories, only wearing a pair of gold Gucci drop earrings at the event.

The Showtime series, originally slated to become a film, follows the career and relationship of country music icons Tammy Wynette (1942-1998), played by Chastain, and George Jones (1931-2013), played by Michael Shannon (48). The singer, also known as the “First Lady of Country Music”, created hits like “Stand By Your Man”.