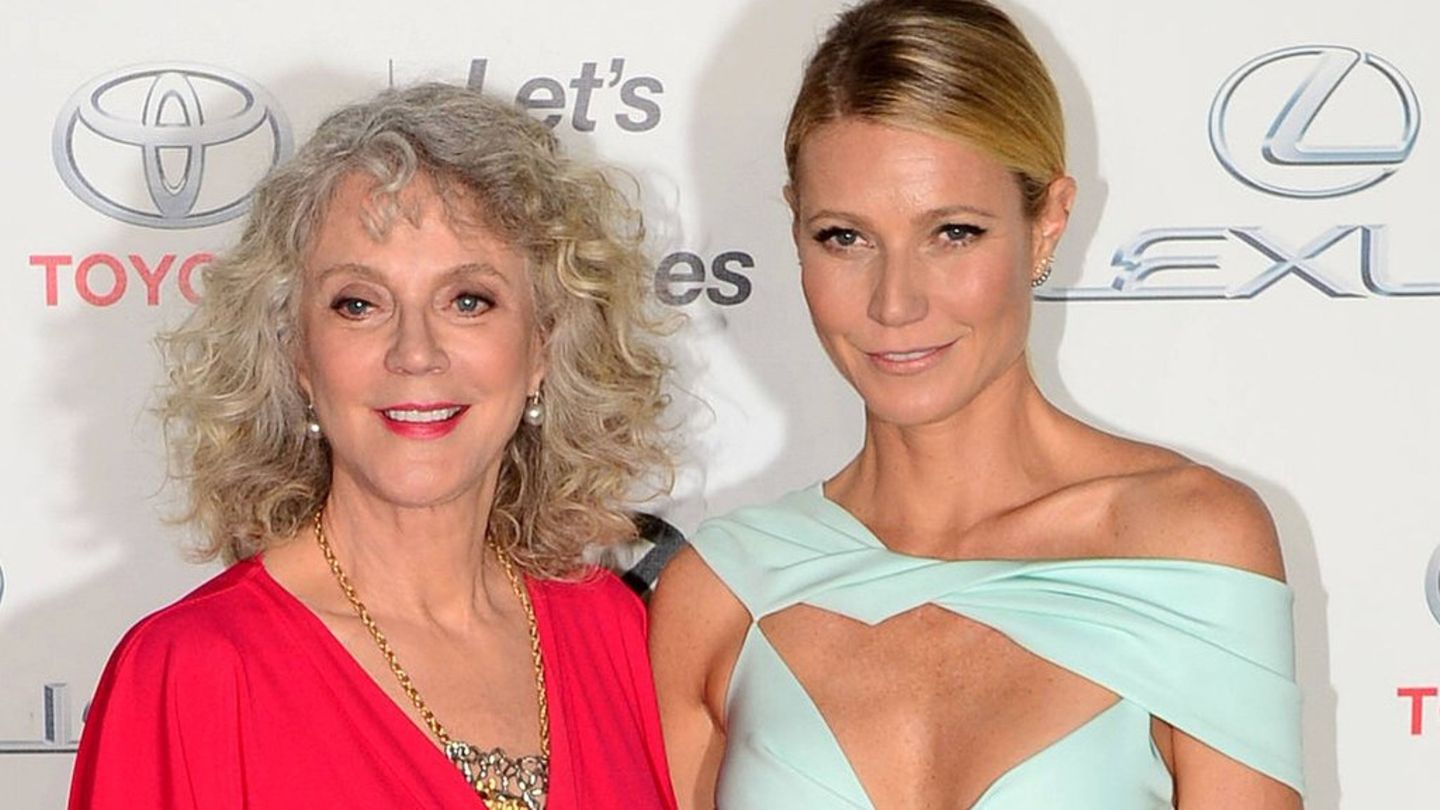 Blythe Danner has opened up about her cancer for the first time. Gwyneth Paltrow’s mother suffered from the same type of cancer as her husband.

Blythe Danner (79) spoke for the first time about her cancer. The actress and mother of Gwyneth Paltrow (50) revealed that she was diagnosed with oral cancer in 2018.

Same type of cancer as her late husband

“I suddenly felt very lightheaded and forgot everything,” she recalled. “And then I felt a knot in the back of my neck, right next to where Bruce found his.” Danner’s husband, Bruce Paltrow, had also suffered from a rare form of oral cavity cancer. In 2002, the film producer died of the disease. “Are you lonely up there?” Danner wondered after the diagnosis.

At first she didn’t tell her children, Gwyneth and Jake Paltrow (47). “I wanted to continue as a mother, and I didn’t want them to worry,” explained Blythe Danner. “Of course I was very shocked,” her famous daughter recalled in an interview with “People”. “It was scary. And it felt really scary because it was so similar to my dad,” Paltrow said.

Blythe Danner is better today. She has undergone chemotherapy, radiation and alternative therapies. In 2020 she underwent the third operation. The tumor tissue was removed. “It’s an insidious disease,” said the actress, who supports the Oral Cancer Foundation. “But now I’m fine and fine. And I’m glad I’m still alive.”