Daniel Craig and more: Star line-up at the James Bond event in London 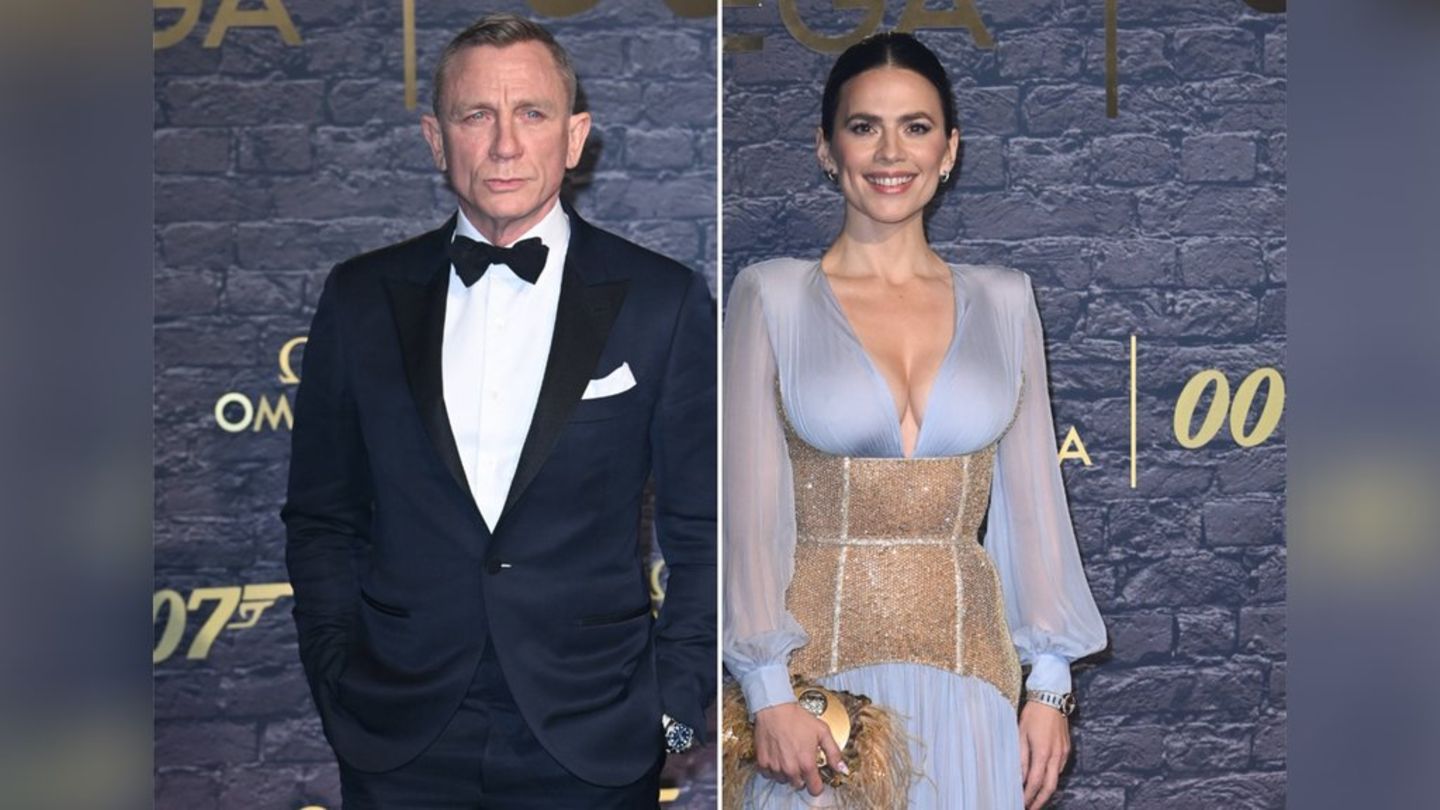 Numerous stars gathered in London on Wednesday to celebrate a new 007 collection. Daniel Craig was also there.

Stars and glamor as far as the eye can see: On Wednesday evening, numerous celebrities gathered in London for the launch of a new 007 watch collection by the luxury label Omega, which was designed to mark the 60th anniversary of the James Bond films. The last 007 to date was also there in person: Daniel Craig (54).

The British actor appeared on the red carpet in an appropriately classy black tuxedo and bow tie. He wore a white shirt underneath. Later, Craig also gave a short speech on stage.

Another eye-catcher of the evening was actress Hayley Atwell (40). She mastered the flashbulbs in a baby-blue chiffon dress by Sabina Bilenko, which particularly captivated with its golden corset and deep décolleté. Atwell’s feather-embellished golden clutch was also an absolute highlight.

These celebrities were also in London

The 60th anniversary of the James Bond films was celebrated this year with a variety of activities. Some props, including Bond’s Aston Martin, were auctioned off. In addition, the successful films were all temporarily available on Prime Video.