Lilly Krug: She was already on the set as a child 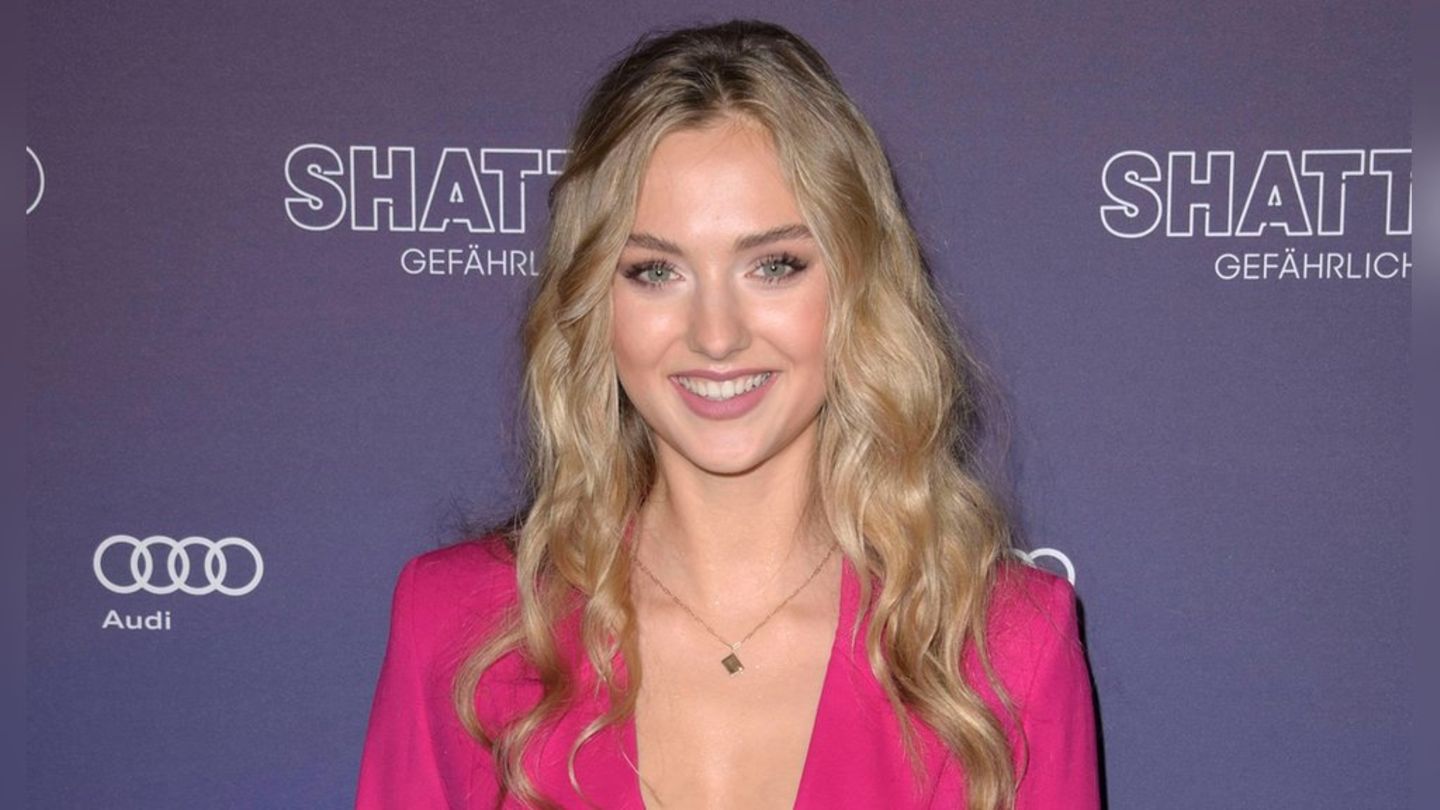 Lilly Krug grew up on the film set. Now the young actress took on her first leading role in “Shattered – Dangerous Affair”.

The first film starring Lilly Krug (21) will be released in German cinemas on November 24th. The young actress took a break from studying psychology in Los Angeles for “Shattered”. Her mother, film star Veronica Ferres (57), must have given her blessing for the break from university, because she is one of the producers of the thriller.

In an interview with the news agency spot on news, the actress reveals what it was like to work with her mother on the set and tells how she copes with her everyday life between studying and acting.

How did you prepare for your role as Sky in Shattered?

Lilly Krug: It’s always exciting when you get to play a character that’s so far removed from you. It takes time to develop such a character with all its facets. I did four weeks of stunt training to prepare myself physically. Sky is very good with guns and knows exactly what she’s doing.

When it comes to mental preparation, on the other hand, you have to delve deeply into this character, into the psyche. Why is she the way she is? What happened in her family that she learned how to deal with love and with power? What has to happen for a person to get there? It was very interesting to research the psychology behind it. Walking the tightrope between the physical and the mental is what fascinated me about the role.

Did your psychology degree help you settle into the role?

Krug: Yes, definitely. It helps in every area and in life, in every interaction, in every film. You get an idea of ​​why a person is the way they are. What are the things that shape a person and move a lot personally?

A starring role in a movie isn’t exactly a college job. How do you reconcile the two?

Krug: I love my studies and acting. I did a guest semester for the film “Shattered”. That was the only way I could really focus on my work. If you have an important project, you have to do it. If I don’t have a leading role, I study on the side.

Many artists drop out of school to focus on their careers. Why are you continuing to study?

Krug: I love people and have a deep interest in them. This love can also be found in psychology, for example when I really want to understand a person. If I develop a character, a character or a story for a film, it’s the same. That’s why it makes sense to continue my studies, it helps me a lot.

You are often surrounded by celebrities through your family. What’s keeping you down?

Krug: I’m totally thankful for the life I have and all the experiences I was allowed to have so early. I was already on the set as a child and grew up with museums and theatres. I was in art kindergarten and I made some horrible paintings there (laughs), but children are just careless, they don’t care if the colors or compositions go together. It’s the same with actors and actresses. You’re the best version of yourself when you don’t care what you look like, when you don’t care if the camera is rolling and just live the scene in the moment.

You are still at the beginning of your career. Who is your biggest role model?

Pitcher: I have so many. My role models are above all people who go through life with a lot of patience, love and gratitude. There are so many painful things happening in the world right now. And I tend to look up to empathetic, kind people.

You have known your co-star in the film, John Malkovich (68), for many years. What was it like working with him?

Krug: Totally nice because the familiarity was there. He read the script with me and we prepared for the role together. He is very inspirational and a master at acting. He brings something unique to each and every character. It’s essential in the film because it brings in the lightness and humor. It was great working with him.

You share your mother’s passion for acting. Do you like to ask Veronica Ferres for advice if you are unsure about your career?

Krug: In this film she was one of the producers. On site we didn’t really have time to talk about anything. I am very grateful that mom lets me fly and make decisions for myself. I really feel like she trusts me. It was nice to see how proud she was of me and everything we did together.

Celebrity daughters like Leni Klum, Nele Ludowig or you are often accused of not being responsible for their own success. What do you think?

Krug: There’s a saying: ‘Your parents can open doors, but you have to go through them yourself’. Of course I’ve known people like John (Malkovich) since I was little. However, acting is such a complex and competitive industry that no one person can make casting decisions alone. A lot of people have to believe in you to get a role.

Which of your projects can your fans look forward to next?

Krug: The movie “Plane” with Gerald Butler [53] coming out early next year. I shot the film in Puerto Rico for three months.