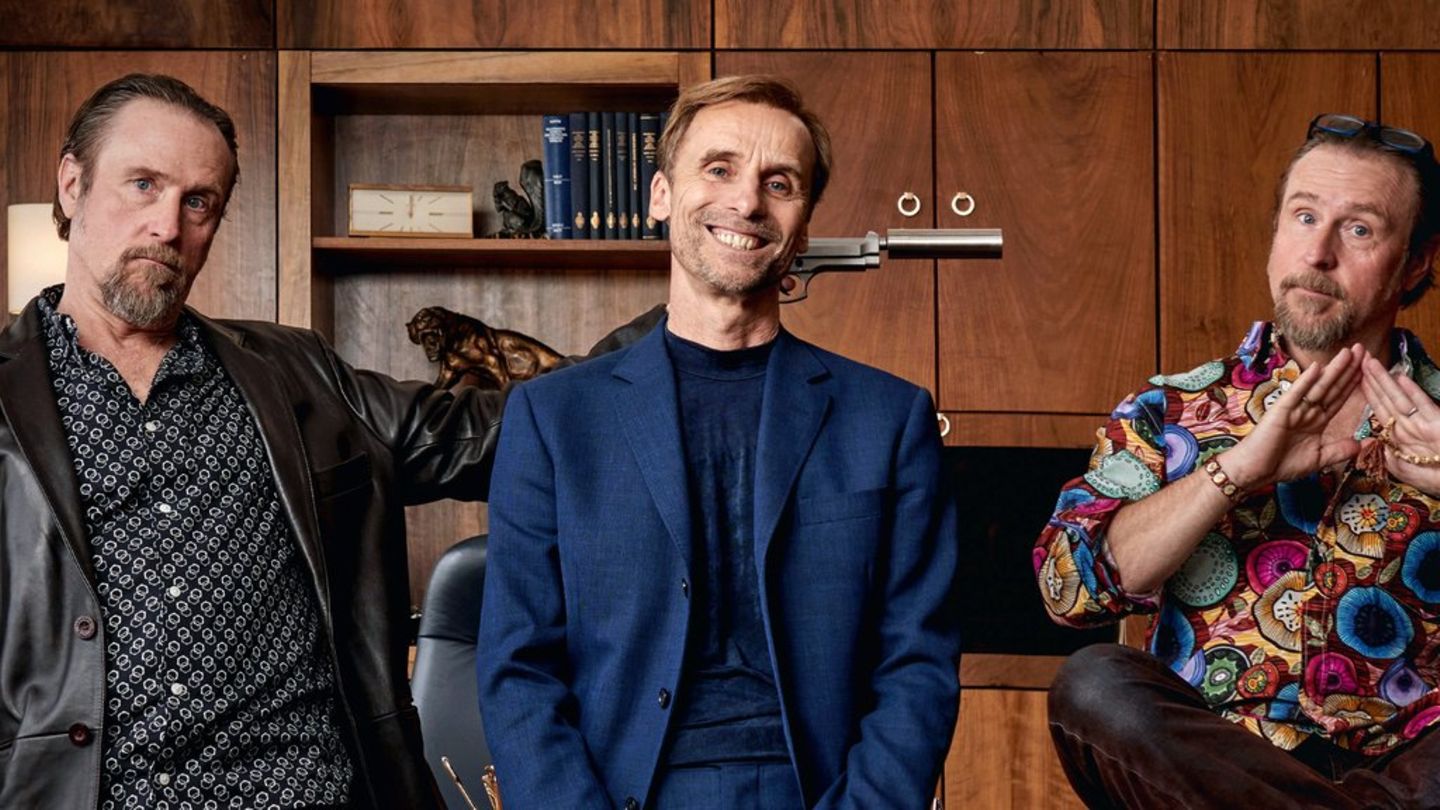 The second season of the improv series “Kranitz” starts. In an interview, Jan Georg Schütte enthuses about his own therapy experiences.

Jan Georg Schütte (59) is considered THE improv specialist on German television. After the great success of his satirical improv series “Kranitz – in the case of separation money back” (2021), which was nominated for a Grimme Prize, the second season is now starting.

The four new episodes can be seen in the ARD media library starting today (November 25) and will be broadcast on NDR television from next week (November 30, Wednesdays, from 10:30/10:45 p.m.). Again there are Schütte himself as a self-made therapist – actually a real estate agent – Klaus Kranitz and Bjarne Mädel (54) as his criminal buddy Manni. This time, theater star Peter Simonischek (76) shines in episode leading roles as Kranitz’ father as well as Elisa Schlott (28), Laura Tonke (48), Alice Dwyer (34), Edin Hasanovic (30), Aleksandar Jovanovic (51) and Yannik Heckmann ( 27) as “Boy with congestion”.

In the interview, the actor – most recently seen in “Tatort: ​​A Friend, a Good Friend” and “Tatort: ​​Murot and the Law of Karma” -, screenwriter and director Jan Georg Schütte talks about his own therapy experiences, among other things. He also explains why he always relies on the same actors for his different improv formats and he reveals how he is doing with the approaching milestone birthday.

Where and how do you find your ideas and how much of what you have experienced is there in the stories?

Jan Georg Schütte: Oh, I find ideas everywhere, on the street, among friends, on other TV shows, podcasts and above all together with my co-author Sebastian Schultz. All ideas are fed indirectly from personal experience. But for “Kranitz” I’ll up the ante.

What do you personally think of couples therapists?

Schütte: I think therapy is a great thing. It’s still something “for the crazy” in Germany, but it’s just a fantastic help if you let someone from the outside look at your life. Professional at that.

Have you dealt with this before? Have you seen any stereotypes confirmed?

Schütte: I really didn’t have any clichés in mind because I always thought therapy was a great idea. But you have to be very careful who you do it with. There are a lot of different candidates out there. For me personally, my first therapy experience was the absolute kick – also for my job. Knots have come undone, some scales have fallen from my eyes. I can only recommend to everyone.

Would you like to develop a dating app? What would be important?

Schutte: Yes, I would like to. Good idea! It would be important for it to be programmed in such a way that the right people really do come together. Not just the chicest, the apparently hippest and the saddest among themselves, but the opposites who don’t seem to match. It’s the differences that matter.

What is the magic of improvising for you and what distinguishes a good improv artist?

Schütte: For me, the nice thing about improvising is the surprises. In this respect, a good improv artist is characterized by curiosity, openness, cheekiness and the courage to go wrong.

Can you practice improvising?

Schütte: You can – but basically every child can do it. Watch them play. Brimming with improv. We adults only forget it as we get older.

Are you actually attacked by screenwriters because improv pushes the profession a bit to the sidelines? And in return, are you adored by the cameramen because so many cameras are needed for improv films and series like “The Funeral”?

Schütte: Rather the other way around. The camera people sometimes get frustrated with me because they have to wait for hours for someone to come by and then they just have to point and can’t take a “nice picture”. And the authors: Oh, I think they love to see my films because it’s so refreshingly different. I’m not saying that there is no need for authors. The two species can coexist wonderfully.

You wrote the improv “Tatort: ​​The Team”. Afterwards you said that crime and improv don’t go well together. Why not? And what works particularly well instead?

Schütte: Well, the improvised investigative work wasn’t easy, because in Germany most “Tatort” inspectors are rather boring superhumans to me. Many did not like the evaporation to the normal. Comedy works better there. The faulty, the failure is necessary. Failure is easier to improvise than superheroes.

The Ludwigshafen team also made two improv “crime scenes”. They didn’t go down well at all. Did you follow the discussion? As a specialist, what do you think of the two films “Babbeldasch” (2016) and “Waldlust” (2017)?

Schütte: I’m a great admirer of my colleague Axel Ranisch [39, Regisseur der beiden Impro-“Tatorte”, Red.]. So biased. And I might have found the two things to be off-topic in terms of genre, but I still prefer to look at such a cheerfully off-topic topic than many a crime thriller along the lines of “Where were you Wednesday evening?”.

You work with some actors again and again. How long have you known Charly Hübner, Anna Schudt and Bjarne Mädel? And why do you often rely on the same artists?

Schütte: Oh, I’ve known Charly ever since I heard him call the police more than ten years ago. [Episode “…und raus bist du!”, 2011] was arrested. I didn’t see Anna until “class reunion” [2019] met and fell in love and Bjarne – well, twice “The Crime Scene Cleaner” [2016, 2018]. That welds together. I could tell from the tip of their noses that they could improv. Open and above all damn unpretentious colleagues. Wonderful. I like to rely on them again and again because my work has a lot to do with trust. I have that to those mentioned full Lotte.

You said you would also like to bring Nora Tschirner on board with the improv team. Did you get her around by now?

You celebrate a milestone birthday in December. What role does the number play for you and what do you have planned for the day?

Schutte: It’s terrible. I invited a small circle of friends to comfort me on this difficult day.

And how is it to have a birthday on St. Nicholas? Which experience is unforgettable for you in this context?

Schütte: My sisters found the presents in the boot more interesting than their new little brother. traumatic. That’s probably why I became an actor. So that someone can see me.