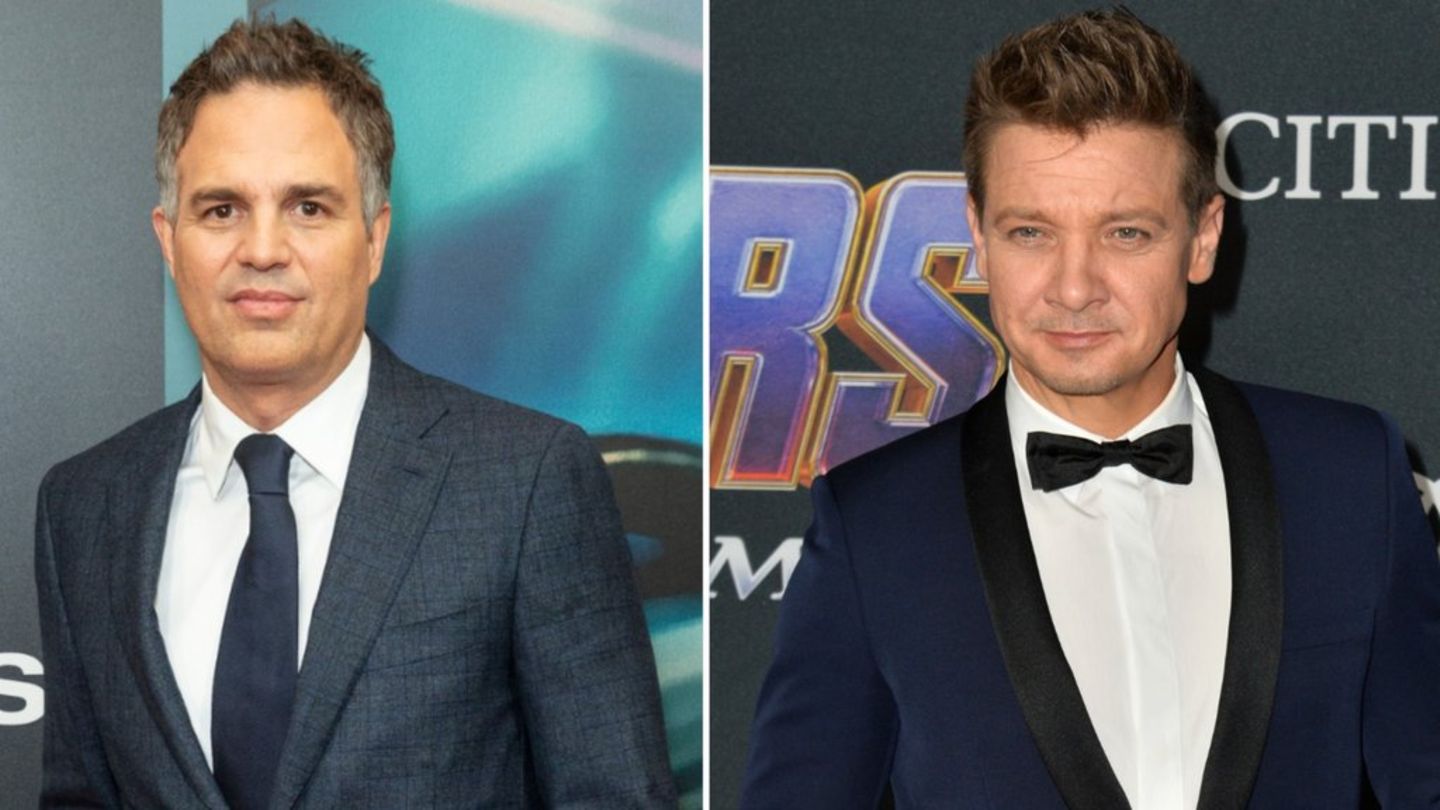 Hollywood star Mark Ruffalo (55) has called on his fan base to pray for his “Avengers” colleague Jeremy Renner (51) who had an accident. “Pray for our brother, Jeremy Renner, for a full and speedy recovery,” Ruffalo wrote on Tuesday. The two had appeared together in all three “Avengers” films. It starred Renner as Hawkeye and Ruffalo as Bruce Banner, who could transform into the Hulk.

“Guardians of the Galaxy” director James Gunn (56) also spoke up. “My heart is with Jeremy Renner”, .

Renner’s condition is critical but stable

Renner underwent surgery on Monday after suffering injuries in a snow plow accident on his property in Reno, Nevada on New Year’s Day and being flown to a hospital. In a statement shared with People magazine, Renner’s rep said: “We can confirm that Jeremy suffered blunt chest trauma and orthopedic injuries and underwent surgery today, January 2, 2023. He has returned from surgery and remains in critical but stable condition in intensive care.”

Renner is not only known for his Marvel appearances. He has been nominated twice for an Oscar for his roles in The Hurt Locker (2008) and The Town (2010). Renner is also the star of the Paramount+ series “Mayor of Kingstown”. He was also seen in the “Mission Impossible” franchise. He last appeared as an unerring archer in the Disney+ Marvel series Hawkeye in 2021.