It is the seventh studio album by the British singer-songwriter. Elton John. The album has sold more than thirty million copies worldwide and is considered the musician’s most important work. Among the seventeen songs it contains, stand out “Candle in the Wind”, “Goodbye Yellow Brick Road”, “Saturday Night’s Alright for Fighting” and the number one single in the United States “Bennie and the Jets”.

In 2020 it was located at number 112 on the list of the 500 best albums of all time according to the magazine. rolling stonesand in 2009 it ranked fifty-ninth on the list of the 100 best albums, prepared by the British chain Channel 4. In 2003 the album was presented at the Grammy Awards Hall of Fameand two years later it appeared in the book 1001 records to listen to before dying of Universe Publishing. It is the fifth studio album, and the first on a major label, by the Jamaican reggae band Bob Marley & The Wailers. The album launched the band to global stardom, and their frontman, Bob Marley, became a famous music figure all over the world. The socially conscious lyrics and militant tone surprised many listeners, but others were drawn to the confrontational themes of songwriters Marley and Peter Toshand the optimistic vision of a future free of oppression.

The disc contains emblematic songs such as “Concrete Jungle”, “400 Years”, “Stir It Up” Y “No More Trouble”. The album peaked at #171 and #51 on the Billboard and Black Albums charts, respectively. It is ranked at number 126 of the magazine’s 500 Greatest Albums of All Time. rolling stonesthe second highest ranking of the four albums he has Bob Marley on this list.

The Dark Side Of The Moon – Pink Floyd

the dark side of the moon

It is one of the most recognized concept albums in the history of music. The eighth album of Pink Floyd it is built from the ideas that the band had explored in their concerts and previous recordings. The album’s themes include conflict, greed, aging, the meaning of life, fear of death and mental illness, the latter inspired, in part, by the former band member’s mental decline. syd barrett. Contains classics from the band such as “Breathe”, “The Great Gig in the Sky”, money, time Y “Us and Them”.

It was a massive commercial success, it reached the top of the list Billboard 200 for one week, and stayed on the charts for 937 weeks (over 19 years), making it the longest charting album in music history. With an estimate of sales of more than 50 million copies worldwide, thus being the third best-selling album in music history, only behind “Thriller” of michael jackson Y “Back in Black” of AC DC is one of the best-selling albums in the world and the most successful of Pink Floyd.

Houses Of The Holy – Led Zeppelin It is the fifth album of led zeppelin and the first one that breaks with the tradition of previous albums by having a non-homonymous title. It also represents the album that marked a stylistic opening towards rhythms like reggae and funk. Of its 8 songs, practically all of them became emblems of the band, among them “The Song Remains the Same”, “The Rain Song”, “D’yer Mak’er” Y “No Quarter”.

Commercially the album was a success, reaching number 1 in the US, Canada, UK and Australia and the top 10 in Japan and several European countries. It occupies position 51 in the list of “200 Greatest Albums in Rock and Roll Hall of Fame History” and number 278 of the 500 Greatest Albums of All Time by rolling stones of 2020. 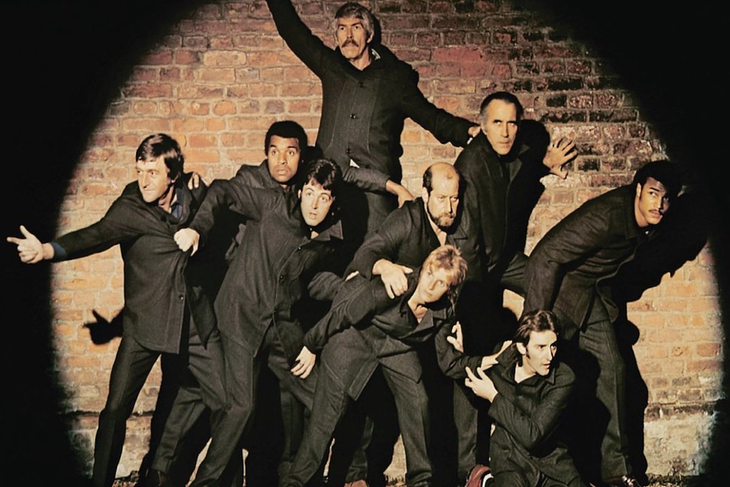 It is the fifth disc of Paul MCCARTNEY after the separation of the Beatles and the third with wings. It became one of the most successful of this stage for McCartney and the one that revitalized his career. Contains hit songs like “Band on the Run”, “Jet”, “Let Me Roll It”, Helen Wheels Y “Nineteen Hundred and Eighty Five”.

It was published in December 173, it reached the first position in the list Billboard 200 three times and was certified triple platinum by the RIAA. In the UK it spent seven weeks at the top of the charts, becoming the best-selling album of 1974. In 2000, the Q magazine placed at “Band on the Run” at number 75 on the list of the 100 Greatest British Albums of All Time. In 2003, the magazine rolling stones ranked the album at number 418 on the list of the 500 Greatest Albums of All Time