Prince Harry’s statements about Camilla are not shocking 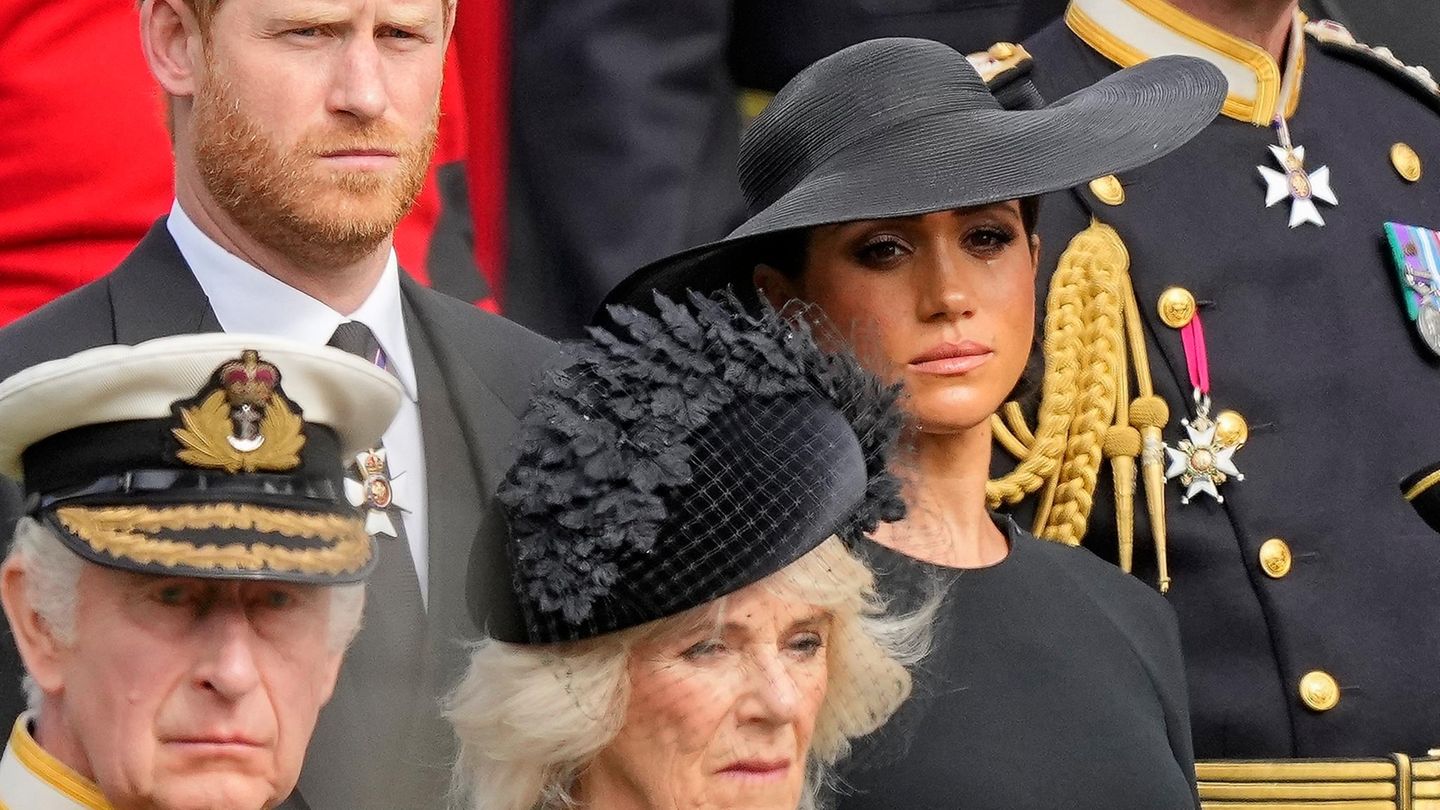 Prince Harry is targeting stepmother Camilla and what he has to say about her doesn’t sound good at all. He names the queen “dangerous” – the culmination of a difficult relationship.

“Camilla sacrificed me on her personal PR altar.” That’s in Prince Harry’s autobiography, which will be published on Tuesday. In “Save” (in Germany: “reserve”), the 38-year-old deals with the royal family and the methods of the royal family. It gets really personal when he addresses his stepmother and now Queen Camilla. His father’s wife gave information about him and William to the press in order to look better, he says. A sobering accusation that reveals that the smile on joint appearances may not have been real after all.

“There were three of us in the marriage. It was a bit crowded”Princess Diana said in her famous interview for the BBC show in 1996 “panorama”. Four years earlier, the world public had learned that the then Princess of Wales had a rival for her husband’s love: Camilla Parker-Bowles. The daughter of a military officer, she was involved with Charles in the 1970s before marrying and having two children. In 1981, the then heir to the throne married the very young Lady Diana Spencer and also had two children with her. But the contact between the ex-couple never broke off. Diana later recounted in the book “Diana-Her True Story”that she knew about Charles and Camilla’s relationship before the wedding. In the course of the marriage there should often have been outbursts of anger, tears and jealousy. Once she even confronted her lover and asked her to leave her husband alone. Vain.

Of course, Prince William and Prince Harry noticed their parents’ quarrels and knew about their father’s affair at the latest through Diana’s interview. And then, of all people, this woman was to become a stepmother and future queen. At that point they said no, writes Harry in his book. “We didn’t think it was necessary. We thought it did more harm than good. If he were with his person now, that would be safe enough. Why go so far when you don’t absolutely have to”he explains in an interview with the CBS show “60 minutes”. But: “We wanted him to be happy and we saw how happy he was with her. So it was back then, ‘Ok’.”

But that’s not all, the Duke of Sussex says today that the okay started a process that “left bodies on the road”. Because Camilla’s goal was to repair her reputation – and she did “dangerous” did. For this she had entered into connections with the British press. “There was an open will on both sides to exchange information.” This also means that she and her future stepsons met privately before the wedding. Afterwards, information from these talks ended up in the press. According to Harry, William would never have done this and therefore it could only have come from the other person in the room.

Shocking statements – but by no means surprising.

Over the years I have often asked my interviewees, all of whom were Royal experts, many of them members of the Royal Rota, about William and Harry’s relationship with their stepmother. Not one of them spoke of a warm, even maternal relationship. She was the father’s wife, that’s all, it was often said quite succinctly. The brothers wanted theirs “father” see happy.

Why this broadside against the queen now?

For Stefan Blatt from the magazine “Colorful” the answer is quite simple: Harry needed a scapegoat and found Camilla. He couldn’t shoot directly at his father and therefore took his father’s wife. However, the Duke of Sussex would be alone with this opinion. “William eventually realized that he had to move on for rational reasons – he and Kate, and Charles and Camilla are now a team – and that he couldn’t label Camilla as a bad woman. It always takes two and here we are also talking about an arranged marriage. William recognized the connections, Harry seems to deny them to this day”according to the nobility expert.

Nonetheless, William has a dynastic obligation to which his younger brother is not subject. The Prince of Wales has a responsibility to secure the future of the monarchy. Does that also mean throwing other members of the family and especially him and Meghan to the press? True to the motto: If the other looks bad, I look much better. It is true that Mark Bolland, a media strategist, was hired by Prince Charles around the turn of the millennium to polish his and Camilla’s image. Years ago, British media reported that a campaign was being continued at the time – it began before Diana’s death and was interrupted by it – to make the heir apparent’s girlfriend presentable. The first outing together was carefully orchestrated at her sister’s birthday party in 1999. Two years later, the first kiss on the cheek in public. Charles and Camilla finally tied the knot in 2005. In slow steps, the people were prepared for a Queen Camilla. It now seems as if she has convinced a majority of Britons. Hard work, humble demeanor, humorous interactions with people – all this made the 75-year-old rise in the audience’s favor. The question is whether Harry’s statements can change anything about that.

Share
Facebook
Twitter
Pinterest
WhatsApp
Linkedin
ReddIt
Tumblr
Telegram
VK
Digg
LINE
Viber
Previous article
Brazil: How the attack went – and the parallels to the storming of the Capitol
Next article
the three powers of the State issued a statement and condemned the attempted coup