Golden Globes: Austin Butler wins as ‘Elvis’: Here’s what you need to know about the actor 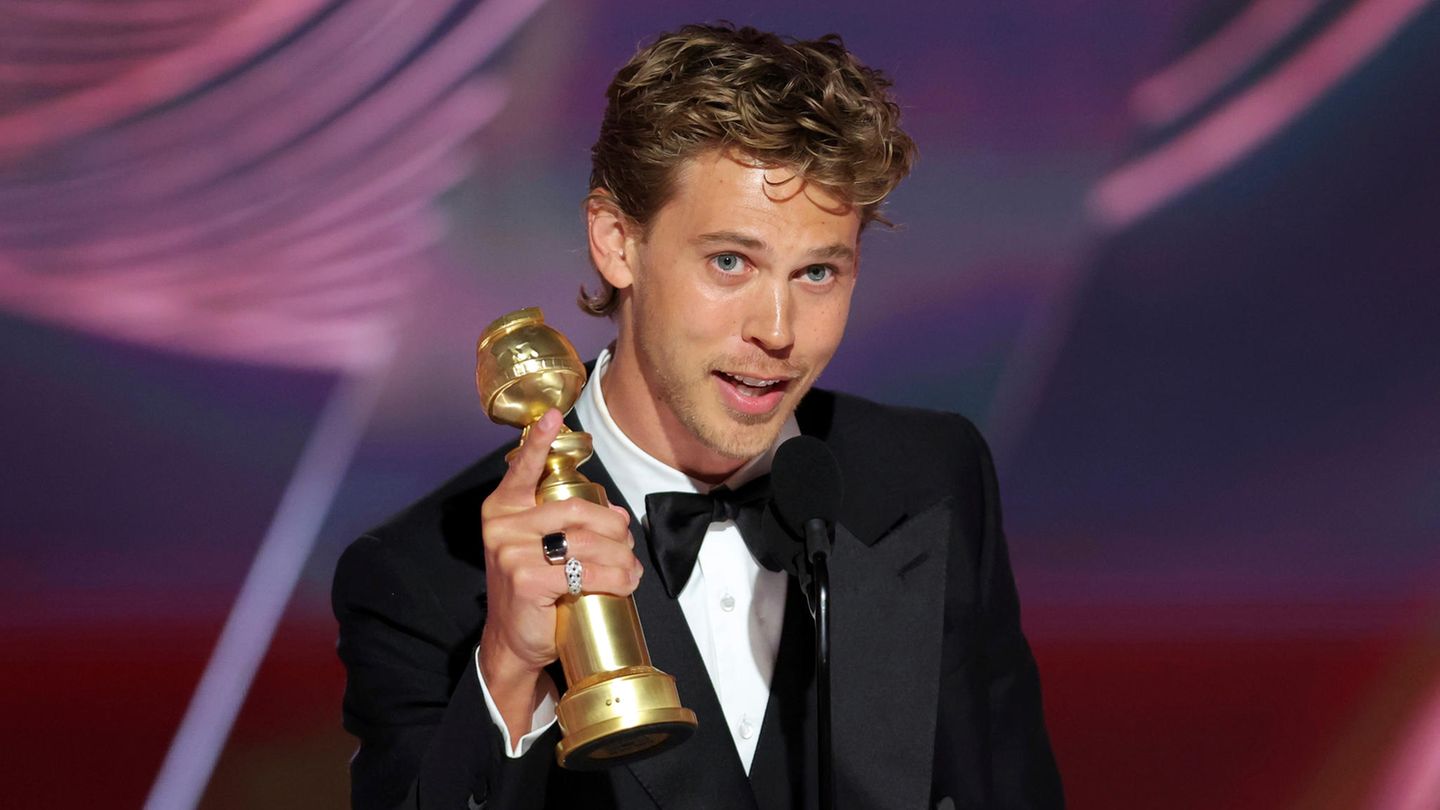 Austin Butler prepared meticulously to embody the role of King credibly and to meet the demands of the family and fans. A year before filming began, he began training his voice to sound as close as possible to Elvis Presley’s. He sings all the songs in the film himself. He also rehearsed the typical swing of his hips. “I watched as much footage from Elvis’ concerts as I could, over and over again,” Butler told the .

Filming began in January 2020 in Australia, but had to be interrupted several times due to Corona. Actor Tom Hanks, who plays Elvis Presley’s unscrupulous manager Tom Parker in the film, also fell ill. Austin Butler was supposed to fly back to Los Angeles during the breaks in filming, but he stayed in Australia and used the time to study Elvis Presley even more intensively. The 31-year-old posted hundreds of photos of the singer from different decades on the walls of his apartment, as he said in an interview with .

“Elvis” premiered at the Cannes Film Festival in May 2022. There was praise, among others, from Elvis’ daughter Lisa Marie Presley. Die : “His performance is unprecedented and finally accurate and respectful. If he doesn’t get an Oscar for it, I’ll eat a broom.” Austin Butler already has the Golden Globe in his pocket. He will find out on January 24 whether it is enough for an Oscar nomination. Then the nominees for the 95th Academy Awards will be announced.